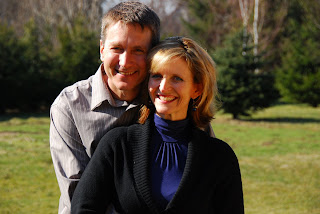 I can't figure out if 22 years feels like a long time or a short time to have been married to Dave! And I mean that from the most positive standpoint!

Twenty two years ago we were standing in front of a beautiful cathedral in Speyer, Germany repeating our vows to one another. I remember it like it was yesterday!

And yet...SOOOO much of life has happened since then. Four more years of ministry in Germany after we were married, a master's degree in Wheaton, a move to Czech, three kids, a dog and a whole lot of ministry after that! Whew...in that case it feels like we've been married forever!

Well, whatever the case may be...it's been an incredible, adventurous, happy, growing, loving 22 years together. I got to marry my best friend, and I'm still married to him...how great is that??!!
Posted by Unknown at 9:20 PM 2 comments:

Email ThisBlogThis!Share to TwitterShare to FacebookShare to Pinterest
Labels: Dave and Connie 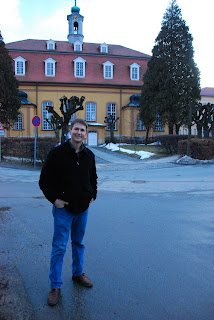 If you know Dave well, you know of his deep admiration for the Moravians who fled to Herrnhut, Germany in the early 1700's when they were under persecution for their faith here in our area of Czech.

Count Zinzendorf, a godly German man, sheltered the persecuted Moravians and permitted them to build the village of Herrnhut on a corner of his estate after they were led there by a man named Christian David in 1722.

Over the next few years, they formed a powerful spiritual community from which they sent out thousands of missionaries around the world and maintained a hundred year, 24 hour prayer chain! 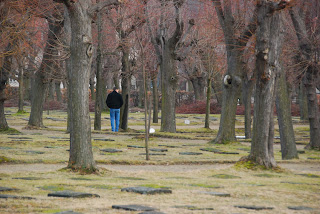 Some say that this was the beginning of the modern missionary movement, and from which we take our spiritual roots.

The day we left Berlin we drove about four hours southeast through the former East Germany to see Herrnhut. A dream come true for Dave! 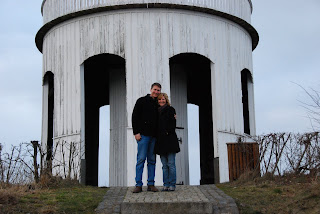 s, saw the original church where the Moravians worshipped (and still do to this day), drove to Zinzendorf's estate in nearby Berthelsdorf, climbed the hill to the prayer tower where they had prayed over that hundred year period, and walked through the cemetary where many of the Moravians, including Zinzendorf as well as some of early missionaries, are buried.

It was a little like being surrounded by "such a great cloud of witnesses"! Every tombstone is inscribed with Scripture, and honestly, you felt the presence of the Lord there through the faithfulness of those believers. 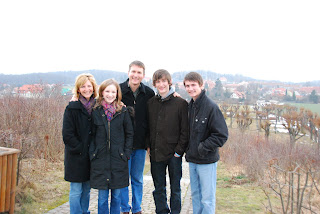 Oh to be found so faithful! It was a moving afternoon to be in Herrnhut, one that we'll remember for a long time.
Posted by Unknown at 4:02 PM 4 comments: 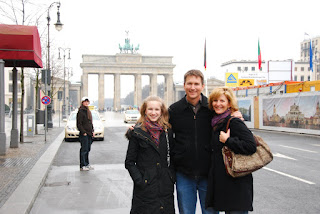 I didn't get a chance to blog about the little trip we took the week before ladies retreat. It was such a memorable time that I didn't want to miss saying a few words about before too much time passes.

Dave flew in from the States to Berlin on Sunday, the 1st of March, where the kids and I met up with him at a hotel - we arrived within a half hour of each other which is pretty amazing when you consider he'd been flying for 24 hours and we'd driven 7!

For years we've been wanting to visit Berlin, but had just never made it there. When we were thinking about what to do for our last spring break together, before Tyler heads to college, we decided Berlin was a reachable and interesting destination. What a good decision that was! 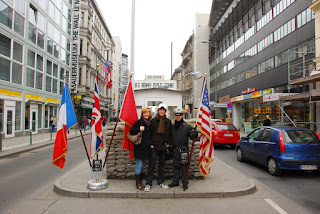 If you have never been to Berlin, I can't recommend it enough. It's not a place that I'd want to necessarily "vacation" (I'm not a big city kind of girl for vacations), but for a chance to see some really cool historical things, it's a great destination! We were only there an evening and a day, but we packed it in!

Highlights...definitely, seeing what's left of the Berlin wall and the Checkpoint Charlie Museum. Also loved the Pergamom Museum which houses, among other things, the Ishtar Gate and the Procession Way of Babylon together with the throne room facade of Nebuchadrezzar II. Very impressive!

We also loved walking on the Unter den Linden, a famous street in former East Berlin, visiting Potsdamerplatz (an amazing shopping complex built after Communism fell over the ruins from WW2), seeing the Brande 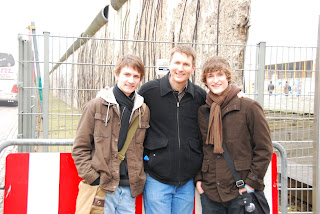 nburg Gate, the Berlin Cathedral which is a beautiful Protestant cathedral dating back to the 15th century, and...Starbucks! LOL! I bet you would never guess that there are 20 Starbucks in that city!

It was very moving to be in a city that was such a bastion of freedom vs oppression during the years of the Cold War. I don't think I had really understood the significance of West Berlin all those years. It was an island of freedom right in the middle of oppressed East Germany. For Americans, you had to take a US troop train in through the night to visit it during those Communist years - something we wish now that we'd done during our years in Germany before the wall came down. 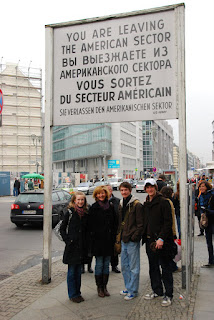 a rather incomprehensible reality of what formerly was. The wall literally tore a city in half when they built it in 1961. What a tragedy for those who lived on the wrong side. They suffered many years, while the West Berliners just over the wall lived in freedom. I can't imagine what that must have been like.

Posted by Unknown at 3:26 PM No comments: 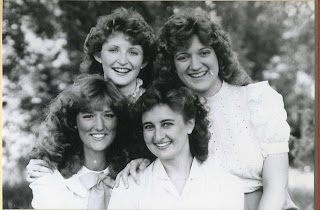 The summer of 1984 was a life-changing summer for me.


First of all, I'd gotten a call in February from a certain guy asking me if I would pray about going with Malachi that summer. You can probably guess who that guy was!


Then in May, I got in a car and drove 24 hours to Denver for training with the seven 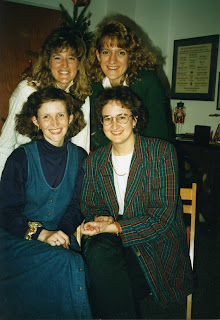 other people I'd be spending the summer with. Jerri Miller Kayll and Dave Schroeder were in that car, and in Denver I met up with Laura Larrabee Hash, Joyce Patty Schroeder, Steve Patty, Brian Davis and...yep, Dave Patty!
Meeting these people truly changed the course of my life...I've been different ever since! And the friendships that I formed with those three women turned out to be lifelong ones...all three were in our wedding, Laura and I have been here in Eastern Europe with JV for 15 years, we've all connected here and there over the years and I got to have Joyce as my sister-in-love!

The four of us don't get to be together very 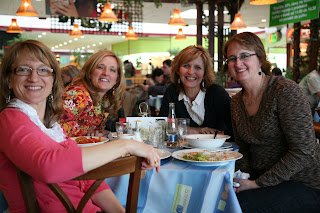 often, though our hearts are deeply connected. So any time we have together is precious and valued! I'm so thankful the Lord gave us this past week to share together.

Email ThisBlogThis!Share to TwitterShare to FacebookShare to Pinterest
Labels: friends 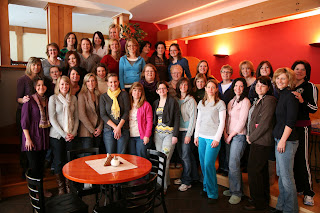 One of the sweetest events every year is time with the JV ladies at our annual retreat. These are some of the most courageous, loving, tenderhearted, hard working, "on fire for the Lord" women that I know, and it's always a joy to spend a week with them!

We were up at Malenovice this year - a treat for me (and I think for them too!) since it's practically in our backyard.

If you've ever been there you know it's a beautiful, peaceful, restful place where the Lord meets us time after time...and He did this time too! Plus, the gift the staff there gave to us by serving so selflessly made our retreat all the better!

I invited my sister-in-law, Joyce, and long time friend, Jerri, to come and speak to the 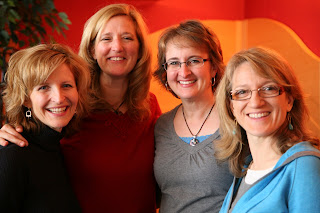 ladies this year. I have known these women for 25 years, and actually started out in ministry with them and Laura Hash in Germany serving in Malachi all those years ago.

What a gift to me to still be connected to them, continuing to grow in our friendship through the years! It was wonderful to have them join me in ministry for a week with the JV ladies. I am so blessed!
Posted by Unknown at 8:59 PM No comments: