It's been a long week-end of waiting for Caleb. As in most areas of the world, not a lot happens over the week-end at the hospital...except for laying around and resting, which is what Caleb did.


But, the good things this week-end were:

* Caleb was moved to a new room on Friday and found in his new room, a long time friend of Tyler's as his roommate! They had a good time together until he left this morning, Sunday.

* The weather was beautiful so he could have the windows open most of the week-end to let in the fresh spring air. The view from his room is quite spectacular which was refreshing.

* The nursing staff over the week-end were so kind, fun and cheerful! We assume the week day nurses will be more of the same, but it was wonderful to have such engaged, loving nurses caring for him this week-end.

* When he had to drink almost a gallon of horrible stuff to clean him out today, he did it like a champ.

* He and I had four hours of uninterrupted talk time this afternoon - one of the most special times I've ever had with him.

* Dave, Tyler and Claire came after church at 6 tonight and were there with us another two hours - we talked, laughed, played "Pass the Pigs", watched a little "Naruto", and just enjoyed family time in a hospital room.

Though Caleb is in pain, God cared for him in so many ways over the week-end, and we know that will continue on into this week.

Tomorrow at 1 PM he will have at least a CT scan, perhaps an endoscopy or colonoscopy also, depending on what they find in the CT scan. Either way, he's cleared out and ready to go on those tests. Pray that there will be clear images of what's going on that will lead to a correct, and best, solution for Caleb.

Posted by Unknown at 9:54 PM No comments: 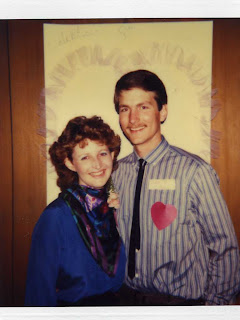 Twenty one years ago today, Dave and I joined our lives at an incredible wedding in Speyer, Germany! Our ceremony began at 11 AM on March 28th, and the bells at the cathedral where we were married rang out at noon in celebration of our wedding. Truly, it was like a fairy tale!

That day was perfectly wonderful...and the beginning of something that has just gotten better, sweeter, deeper and happier as the years have gone by.

I know that the depth in our marriage has partly come through trials like we're experiencing right now with Caleb. Because of that, I wouldn't trade them for anything. The Lord knows what He is doing and I trust Him with that.

Happy Anniversary Dave!!! Do we look any different today??!

Email ThisBlogThis!Share to TwitterShare to FacebookShare to Pinterest
Labels: Dave and Connie

Caleb in the Hospital 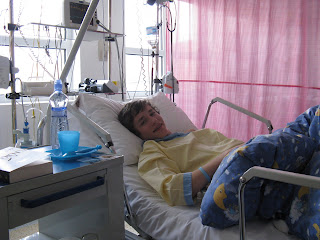 It was really a strange feeling to drive away from the hospital at 6 PM tonight, leaving Caleb there for his first night in the hospital. Every other time we've had hospital stays, either Dave or I have spent the night there. But Caleb's 15 now and didn't really need that anymore, even though he's not feeling great.

What a day it's been...every step of the way taken care of by the Lord.

With Caleb's stomach problems only getting worse, we went in to the hospital today to see if we could get started on finding out what's going on. Not only did we get started, but he's in ICU tonight getting great care.

The doctors and nurses we encountered along the way today were wonderful...competent, caring, kind, professional - everything you'd hope for in medical personnel. The main doctor had us in her office for over an hour, as if we were the only people she needed to care for today...and we know that's not true because she told us that the children's ward is completely full right now!

Things didn't really start moving until after Caleb had an ultrasound. It took a long time, of which Dave and I were out in the waiting room wondering what was going on...that's another change in how things are working these days! We no longer go in with Caleb for the tests!

Anyway...the technician called in another doctor to consult, and then went upstairs to talk with the head doctor we'd been talking with. The reason for this was that he'd found something that wasn't right, and in fact, was serious enough to get the ball rolling.

After that it was a flurry of activity and before we knew it, Caleb had his hospital pajamas on and was in a bed in ICU.

Tomorrow they'll start with some tests, leading up to a CT scan and endoscopy on Monday. Hopefully after that we'll have a better idea of what's going on. The suspicion is some sort of blockage - could be scar tissue from his last surgery, chronic infection or something completely different.

In any case, my heart is totally at rest and peace tonight...odd! But we have so asked the Lord to make the way clear for getting Caleb help, that I only see His hand in this and nothing else. I feel confident in the way he lead us, and the place and people he lead us to. Now we'll just see what's next...but I believe the Lord for good in whatever it is.

More when we know something...

April 24, 2008 - If, by chance, you are reading this "after the fact" I wanted to note a few things. One is that they did the CT scan and didn't find anything except that the intestines did telescope during the actual CT which is rare. They noted a few other unusual things, but nothing conclusive. After several weeks of working through their system, they came to a dead end saying they really didn't have the expertise to deal with this situation. This lead to a trip to the States where we are working with a doctor at Doernbecher Children's Hospital, still seeking the answers to the pain that is ever increasing in Caleb's intestines.

Three and a Half Hours Later... 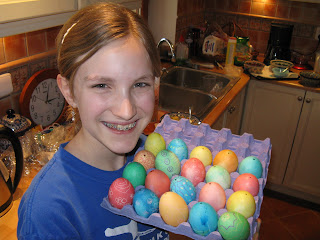 It's one of those traditions that we're still doing because it means something to her...she's definitely our "tradition" girl!

We've discovered a few tricks along the way - like who's good at blowing the eggs (me) and who is good a working with the dye (Claire). But we both take turns designing eggs and have a great time together doing it. 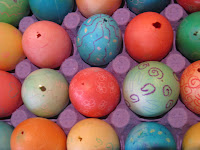 But the time and memory with Claire? Priceless!! 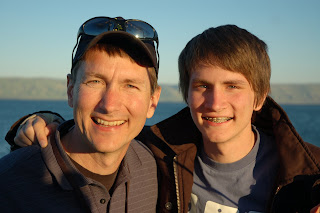 Monday afternoon Dave and Tyler returned from their trip to Israel, full of stories and great memories!

Dave was there for the GYI (Global Youth Initiative) conference and Tyler joined him for the post-conference tour. It was a 'once in a lifetime' experience for dad and son to have together!

Tyler wrote about it on his blog, and has more pictures - so head on over there to read more about it from his perspective!

We missed them (Dave was gone two weeks, Tyler 8 days), but are so glad they could share such an amazing experience together!
Posted by Unknown at 9:28 AM No comments:

As we were driving to Frydek Mistek this morning, Claire said, "You'll never see me like this again."


She was right...because Claire got a new look today! 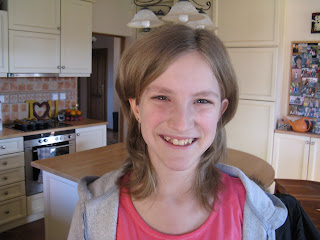 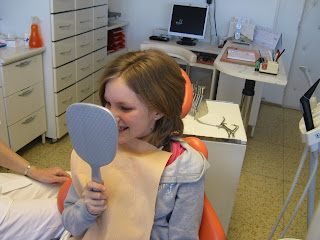 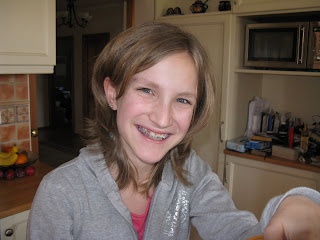 Hard to believe I have three kids in braces!!

Email ThisBlogThis!Share to TwitterShare to FacebookShare to Pinterest
Labels: Claire 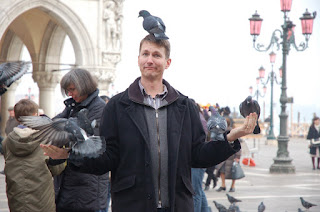 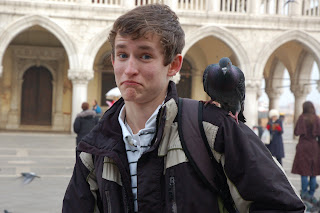 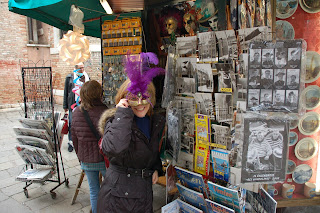 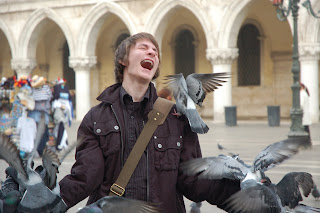 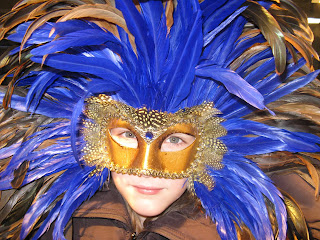 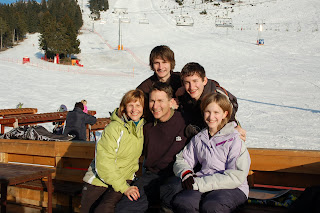 The kids had last week off of school so we headed down to Slovenia to spend spring break with our Patty family there. What an amazing time we had!

Burger King in Austria - we don't have that in Czech!

Skiing near Kranj on a perfect sunny day!

Hanging out in the mornings and evening with Josh, Kristi, the cousins and Scout the dog!

Seeing the Slovenia team and hearing what God is doing there.

Spending a day in Venice (the last time we were there, Tyler was four weeks old!).

Claire getting time with her JV friend, Laurel.

The boys hanging out in Ljubljana with David, one of our JV staff guys.

And a quick trip down to Rijeka, Croatia to see our JV family, the Vuletic's, there.

It makes me smile to think of how international our trip was...and how "normal" that is for life here!

But it's nice to have these sweet memories tucked away as good gifts from the Lord! 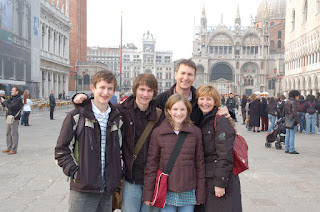