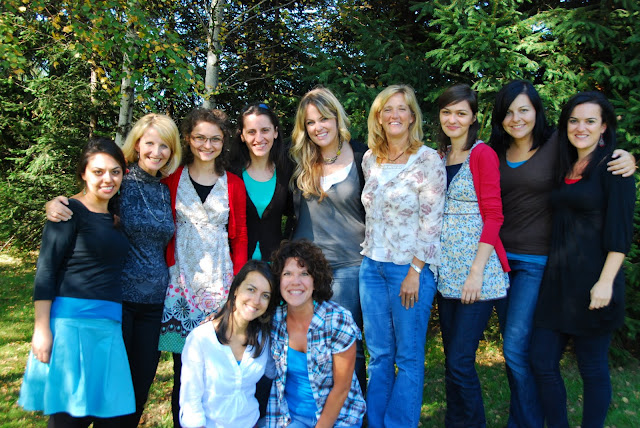 Six of the Romanian girls that we were with last week at their conference, came to our JV conference here this week!

Yesterday I had them over for lunch, along with Amy and Laura, Katka and Lauree (who were with Amy two years ago at the conference in Romania). But there's more to this blog post than just a luncheon update...

In December 1991, when Dave and I were first contemplating a move to Eastern Europe, quite honestly, I was having a hard time picturing what that would mean for me. 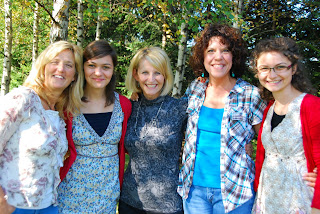 At the time, we were in the States while Dave was getting his Master's degree at Wheaton College. I was a bit "lost" then, missing the girls I had been discipling in Germany (with Malachi Ministries), looking forward to the day we would return.

Dave came home from a chapel service early in September and strongly felt the Lord had spoken to him about us moving to Eastern Europe to work with youth. I wasn't so sure about that.

Fast forward to December, in a motel room in the Puget Sound near Seattle, Washington. We were spending Christmas with my parents and our one year old, Tyler. My mom and dad offered to take him for a night so that Dave and I could get away. So there we were in a motel room.

For several months, I hadn't wanted to talk about the possibility of moving to Eastern Europe. Dave, being a wise husband, chose to just pray and trust the Lord that if He was calling him, he would also call me. Secretly, I was glad he was "just" praying - I felt that let me off the hook as I was sure there was NO WAY God was going to call me away from Germany and to Eastern Europe. 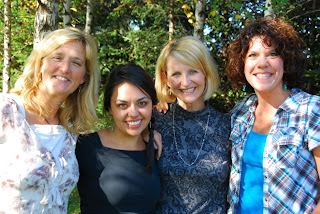 Back to that motel room. Dave stepped out into the hall to get ice from the ice maker (do they still have those things in motels these days?!) and left me watching a gymnastics qualification meet for the upcoming 1992 Olympic summer games.

I wasn't thinking about anything except how nice it was to be alone with Dave, how much I like watching the Olympics, and how kind it was of my parents to take baby Tyler for the night.

If you've read this far you're probably wondering...what on earth does this have to do with the lunch at your house yesterday?! It really does relate...keep reading!

Without explanation, in the five minutes Dave was out in the hall getting ice, God spoke to me. It was the first time in my life that I clearly heard His voice. To this day I don't know if it was audible to anyone else (if they'd been in the room with me at the time) or if it was just a quiet whispering in my mind. But it was very clear. 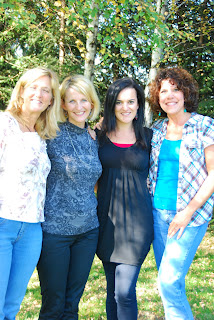 "Connie, do you think you would love those girls any less than the girls you have loved in Germany? Look at those faces...look at those girls. I will give you a love and heart for girls just like those girls you're watching right now on TV. Trust me to take care of you and I will bless you with special relationships with those Eastern European girls, just like you've had in Germany with the American girls."

That moment of hearing from the Lord, changed everything for me. Dave walked back into the room to a wife who said, "I want to talk about moving to Eastern Europe"...and that was the beginning of an amazing, nearly 20 year journey, of being a part of God's work in the lives of young people all across Eastern Europe.

And who were those beautiful girls God pointed out to me when He spoke to my heart in that motel room? They were the faces of Romanian gymnasts!

Last year when I stood in front of the room full of Romanian girls at the conference I was speaking at, I was overcome with emotion that God had brought me full circle with the words He had spoken many years before. We didn't end up moving to Romania, but there I was loving a group of Romanian girls!

And now yesterday...I had a group of precious Romanian girls at my house here in Czech!! And truly, I can tell you that I LOVE those girls...as I have loved many Eastern European girls through the years! But the Romanian girls will always have a special place in my heart because of how God used their faces to call me to Eastern Europe.
Posted by Unknown at 7:18 AM