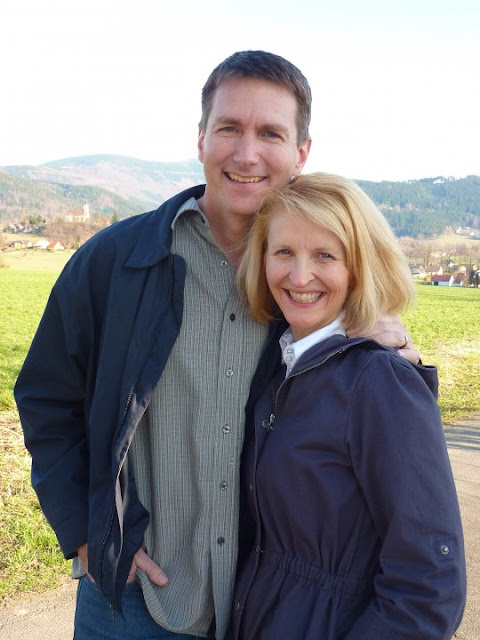 This morning I took Dave to the Krakow airport and he's now on a plane headed for Chicago.
As we drove there we talked about how just four weeks ago I was driving him to the hospital to check in - that seems like a long time ago now! How thankful we are though, that in just four week's time, Dave is well enough to fly to the States!
He'll have five days to get over jet lag and continue his recuperation before heading up to Gull Lake in Michigan for the family camp that he'll be teaching at. I think he'll need all those days as he still isn't up to full strength and energy...but at least he's well enough to go! Praise the Lord for all He's done for Dave's healing process.
On our way to the airport this morning we dropped off Claire at the train station where she was meeting up with her schoolmates for a class trip. She'll be in a town a couple hours away until Wednesday. So for now, it's just Caleb and I at home getting things finished up here before the three of us leave for the States on Friday to join Dave.
This has been a precious month at our house as we've walked through this monumental event in Dave's life. There have been so many sweet hours of conversation, so many blessings from the Lord, such closeness between us all. Just want to say again that the Lord is good in all situations.
Next blog post from the States...and hopefully with pictures! :)
Posted by Unknown at 5:04 PM