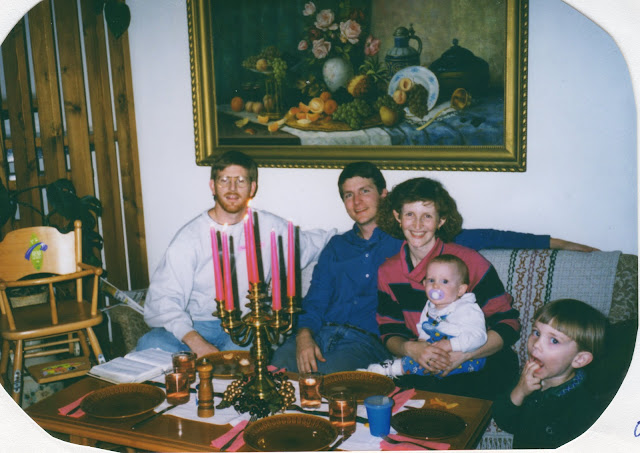 In 1993 we had only lived in Czech two weeks when Thanksgiving Day arrived. Days before that, Laura Hash (she and Dan had moved to Poland at the same time we moved to Czech) and I decided that we should do a meal together to celebrate...but neither of us had ever cooked a whole Thanksgiving dinner before!

After a flurry of phone calls back to Germany (to my mother-in-law and to Jim Miller, a friend of ours who is known for his cooking skills!) we attempted the meal with fairly good success. I must add that turkeys were hard to come by back then, so our little bitty turkey that year was found by Laura in the deep freeze of a Polish grocery store, and who knows how long it had been there! 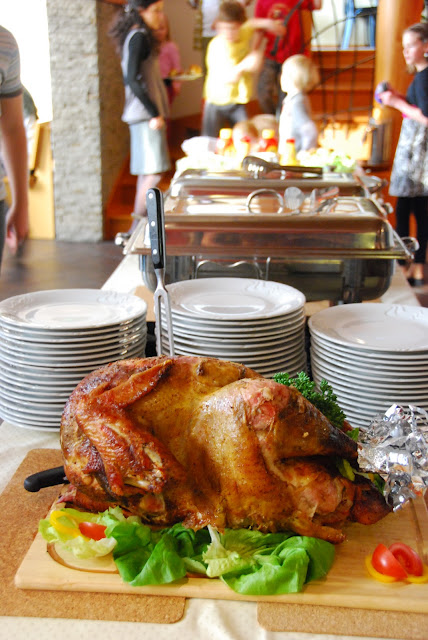 Yesterday as we gathered at Malenovice with 72 JV staff and kids (which is just a quarter of our team now), I had such thankfulness in my heart for all that God has done during these years since then...and for large, fresh turkeys that we now have (takes four big ones to feed us all!).

We loved life back then, but we love it even more now! Our team has grown many times over since 1993, and that's a huge blessing and delight to us. We have much to be thankful for these past 17 years!
Posted by Unknown at 2:05 PM