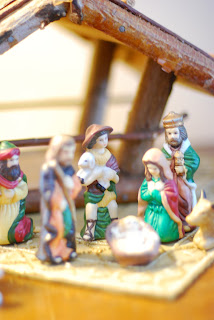 Every year as I'm packing up the Christmas decorations, I vow to put them up earlier next year. It just seems like there is never enough time to enjoy them as the holiday season speeds by.

Of course one of the perennial problems is getting a tree that will last through the season. That's often reason number one for taking the decorations down early around here. 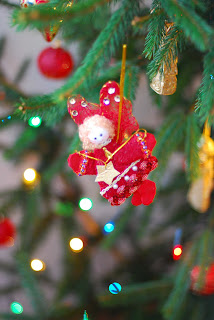 Years ago, when we first moved to Czech, it was next to impossible to get a nice live tree - no Oregon Noble firs of my childhood to be found anywhere! Oh there were live trees...but they looked like they were more on the "Charlie Brown" side of things - not what I envisioned for gracing our home for the Christmas season.

So we opted for a fake...errr...artificial one (that sounds much better than fake!) for many years. The one time that a friend of ours actually went out into the woods and cut one down for us, it died literally within a week...no idea why. I had to put the artificial one up anyway, just to get us through that Christmas.

Now here we are...rolling into the 2010 Christmas season...my vow from last year tucked away, as usual, in the recesses of my mind. 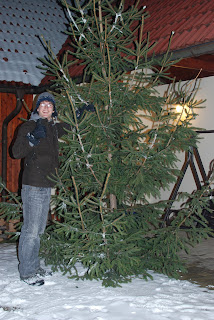 Last night as we got home from church, I was just thinking about what to make for dinner - the thought of Christmas decorating was no where in sight.

But our kids had a different idea...and six hours later, with the vow pulled out from its dusty place in my mind, willing and helpful family members hard at work (Claire even baked cookies!) and our favorite Christmas CD playing in the background ("Angel Tree Christmas" - awesome CD!)...our house was transformed into a Christmas paradise in NOVEMBER! Granted it's almost the last of the month...but this is a first in our house!

Especially since it snowed last night. A lot. We woke up to lots of snow gently falling, the scent of a fresh tree wafting through the house (which we chopped down from our yard...yep, we did! Well...Caleb did. But I stood there and photographed the event!), and decorations everywhere. It honestly happened so fast last night that it felt almost as if an elf came in the night and did it all for us. 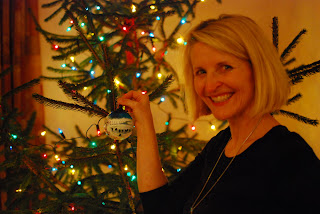 Of course this elf was up finishing things until 12:30. But still! It was such a beautiful sight to wake up to.

And now I feel like I have time to enjoy this Christmas season, perhaps like never before. I'd love to be like the Shepherds of old, who upon having seen the baby Jesus, returned to their normal lives glorifying and praising God for all the things they had heard and seen.

That's my Christmas wish for myself this year!
Posted by Unknown at 12:15 PM