Last Monday I wrote about the Abba's Girls retreat that Claire was to lead this past weekend.

She beautifully wrote about it on her blog which you can read HERE.

These are a few more photos and details about it from my perspective. 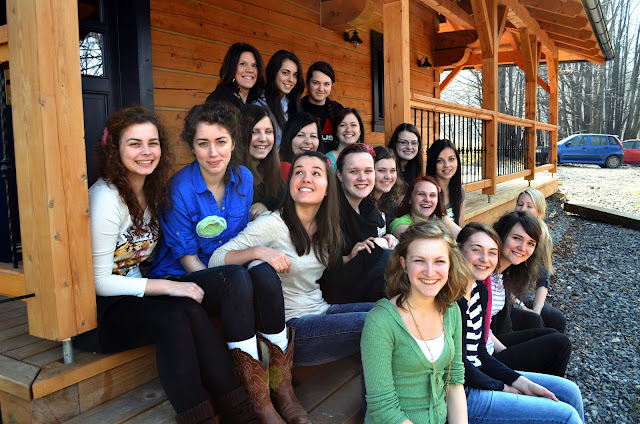 There were so many sweet elements to this retreat - details that Claire had organized to make it feel really special for the girls. They made beautiful flowers for their hair, or to wear as pins, when they arrived Friday after school. 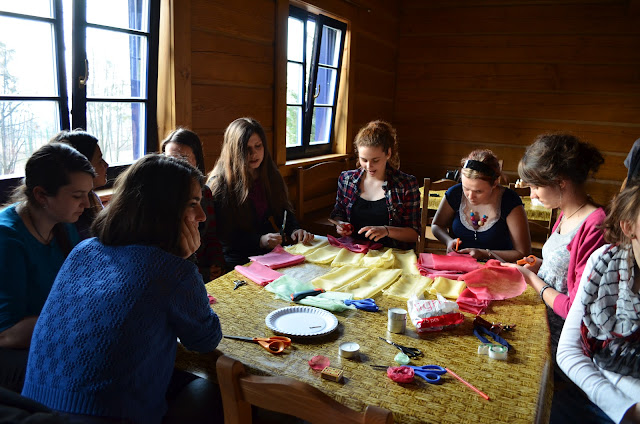 Through the generosity of some dads in the States, each girl received a cozy blanket on Friday night, which Claire explained to them in this way:

I told the girls that I had a special gift for them, from their Father, that came through the generosity of dads in the States. I had them close their eyes, and picture the Father coming up to them and handing them something. When they opened their eyes, there was a big soft blanket for each of them. Oh, you should've seen the joy on their faces! I could just tell they knew it was a gift that the Father wanted to give them. I asked them to picture the Father embracing them each time they used this blanket.
So Precious! 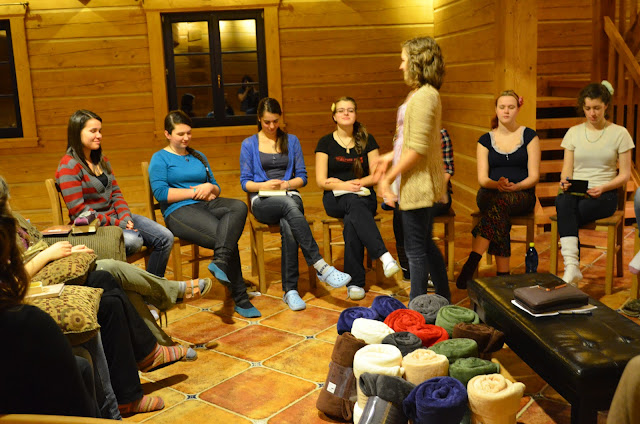 The dads who gave the gift to make this possible are part of something called "The Abba Project" that my dear friend, Michelle, leads in Portland, Oregon. While it was actually Caleb's idea that sparked the planning of the retreat (yay for older brothers with retreat leading experience!), it was Michelle who gave it its name, "Abba's Girls", and followed through with ideas and lots of prayer for Claire and the retreat these past months.

Amy Ellenwood spoke to the girls about what their needs are as young women, what they long for from their dads, and what they need to be getting from their heavenly Father. She candidly shared her journey of relationship with the Father in a way that really touched the girls. 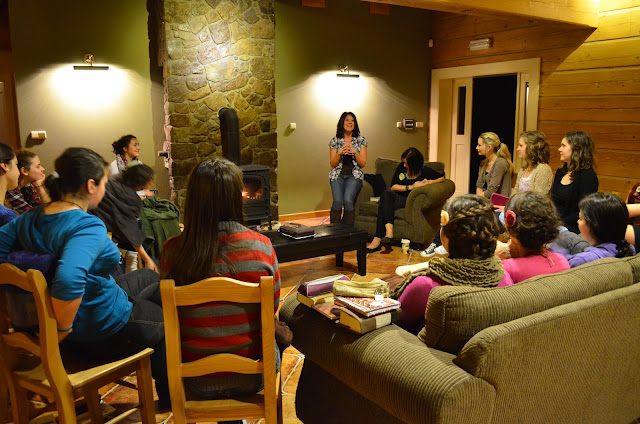 They were able to spend good girl time, time talking together! 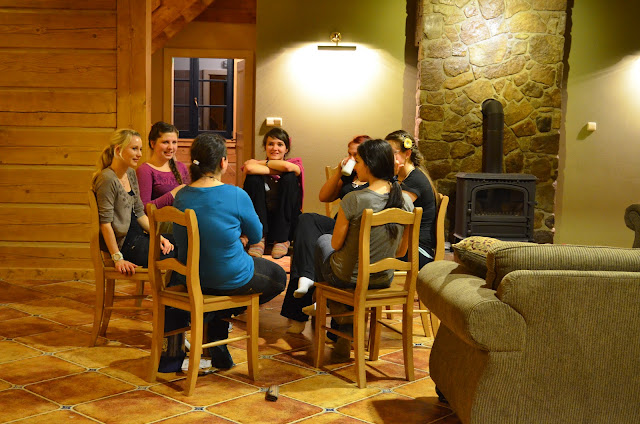 Another sweet detail was a group of women from a church in Wisconsin who had come to serve on a work team, but who also served at the retreat as well on Saturday afternoon! They brought all kinds of supplies for the girls to make beautiful bracelets. 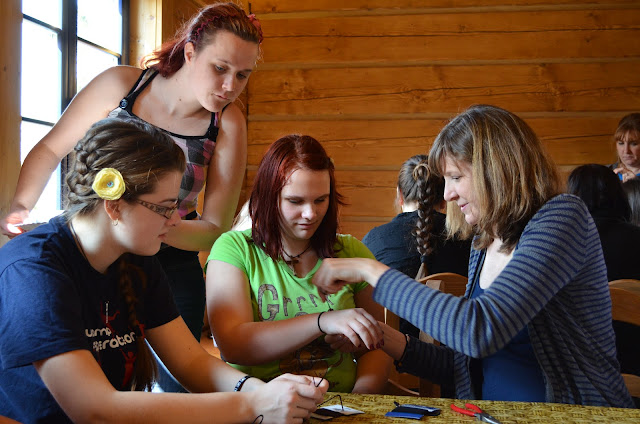 There was lots of laughter, joy and delight throughout the 24 hours the girls spent together! 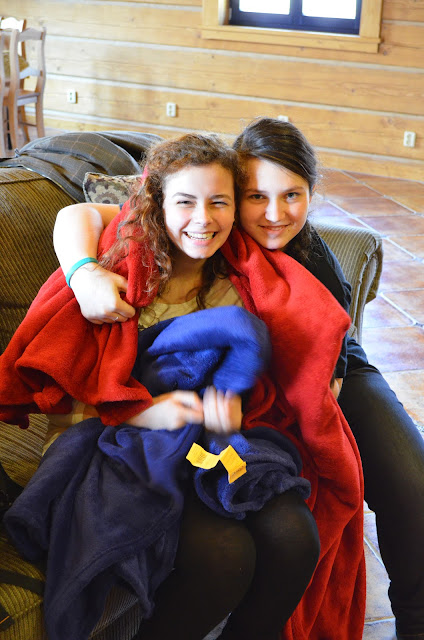 I'm so proud of Claire for her faith and courage to respond to the Lord's prompting to do this for these girls, her friends and fellow students at BMA. 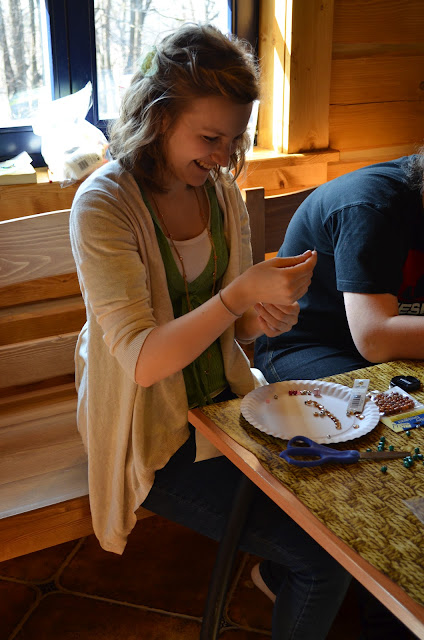 My prayer is that the things they heard and experienced will burrow deeply into their lives as they continue to grow in their relationships with their heavenly Father. 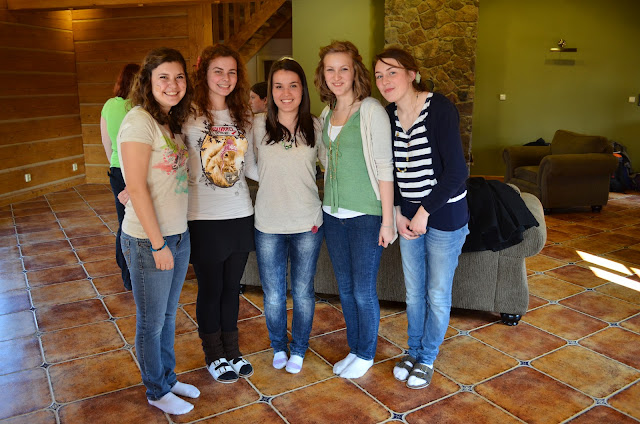 Email ThisBlogThis!Share to TwitterShare to FacebookShare to Pinterest
Labels: Claire