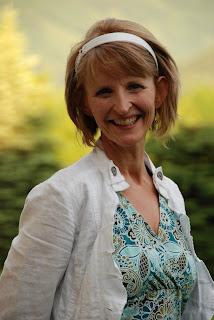 "Could you do something about my roots and give me a little trim while you're at it?"

On Friday I was at a new hair salon in Polsky Cieszyn, just over the border from Český Těšín (for any of you who are interested...it was one town a long time ago, but eventually divided by the Czech and Polish border. Today, since the borders are down, you can walk across a bridge between the two).

My friends, Laura, Amy and I, were trying out a new salon we'd heard about there. We've been doing hair together for, oh I don't know, maybe five, six or seven years. It's our 'three times a year' girl get together, which used to be in Katowice until we ran out of good stylists there (all the good ones have gone on maternity leave through the years!).

Laura got her hair done at the new salon by the woman owner, and I got Mariusz, the only guy I've ever had do my hair in all these years of living in Europe!

He started out by doing more than just roots...guess he thought I needed it! But it turned out pretty and I was feeling good as he spun me around in the chair to give me my first look at it. 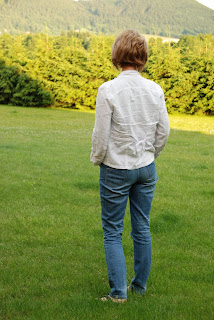 Before I could even comment he said in his broken English, "And now, I have new idea for your hair...but it is VEEEERRRY different. Can I explain??"

Well the truth was, I'd been feeling like I needed something new for a while. So the answer? "Sure...why not!"

Amy gasped a little bit and said I was brave! Laura just laughed...she's known me a long time! I used to change my hair fairly often, but have had the same style for a while now. So...it was time to make a change!

As he brought the scissors up to my hair he said, "Maybe you close your eyes...and keep them closed!" For some that would spell doom...but for me...I don't know...made me kind of excited!

At one point I opened one eye to look down at the floor and whoa! There was quite a bit down there! A girl quickly came with the broom and swept it away so I never really knew how much came off. 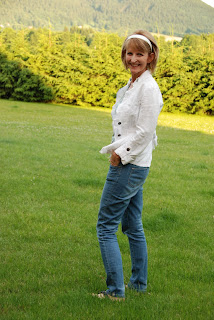 But in the end, when he again spun me around for a look, I was happily surprised! It was different...trendy...fun...perky...and, a good new look for me, I THINK!

When we walked out and I saw my reflection in the first window we passed by, I was taken aback. I honestly didn't recognize myself! But I'm adjusting now and think it's going to be just fine!

I got a big thumb's up from the boys when I got home...that was encouraging! Caleb says I look like a mom in a magazine...whoo hoo! That's a good compliment...I think! Dave has yet to weigh in since he's in the States!

Anyway...this is one of those blog posts that's mostly for my girlfriends (and my mom!!), but maybe you'll get a kick out of it too even if you're not a girl!
Posted by Unknown at 9:33 PM

Email ThisBlogThis!Share to TwitterShare to FacebookShare to Pinterest
Labels: Connie