More than twenty years ago, soon after we were married, Dave bought me a Bible and had my new name inscribed on it.

I was delighted! To see my married name on my Bible meant the world to me. 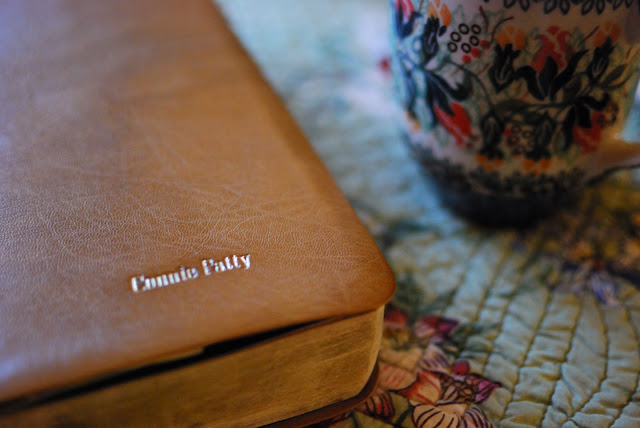 Time passed and that Bible became my friend...a well read, well worn, well written-in friend. There are so many observations, notes, personal thoughts, dates of when certain passages impacted me, or when I prayed a certain passage for someone, in that Bible.

But a year or so ago, it started to fall apart. First the maps came out, then the front pages, then finally, the Scriptures themselves started tearing out of the binding.

I was so torn. I loved this Bible, but I knew it wasn't going to last much longer and that really made me sad. The thought of parting with it was like thinking about losing a dear friend.

When we were in the States last summer I looked at other Bibles. But every time I imagined owning it, I just couldn't bear to think of losing twenty-plus valuable years of writing that was stored there.

I finally just put some typical gray duct tape on the binding (which looked really lovely against the green leather - ha!) and decided I'd make due until I could figure out what the next step should be.

Around the beginning of December, my Bible disappeared. I kept thinking it would show up, and honestly was a bit embarrassed that I'd misplaced it so never said anything to Dave. Instead, I just used other ones we had around. But I missed my own Bible.

After Christmas, I finally told Dave that I couldn't find it and was wondering if he had any ideas about it. He smiled and said, "Yes...I took it." 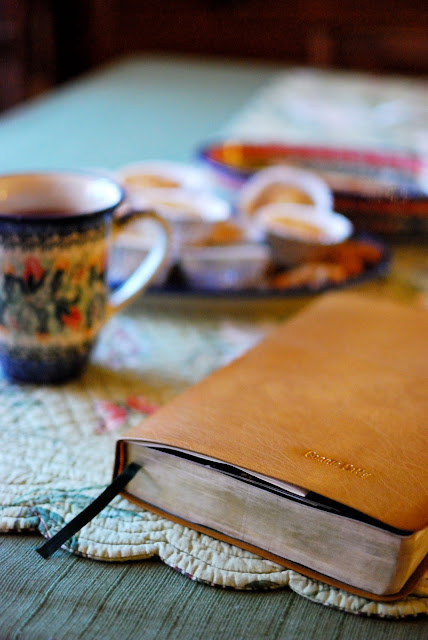 With the help of a friend, he had tracked down a professional book binder in Ostrava. She agreed to do it, but said it would take two months to finish as it's apparently a lot of work to completely rebind a book, especially of that size.

He also said that he was waiting for a proposal of what types of leather it could be bound in, and what the cost would be. So most likely it would be at least two months, if not more, before it was finished since he hadn't received that yet....and he was really sorry that I'd have to wait so long for it.

However, just a few days later, an e-mail came to him from the book binding woman. She gave him the cost of the re-binding and...sent a picture of my Bible...completed!

She said, "I could tell that the person who owned this book really loved it and was probably missing it. So I made time over the Christmas holiday and completed it for you."

That is one of the most meaningful things I've had said to me!! There are few compliments anyone could give me that would mean more...that she could tell how much I loved my Bible. It delights me every time I think about what she said!

So, these pictures are of my new/old friend...who I hope is even more well worn, well read, and well loved over the next twenty years. 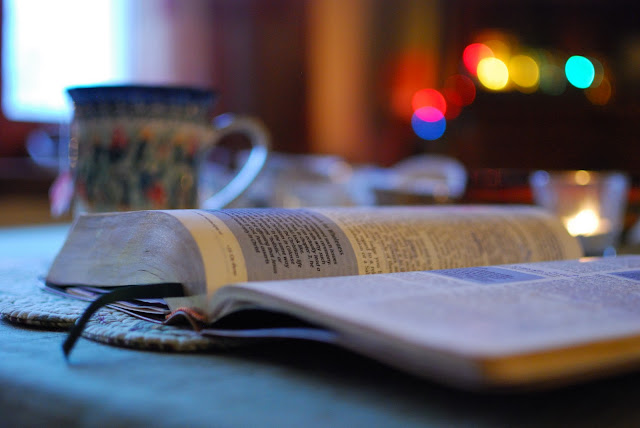