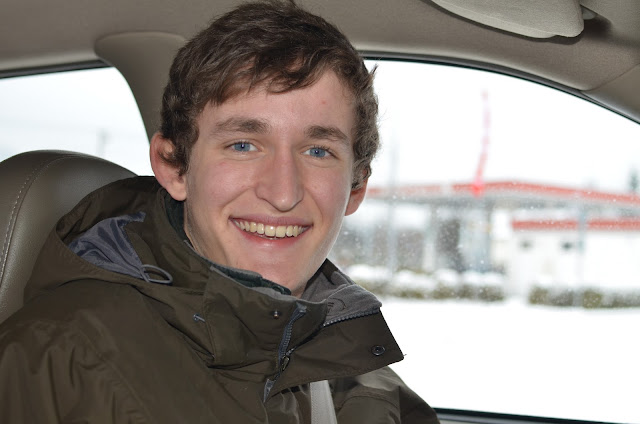 I took Caleb to the town hall at 6:50 this morning, where he met up with his driving instructor and three other students taking the test today. They all went in to the office where they took turns, having a half hour to sit at a computer and take the written portion of the test (which is all in Czech...maybe you knew that but just thought I'd let you know!).

At 8 AM he wrote to say he'd passed the written exam.

Next was on to meet with the town official, the komisař (inspector), who took him through the mechanical portion of the test. A half hour later, he sent another text message saying he'd passed that part too! Now just the driving was left.

I was busy working on other things this morning, but listening for a text message the whole time, expecting to hear something fairly soon. But 9:00 passed, 10:00 passed and 11:00 passed! Yikes! I was starting to wonder!

Caleb's driving instructor said he'd for sure be finished around 11, so I drove down to the town hall to wait, even though I hadn't heard anything.

Another half hour passed...and I was really beginning to wonder! 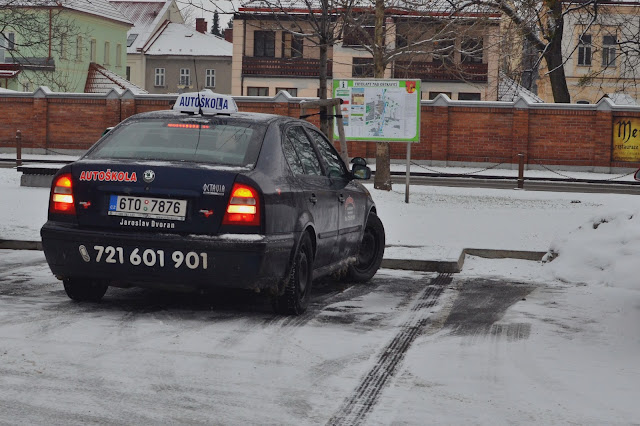 But finally at 11:30, Caleb came driving into the parking lot. I watched him get out and give his instructor a thumbs up. Then I knew his verdict...success!!

Since I was there when they arrived, I was able to snap a photo of Caleb and his instructor (you know my love for pictures to capture the moment!). 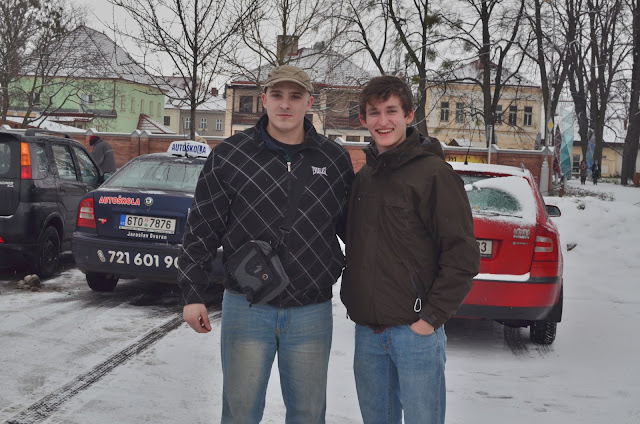 We then drove off, with Caleb behind the wheel as an official license holding driver in the Czech Republic, and mom riding in the passenger seat taking pictures! 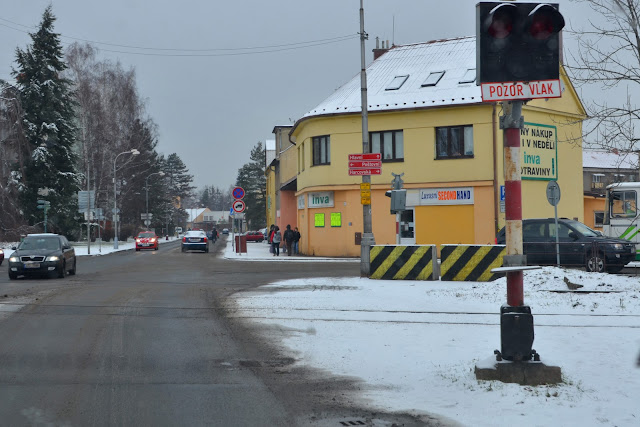