End of the Semester

After four and a half years of having college students, today was a first with them. 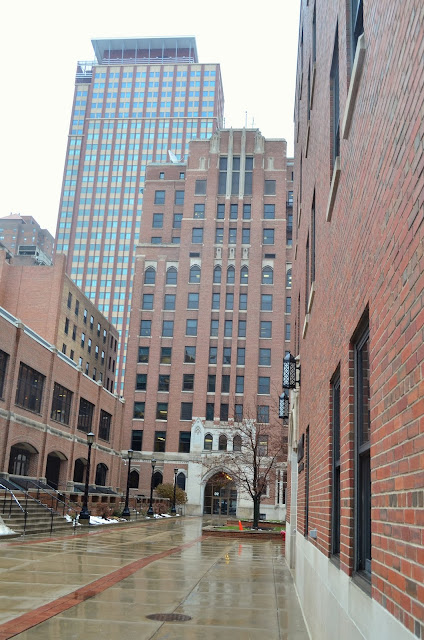 To many it may seem like no big deal, but this was the first time EVER that I got to pick my kids up from college for Christmas break! Sure, in past years I've made the trek to Prague or Krakow to pick them up from the airport...that was special in its own way.

But this morning, I got to DRIVE downtown Chicago to pick them up! 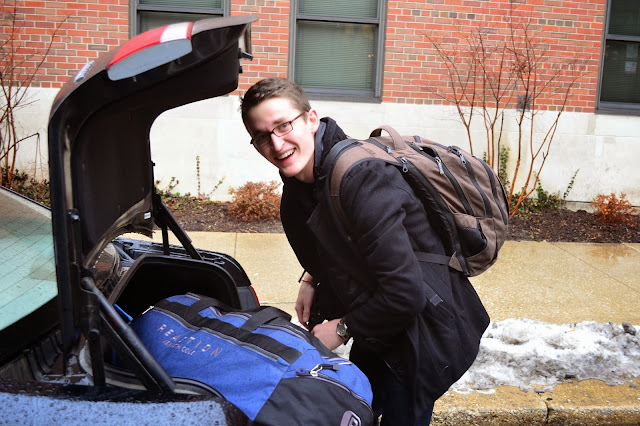 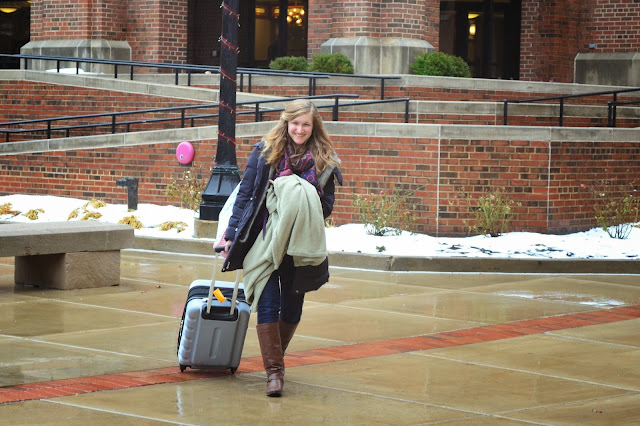 Since I'm all about celebrating the little things, we headed downtown in search of a certain place. 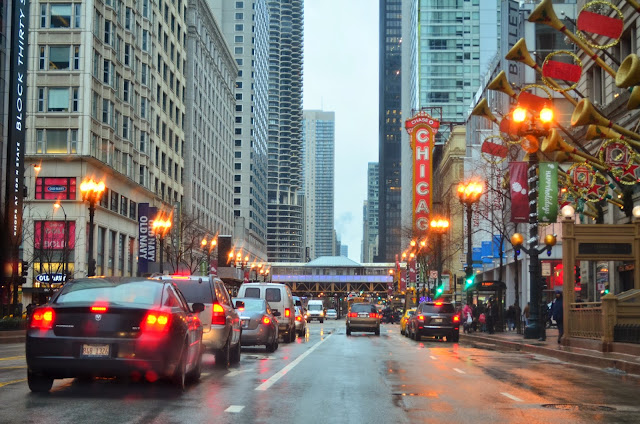 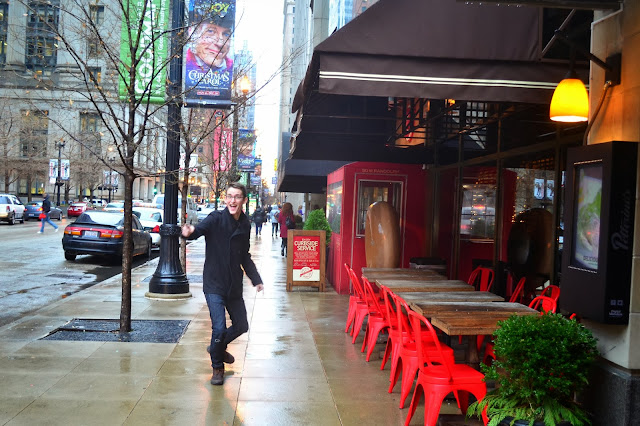 Caleb had heard about this place, Do-rite Donuts that makes small batches of donuts each day so they're absolutely fresh. While they're supposed to be really yummy, they're only open until 2 PM and he's never free to get there by then because of classes.

But today, it was only 10 in the morning so we were all about heading there to see what they had! 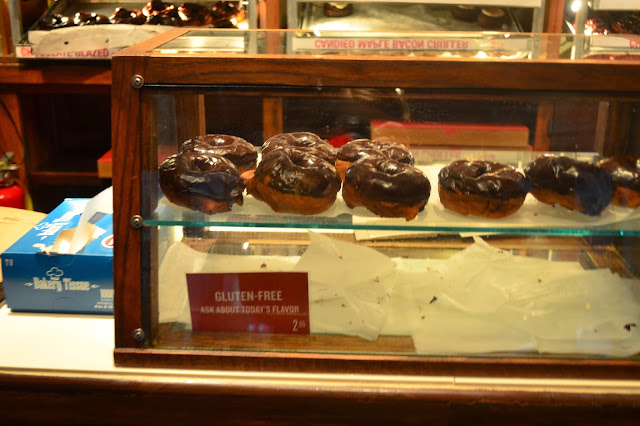 YES! They make gluten free donuts! And let me tell you - I have NEVER had a GF donut that tasted like this! Definitely a good treat for celebrating the end of a great semester. 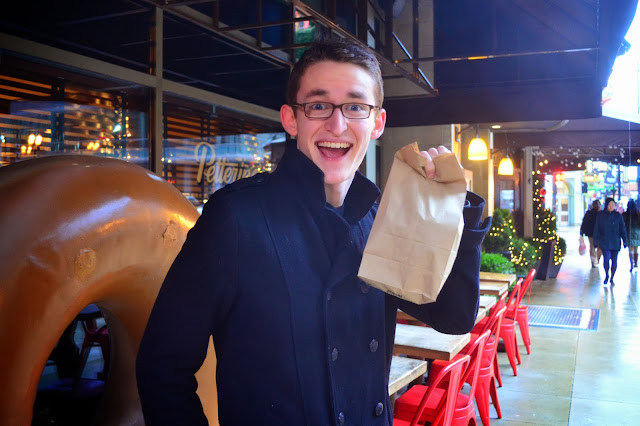 Donuts were just the appetizer as we headed on to a great breakfast place downtown. 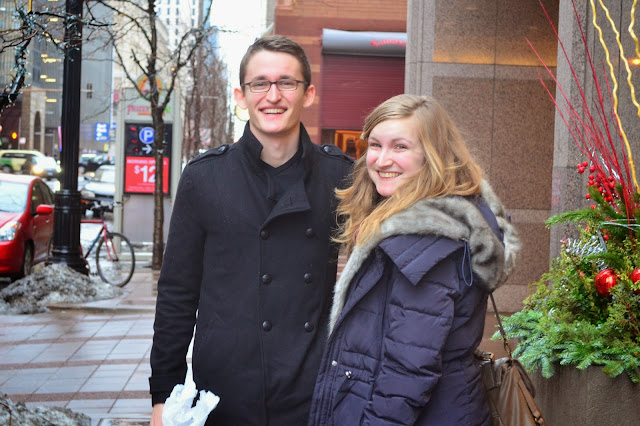 While waiting for our order, Caleb called Haley...in Slovakia! She flew home yesterday, arriving this morning. Glad to know she's there safely with her family who serve with JV there. 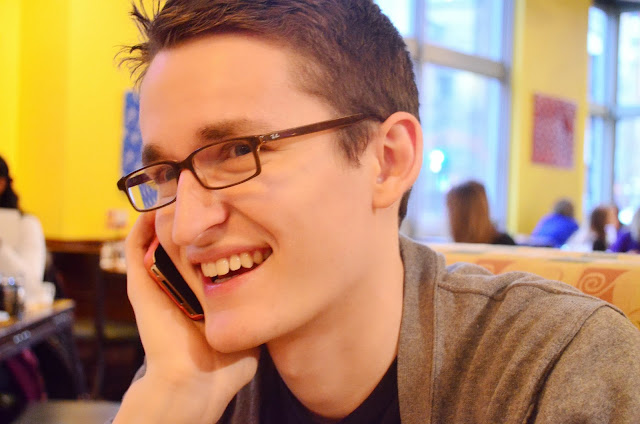 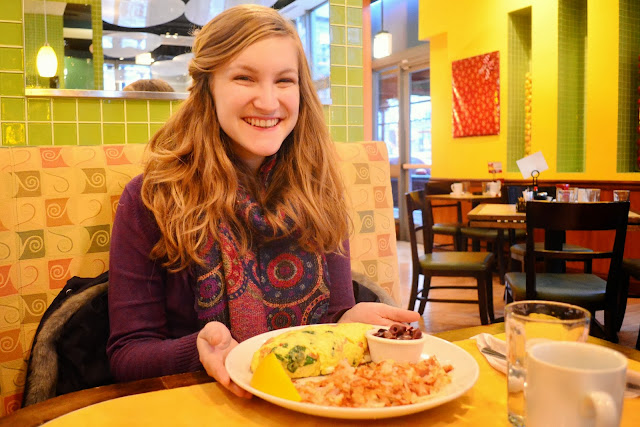 What fun we had laughing, catching up, and enjoying unstressed time together now that finals are done! 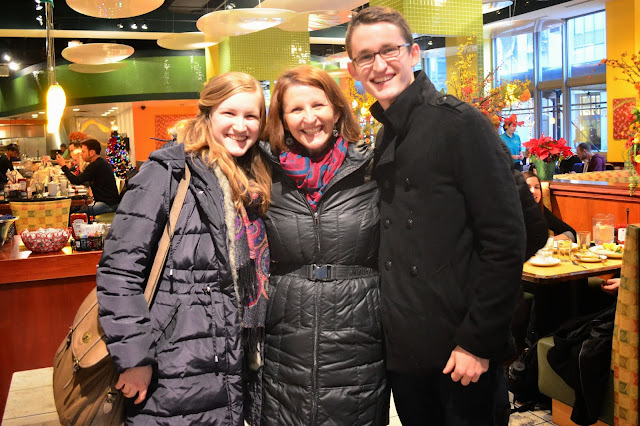 Caleb got in the driver's seat after that and drove to O'Hare airport where he dropped me off for my flight to Denver.  After a quick good-bye at the car with Caleb, and with Claire in the airport, they took off for the suburbs where they'll meet up with Dave, Tyler and Lara to begin their drive west to Colorado later this afternoon. 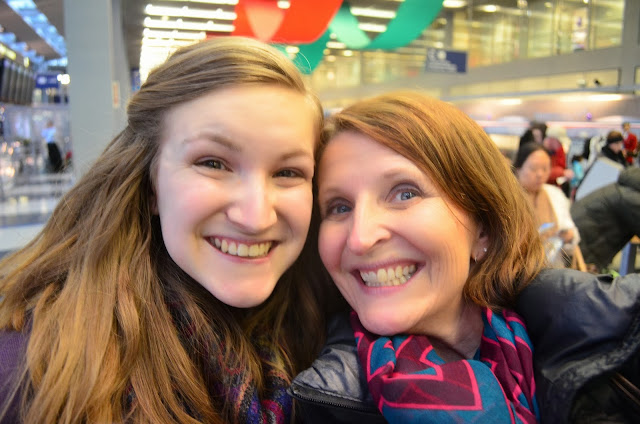 With several hours until my flight, I'm tucked away in a quiet corner where there's a plug, watching the planes come and go as the rain pours down. I'm sure glad it's not colder...if it was, snow would be piling up outside! 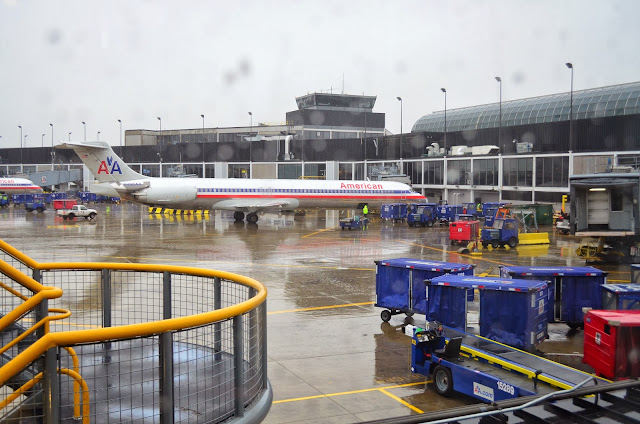 I'll get in to Denver tonight and meet up with some of our family who are flying in, and then we'll all get picked up and head for home.

Yes, Christmas is almost here!
Posted by Unknown at 9:47 PM