Most people wouldn't know this about me, but I grew up on sports.

No, not as a participant per se (though I WAS on my junior high volleyball and basketball team!), but as an avid spectator. Whatever we had going on at our house on the week-end, most Saturdays at 5 o'clock found my dad, brother and I watching Wide World of Sports (mom always made sure we had snacks for the weekly party).

Basketball, baseball, football, water sports, skiing, golf, even bowling...we watched most everything there was to watch in sports during the late 60's and early 70's. 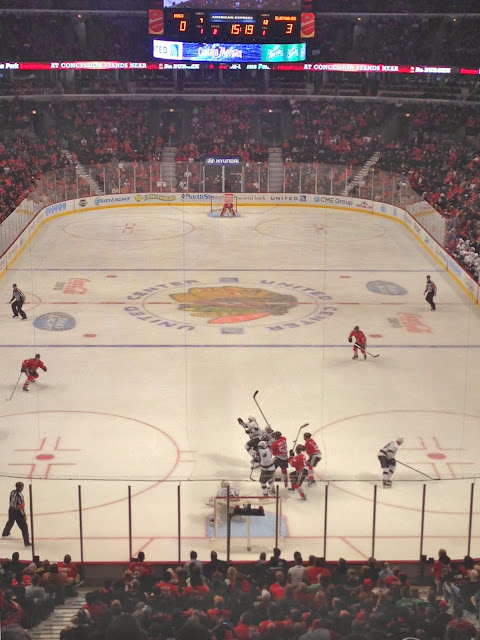 That wasn't a big sport where I grew up in Oregon - maybe that's why we didn't watch. Maybe it wasn't even on Wide World of Sports (though I assume it was and we just turned it off!). I really don't ever remember seeing or hearing much about hockey until literally twenty years ago when we moved to the Czech Republic.

And THEN I got acquainted with hockey! Oh yes...that is most definitely a big sport where we come from there. If you're Czech, you know and love hockey.

Well, maybe that's a bit of an exaggeration...though honestly, not much. 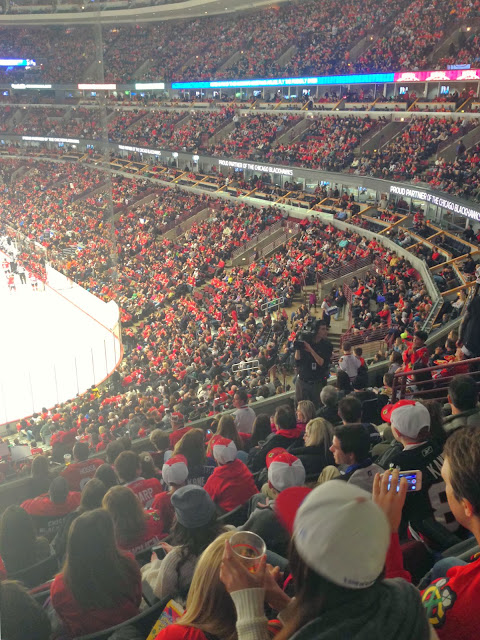 While I've been a couple times, it never grabbed me and made me want to be a hockey fan. 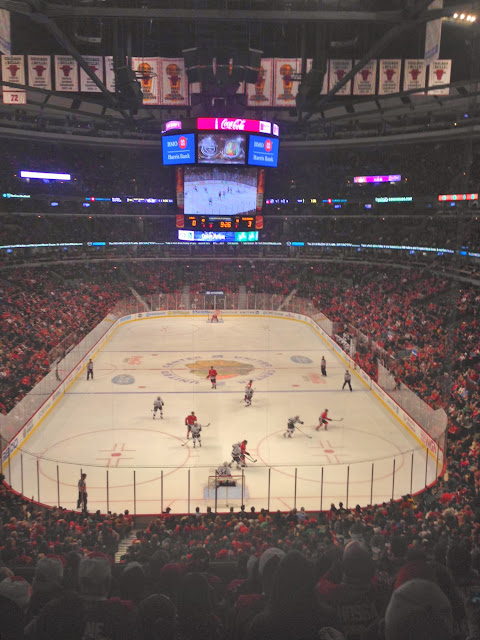 After my first Blackhawk's game tonight in Chicago, I'm hooked!

It's fast paced, intense, and gritty. I understand the game, the fans are fun, the company was delightful (thanks F & W for the invite and time together!), and I was happy to cheer and yell as if those Hawks were "my team".

Who knew that my time in the States would result in me becoming a hockey fan? Seriously, I may have just found something new to follow.

That was plain old good fun tonight!! I really like hockey after all!!
Posted by Unknown at 6:10 AM