Where in the World is Dave

Through the years I've written various blog posts about Dave's whereabouts, since it does seem he gets around! And today it's time for a new installment in that series. 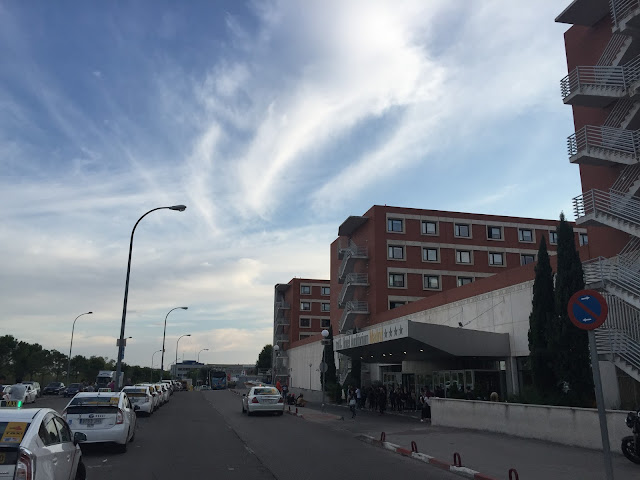 Bright and early yesterday morning, Dave flew out of Ostrava headed to a place he hasn't been to in 30 years. It's actually a place that he lived for two months "way back when", studying the language of that country.

It's also the country we started dating in! :) Know where that is?? 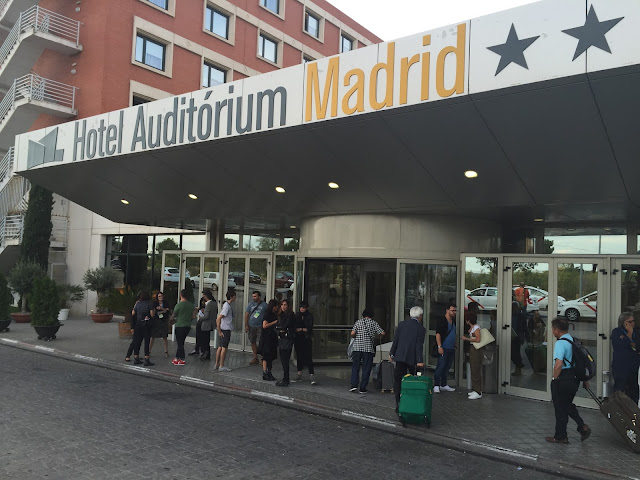 Yes, Dave's in Spain...Madrid to be exact. He's not there to sightsee, or look up the family that he lived with during those two months of Spanish language school (something he did just because he could...he likes languages!). He's there for a European church planting conference.

With no responsibilities except as a participant, he's having a great time connecting with all sorts of different people. Like this fellow who, it turns out, was born in the very same hospital as Dave in Subic Bay, Philippines, albeit three years earlier! He doesn't meet someone very often (I would venture to say never, in fact!) who can make that claim. 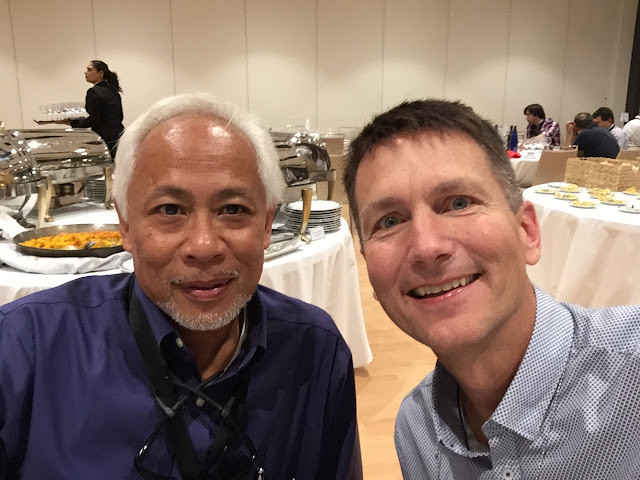 Because one of Josiah Venture's key convictions is to do all we can to see the "bride of Christ prosper", he continues to learn about how to better do that. In the case of this conference, it's to learn how to better ignite multiplying church planting efforts throughout our region of Europe.

He said it's so inspiring listening to these Spanish pastors share about the evangelical churches that they know about and are pastoring throughout Spain. 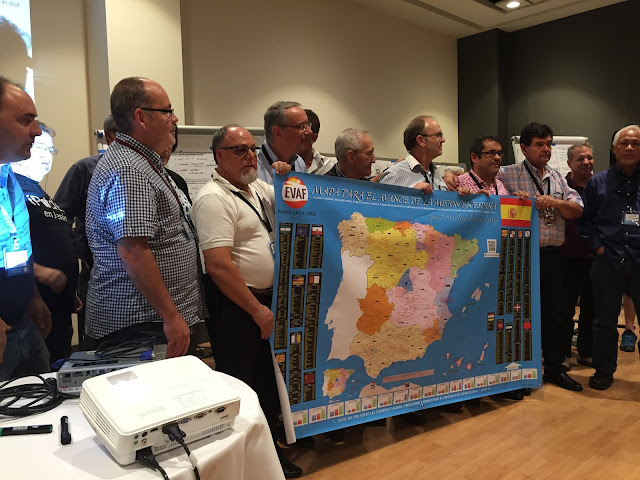 He'll just be at the conference through tomorrow afternoon and then flies back in the evening. But he says it's already been refreshing, encouraging and enlightening to be among men who are passionate about planting and caring for churches so that more might hear the Gospel.


And I think it's been fun for him to try out his Spanish after a thirty year pause! :)
Posted by Unknown at 8:50 PM