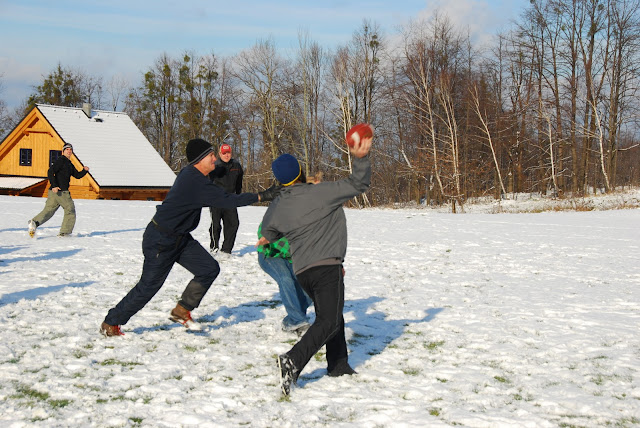 There is tradition...and then there is TRADITION.
Some traditions I fully understand and participate in...you know, eating pumpkin pie at Thanksgiving or staying up late on Christmas Eve to wrap last presents.

Playing a game of American touch football on Thanksgiving Day with the JV team, is not one of the traditions I participate in...nor understand! Oh it's exciting to watch, and everyone who participates looks like they're having a great time.

But...every year they play, someone gets hurt. And not just a little...big injuries tend to happen on that playing field.

One year it was a broken ankle...by one of our year long interns who was only months into her time here. She ended up having to go back to the States for surgery and never came back...she met her husband while she was there!

Another year it was not just one, but two, concussions...one of those being Caleb. Ouch.

This year there were two injuries...one blown out knee and yet another broken ankle. That would be Dave's broken ankle. 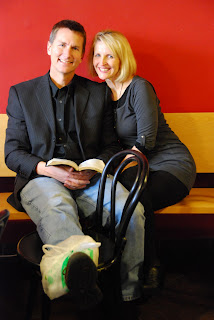 Thinking it was just a bad sprain, he's been hobbling around on it ever since Thanksgiving. But today he decided he should probably go in and have it checked since it's not gotten any better. Good thing. The doctor said it was a break, clean through the bone. That needs a cast. For a month. And crutches too. No "walking" casts here.

So Dave will spend Christmas in a cast...his first! He's nearly 50 and never broken a bone!

I hope this will not become a tradition in our house. One concussion and one broken bone is enough for me.

And do you think they'd consider stopping the football tradition on Thanksgiving??

Something tells me they probably won't!
Posted by Unknown at 11:20 PM