Eighteen years ago, in the summer of 1994, I had a three year old and an 18 month old who had just broken his leg. On top of that, I was six months pregnant, during one of the hottest summers on record.

And it was that summer that Dave led the first JV English camp for our youth group in Havirov!

Fast forward to over 700 JV camps later! We visited the English/sports camp that Caleb and Claire are serving at this week for our church here in Frydlant. 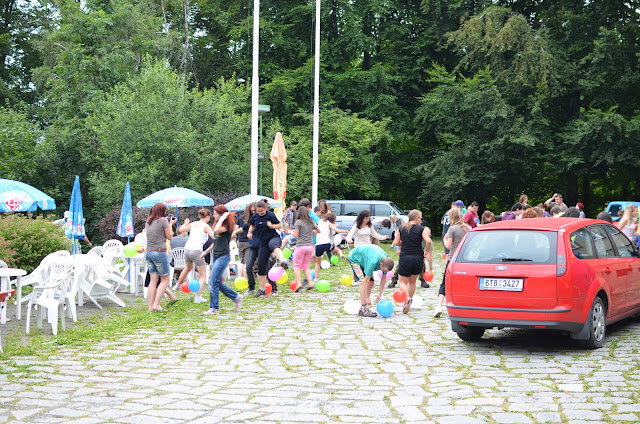 They're still singing some of the same songs... 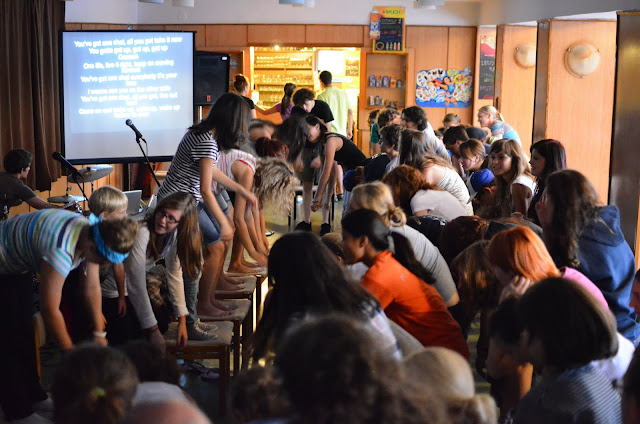 But the message is the same: God loves you, He sent his Son to die for you, He desires that all come to know Him through repentance and faith.

Will you pray for the dozens of JV camps that are in session all over Eastern and Central Europe right now? Hundreds of young people will hear the message of the Gospel, and we pray there will be many who will put their faith and trust in Him THIS WEEK!
Posted by Unknown at 9:37 PM