In The Air and On The Way

Dave left for the States by train this morning, headed to Prague. He caught a flight to Frankfurt, then  another to Dulles and eventually one last flight into Cleveland tonight, arriving just before midnight. He'll pick up a rental car and then head to the hotel near Cleveland Clinic where Caleb will be.

Caleb leaves from Gull Lake in about a half hour, being driven by the wife of the director of the camp. So thankful for the Wallace's and their amazing care for Caleb these past days. They have been awesome stand-in parents.

His pain level is pretty high and he slept 15 1/2 hours last night.

In spite of that, he led worship last night with one of his good friends on staff there, who will be taking over worship for the next few weeks.

Daniel, the director, led in a time of prayer over Caleb afterwards, which he said was very meaningful to him.

Caleb told me on the phone this afternoon that God gave him the strength to lead worship one last time, as well as go to the staff meeting afterward where he said goodbye for now. By the time he got back to Wallace's, he said the pain was very intense though. But I know it meant a lot to him to be able to finish well.

Some dear friends of our from Wheaton called yesterday after I sent out my update, to tell us that their son is doing his residency in ER at Cleveland Clinic. Really??!!! Not only that, but that he and his wife would house Dave and Caleb. So they'll be staying with them from Wednesday on. What a very good provision from the Lord!!

These next 48 hours are crucial. Praying the Lord will guide them through the system quickly and get to the doctor and help that Caleb so desperately needs. 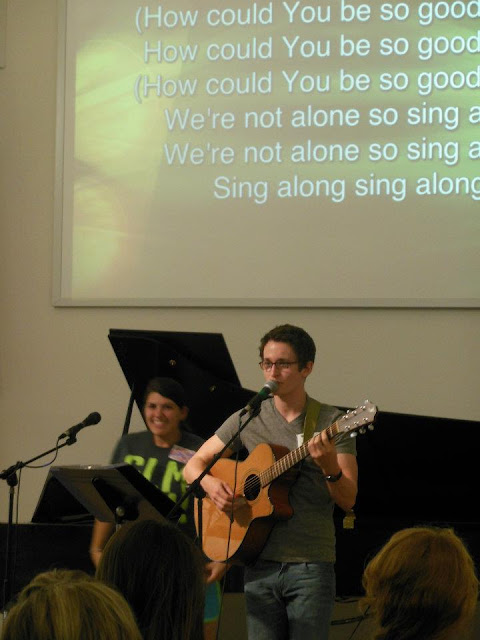