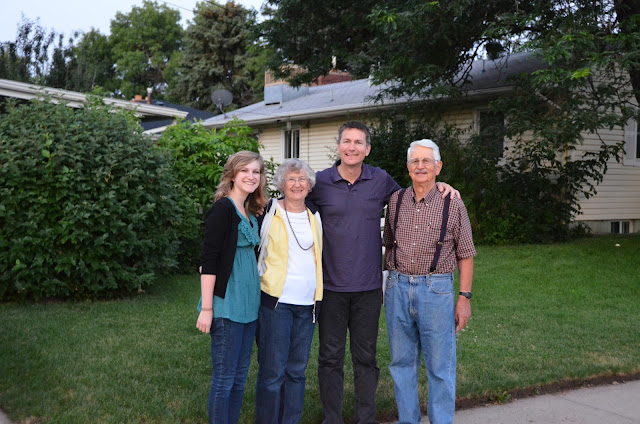 Out front of Dave's boyhood home with his mom and dad (aka Grandpa and Nana!) for one last photo. Dave and his dad then loaded up the car and we headed to the Denver airport for an early morning departure. 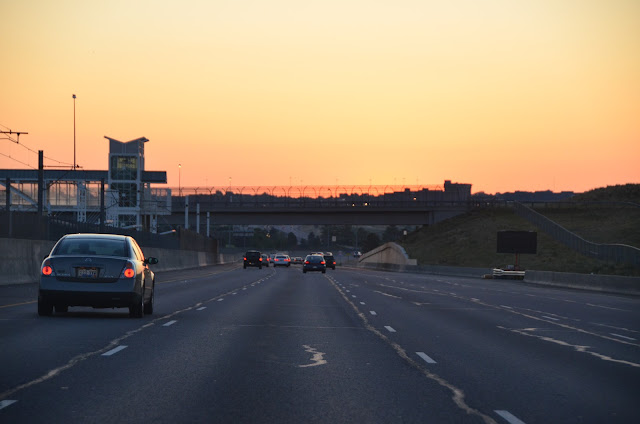 Claire and Nana hugged goodbye, as did the rest of us. The visit with them was all too short. However, after six weeks away from home, we were ready to head there and stop living out of suitcases! 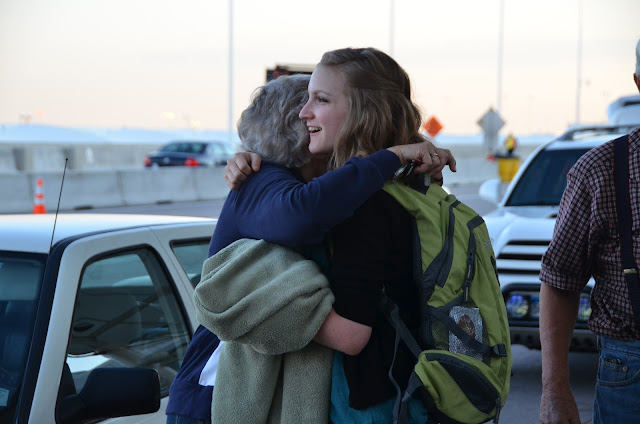 Checking in was a herculean effort by Dave as he persevered through it with an agent...no idea why it took us an hour and fifteen minutes to do what should've been only ten or fifteen minutes of check-in. We barely made it through security (it always seems to be an ordeal in Denver), getting to the gate just six minutes before they closed it. We all breathed a sigh of relief there.

At least everything was on the plane and we could endure relax during the next 24 hours of travel home. 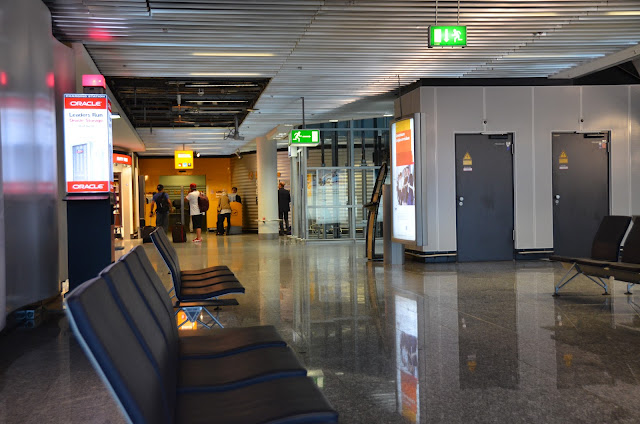 We had a long seven hour layover in Frankfurt (it's hard to arrive at 5:15 in the morning and stay awake!), and then finally took off for the one hour flight to Prague. It was so good to see it again. 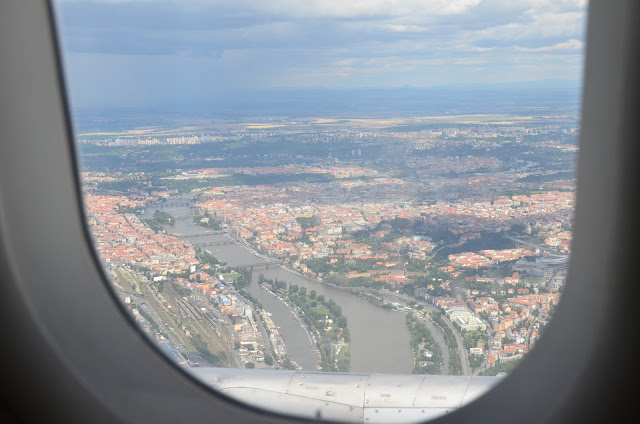 However, a surprise was waiting for us in baggage. Claire's bright purple suitcase didn't make it. And not only did it not make it, we found out that the agent who had checked us in at Denver, had tagged it with someone else's name and sent it to Victoria BC!! How did that happen??

Well...we think we might actually know how it happened. But it's probably not what you're expecting to hear!

While we were checking in Claire happened to mention to me, "I'm praying that our bags don't make it all the way."

"WHY???", I asked incredulously. "I actually prayed that they all WOULD make it! I guess we'll see who has stronger prayers!", I jokingly told her.

Claire's thought was that we had a lot of bags and she wasn't excited about having to get all of them into the house without Dave (who was going on from Prague after our trip back together as he had work somewhere else for a few days).

But my thought was, "I want all my things at home, safe and sound!"

Both Claire and I laughed so hard once we realized what had happened...when that one bag, HER bag, didn't show up! We think God demonstrated not only his power, but his sense of humor to both of us! 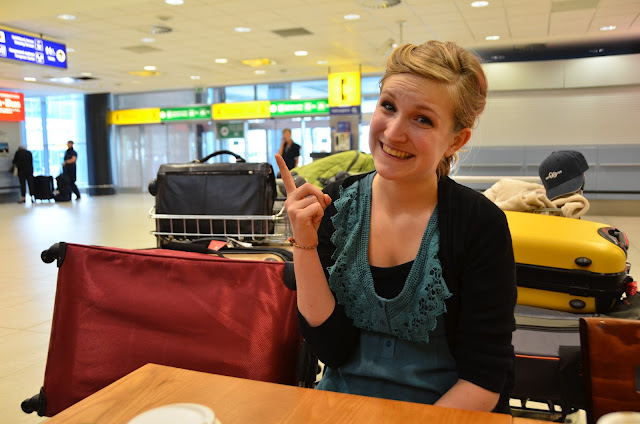 He proved that #1 He can answer two prayers at one time and #2 both Claire and I had powerful prayers answered by Him. He sent her suitcase all the way to Victoria BC just to prove His point! 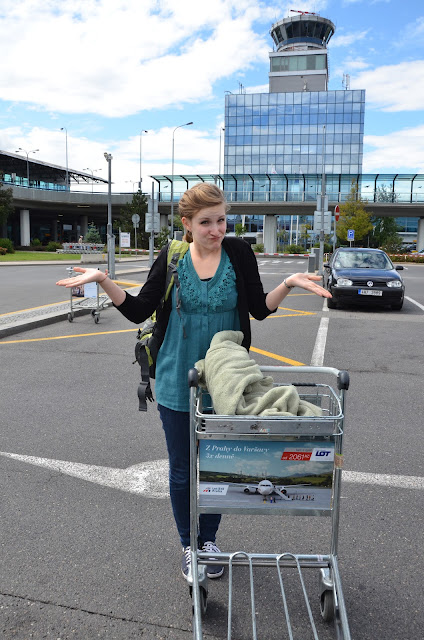 No suitcase? No problem!! 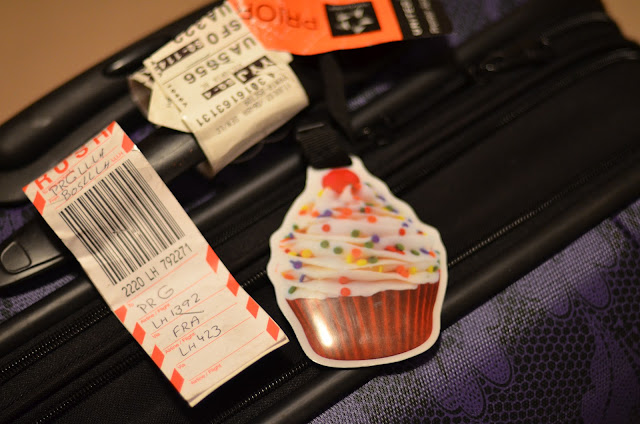 It showed up tonight, two nights later...complete with Jean Jaquet's name on the ticketing tag...right next to the cute cupcake address tag with Claire's name on it. 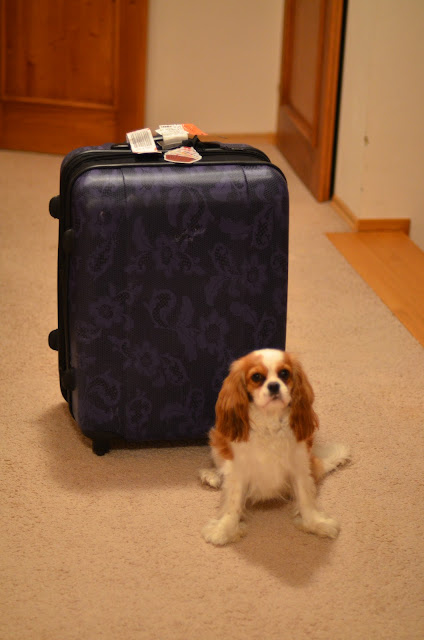 It was missing the nice little silver emblem (as evidenced by the holes in the middle of the bag), but at least it's here.

In answer to both of our prayers!
Posted by Unknown at 11:00 PM