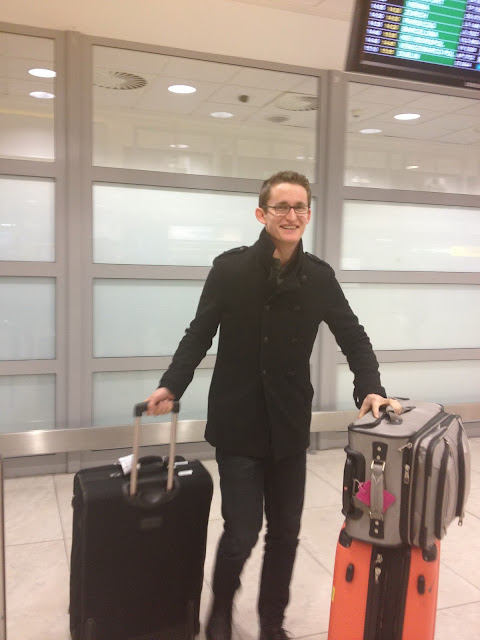 He made it into Prague this afternoon, despite the storm battering the Midwest just as he left Chicago. It was such good news to hear that his plane made it out and we were excited knowing he was on his way. 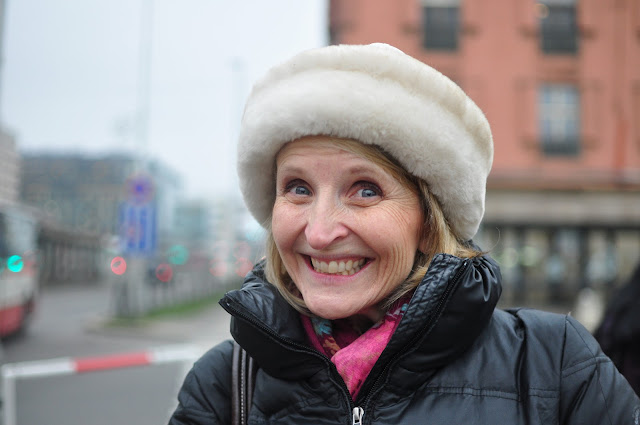 Claire and I headed for Prague yesterday, making Christmas memories together as we shopped and enjoyed time in the city last night and today.

Eventually it was time to head for the airport and await his arrival...there is something so fun about waiting to greet someone, especially family! 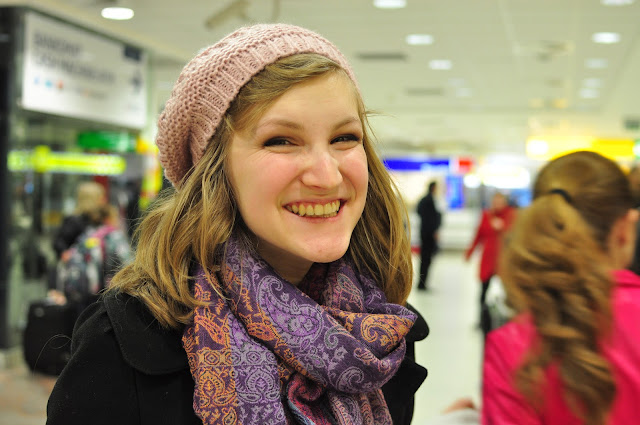 Awww! Best moment of the day, seeing these two greet each other! 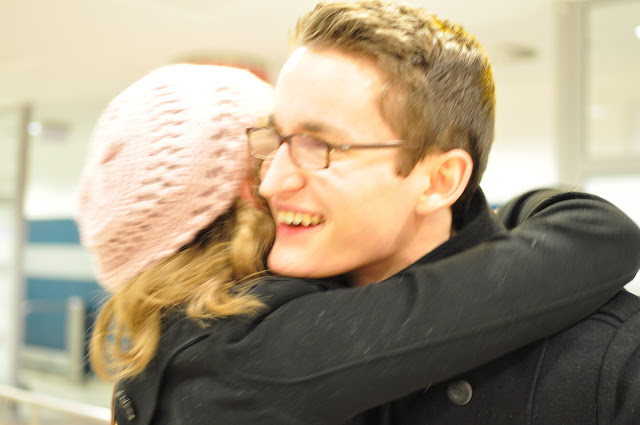 Couldn't decide which picture to post of these two...they're both so sweet! 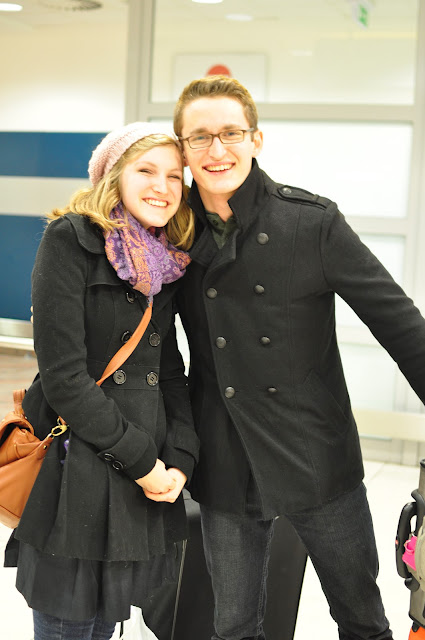 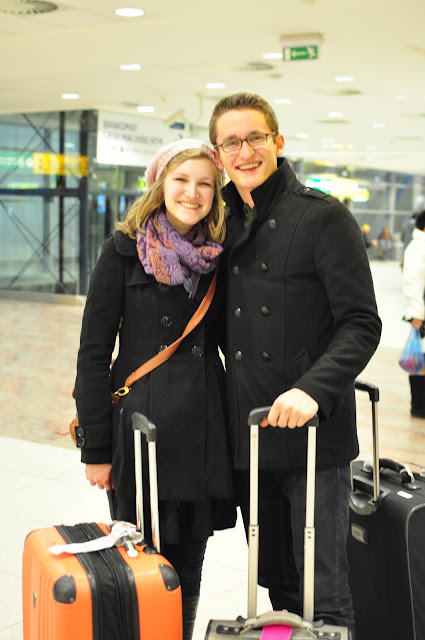 Loved hugging my boy too on our side of the ocean! 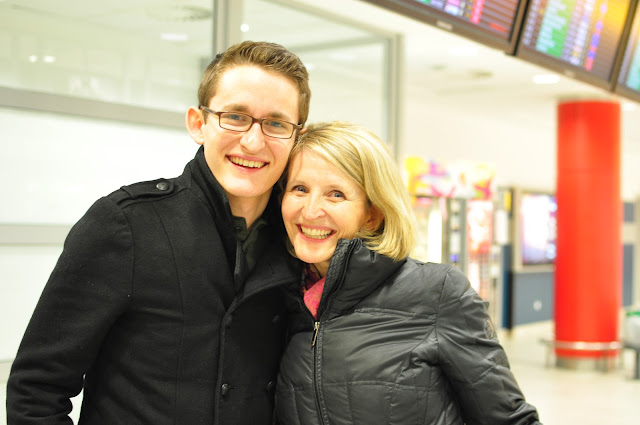 And buying him coffee! :) 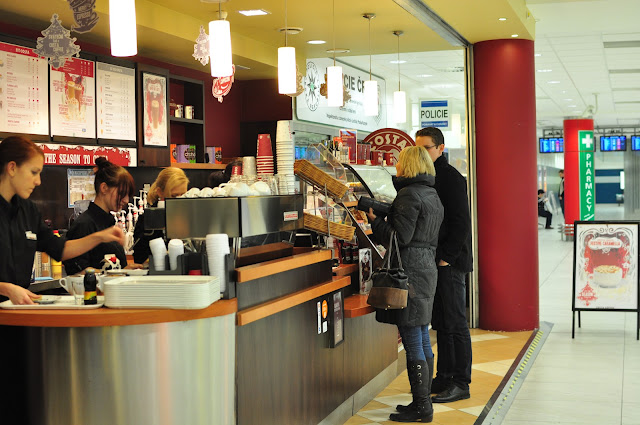 We sat at Costa Coffee at the airport for about an hour, then caught the Airport Express to the train station. I have no idea if it was regular Friday night traffic, or Christmas shoppers, but the normal half hour trip took an hour while standing up in an extremely full bus with little air. UGH! We were all feeling "bus sick" by the time we reached the train station.

The train we'd planned to take to Ostrava left just as we arrived at the train station but thankfully another one was leaving in 45 minutes so after a quick bite to eat, we were on the Pendolino for the three hour trip home.

Unfortunately there was an accident on the tracks which meant an hour of just sitting in the train while they dealt with it...so a three hour trip turned into a four hour trip.

Caleb stayed awake the whole time (after only 2 hours of sleep in the past 28 hours), and we eventually made it home about 10 tonight.

There was one happy dad (and a really happy dog!) waiting for him! 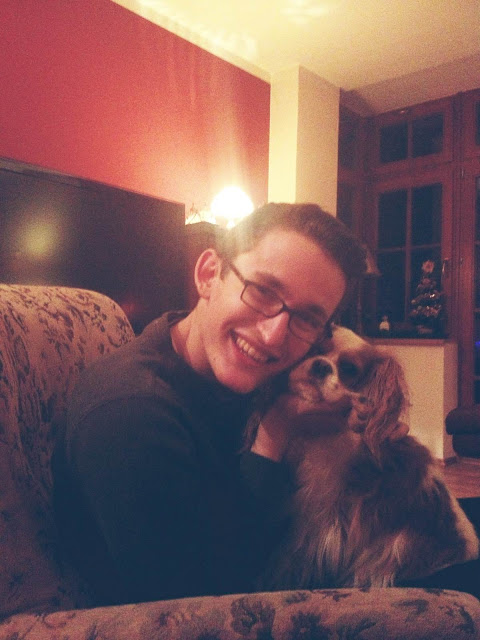 It feels great to have him home again!
Posted by Unknown at 11:36 PM