It's no secret...we're dog-loving people! 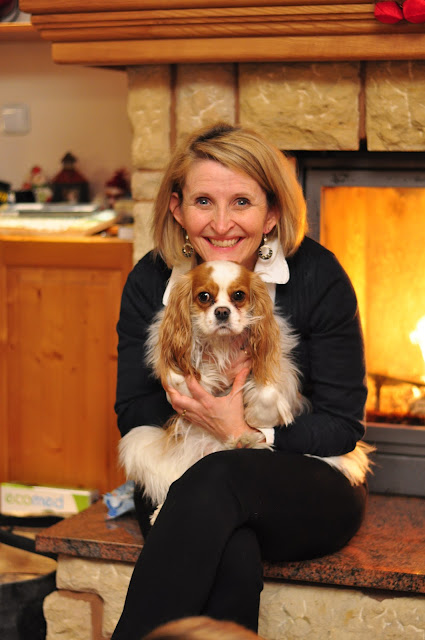 And this Christmas we had our "cousin" Scout here to love on too. 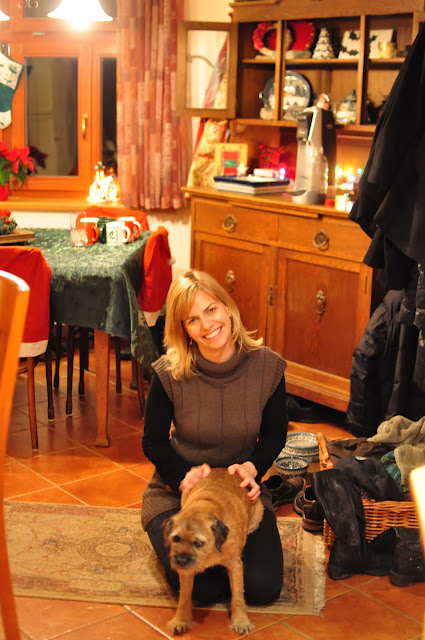 You can't rush around when there's a cute dog who wants nothing more than to curl up on your lap. 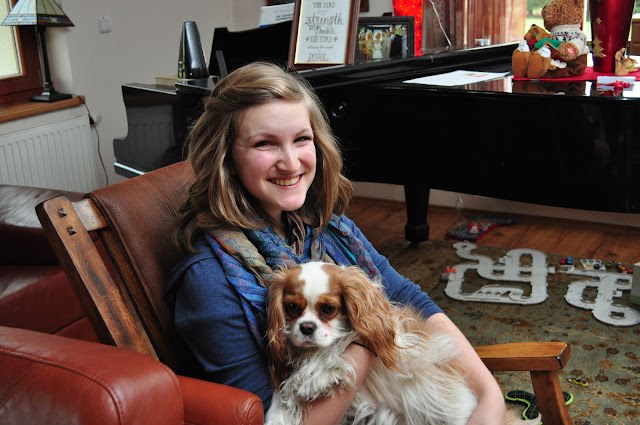 Scout was happy to get to lay on the couch at his cousin's house - something that's not allowed at his house! :) 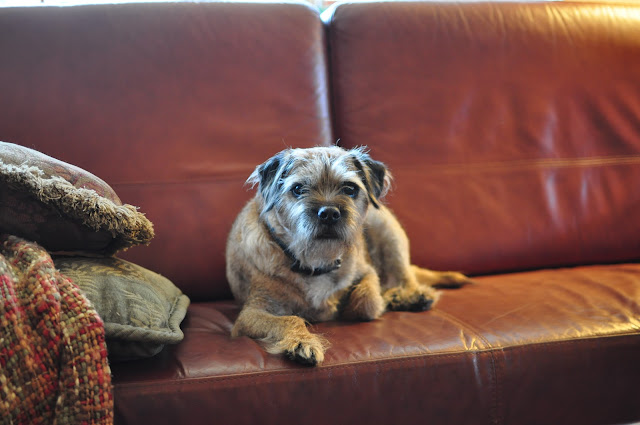 Believe me, these dogs got plenty of attention during the holiday! 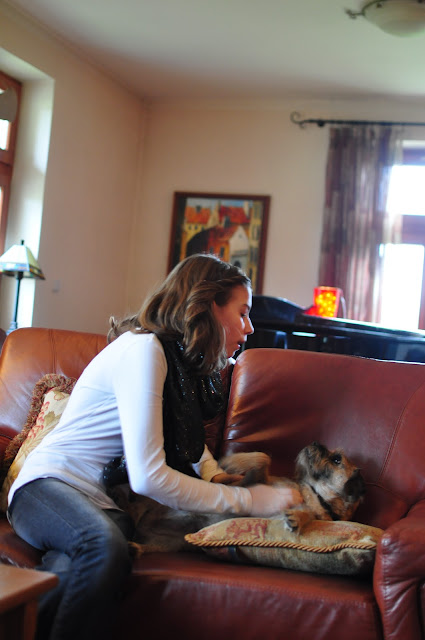 Can you guess what they're waiting for? 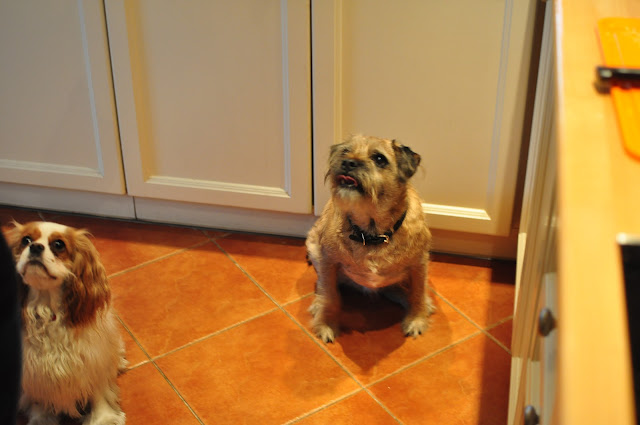 Morsels of turkey that miraculously fell from the sky. 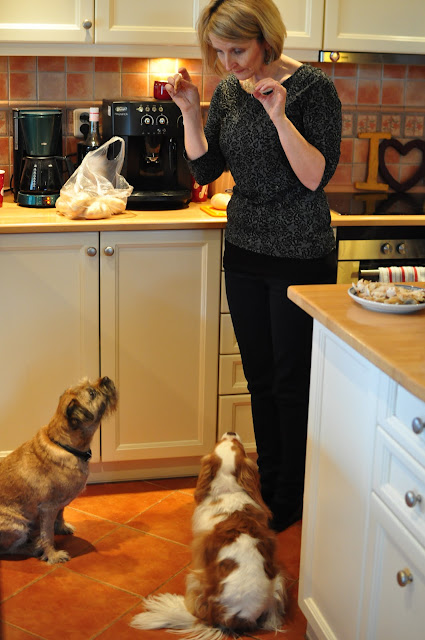 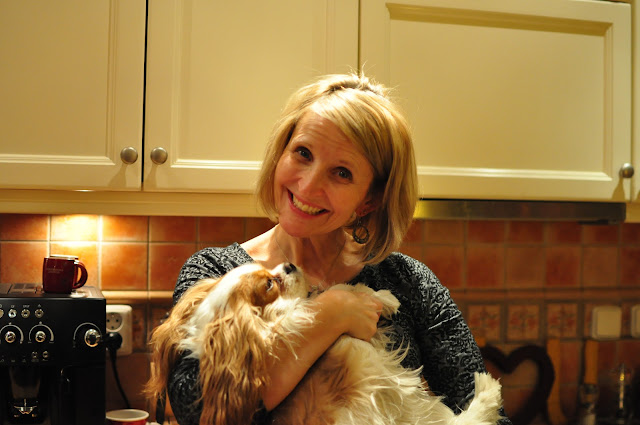 Scout loved being right in the middle of things on Christmas morning... 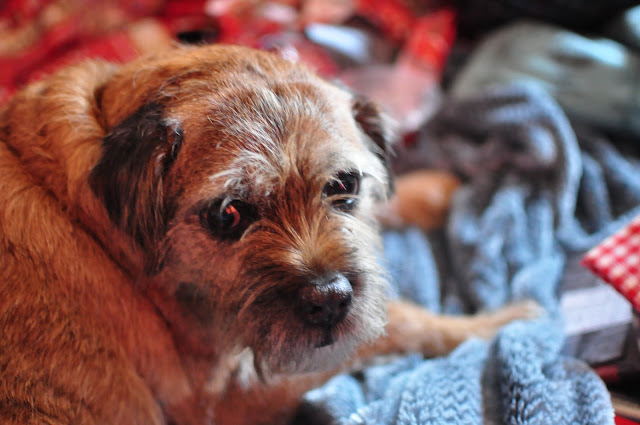 And Kaylee never passed up an opportunity to be close to her people. 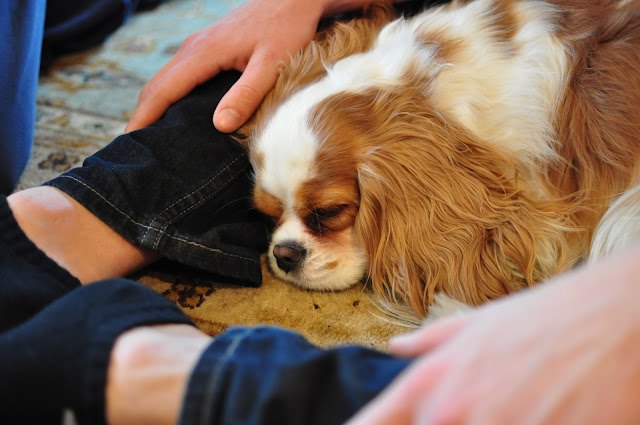 There was nothing quite like being with her boy again! 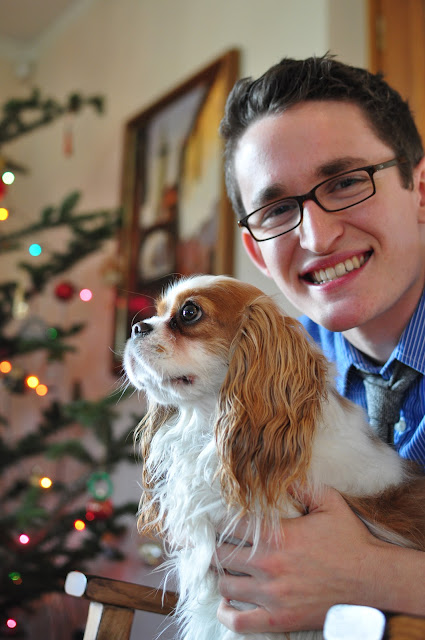 Those two dogs were convinced that Christmas was for them too! 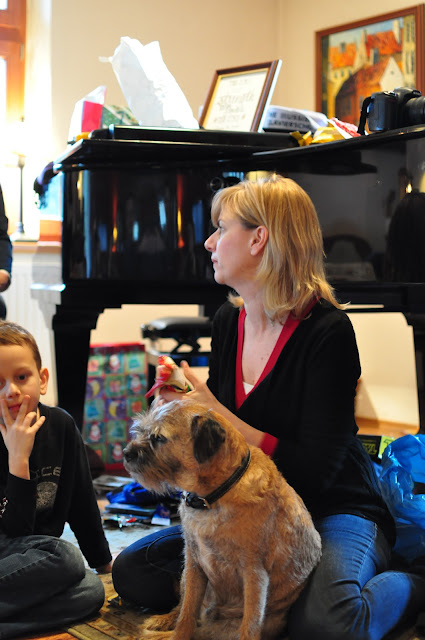 Just made me giggle watching them on Christmas Day, not about to miss any piece of the action! 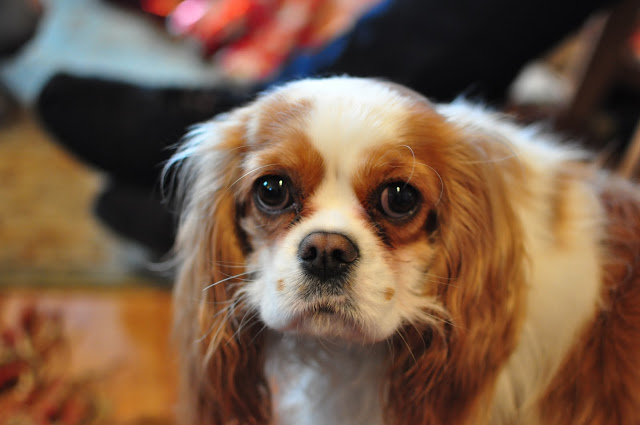 Scout, a border terrier with the greatest personality, was in the midst of all the goings on that day. 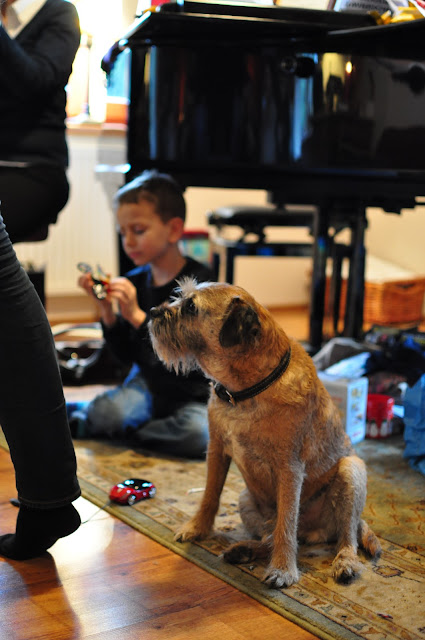 As was Kaylee, soaking in all the love from her people. 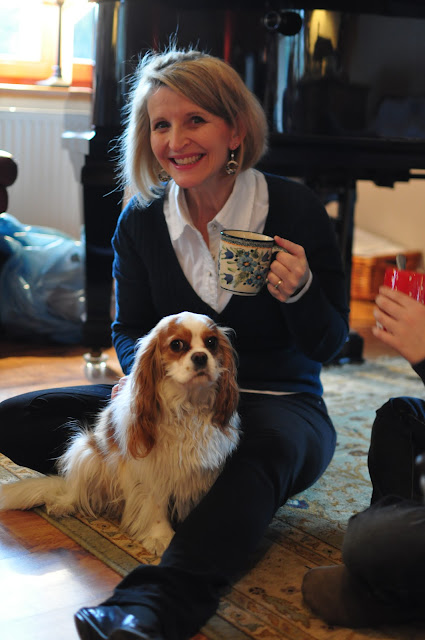 Does it get any better than that? 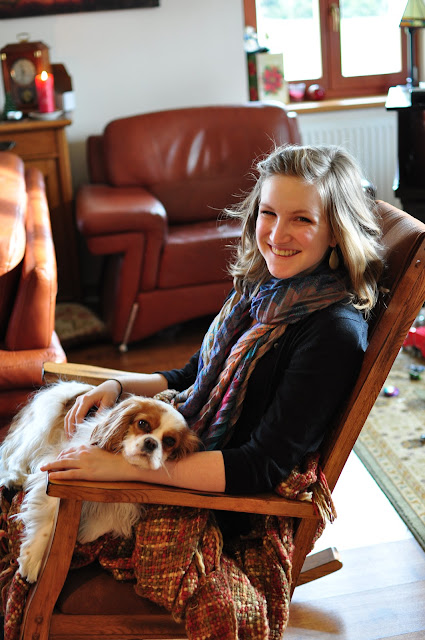