This afternoon I was at the home of one of my JV teammates, and in the course of the conversation she remembered something she wanted to show me. 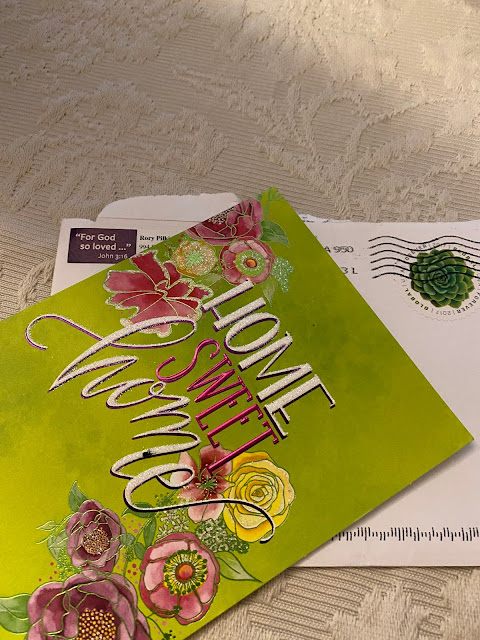 She has just moved into a new apartment here recently, and this had come in the mail to her from someone in the States.

A card like it had come from her parents, and another from her sister. This was the third, and only other card she had received. And it was from someone who has come to know her through the JV Prayer Room!

Over the course of the past four years that the Prayer Room has been open, online, it has been so beautiful to watch the people that God has brought to us, who pray, and even engage with us in personal ways.

The man who had sent her this card has never met her, but because of her requests in the Prayer Room, he has not only prayed for her, but given to her and written to her! These kinds of connections are invaluable!

I was recently reading the book of Acts where it says, "...the church was earnestly praying to God for him..." (referring to Peter). Two verses later it says an angel of the Lord appeared and led him out of the prison to safety. In Peter's case, those earnest prayers saved his life!

We never know what our prayers might mean for others. Thank you to you all who pray earnestly not only on our behalf, but for other JV missionaries, for your pastors, for your leaders, for your friends, maybe even for your enemies! You may never know this side of heaven what those prayers meant.

But let's again covenant together to pray earnestly for God's movement around the world!