Not only was it a day of celebration for KVZ in Brno yesterday, but it was a delightful day of seeing people we've known and loved for many years.
David was in Dave's English class in a Havirov high school when we first moved there in 1993. Today he is a pastor in Brno, serving with his wife, Lydia and their three adorable children! 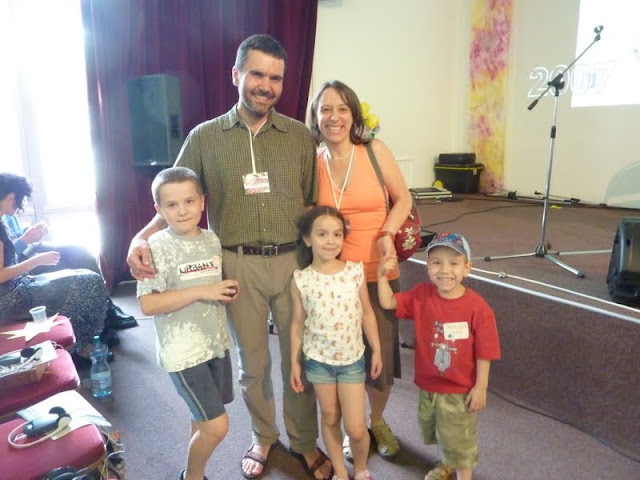 Josef and Danka Pavlinak are the founders of the KVZ ministry. They are a dynamic, faith-filled, godly couple whom we greatly admire and respect! 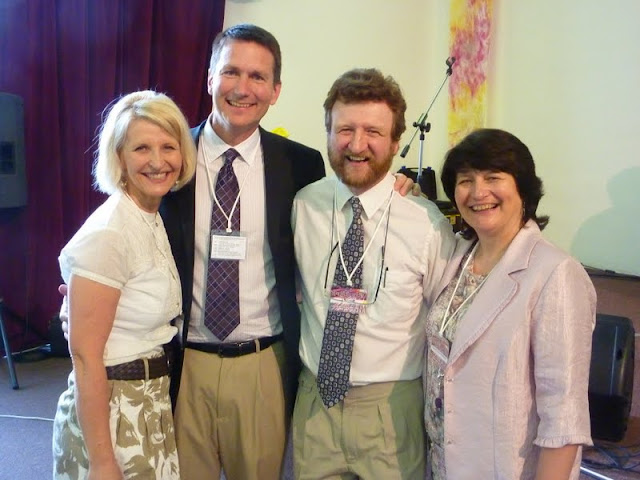 Radka was in our internship program years ago, and then was Dave's secretary until God called her to Nepal! She's been there for five years, faithfully serving. She is back on a three month furlough, and brought this young woman with her - the first believer in her people group in Nepal!! 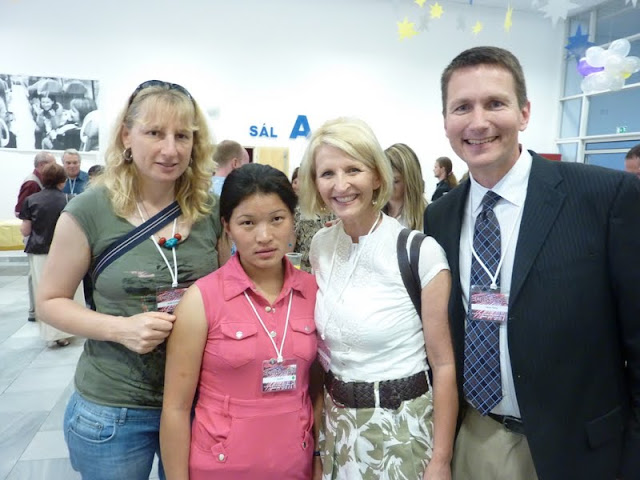 There were a ton of other people there as well...I just didn't get pictures with all of them! But it was one of those little peeks into what heaven will be like, meeting together with believers that we don't see often, but will spend eternity with!

Dave gave the afternoon message at the celebration...got a photo on my phone as he was preaching! 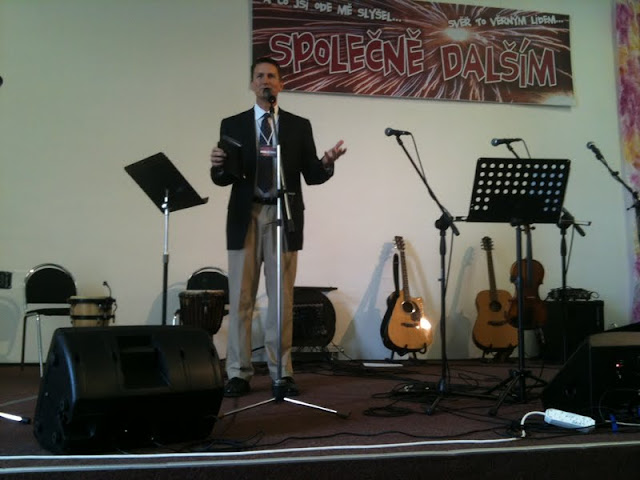 Then he left for the States this morning! I put him on a bus in Brno at 8 AM and he was at the Prague airport by 11, and flew out a couple hours later. He'll be in Chicago for JV board meetings, as well as other meetings, and then fly to Portland on Saturday.

Caleb, Claire and I leave for Portland on Wednesday, will meet up with him on Sunday (good thing, since it's Father's Day that day!) and head to eastern Oregon where we're having our Patty family reunion for a week.

We're doing other things while we're in the States as well, including a visit to my home church, Laurelwood Baptist, on Sunday the 26th. Dave will be preaching there, and sharing about the ministry. If you live in or near Vancouver, WA, come see us there! The service starts at 10:15 that morning.

Hope to stay connected here on my blog while we're out and about, but we'll see how that goes!
Posted by Unknown at 3:16 PM