A few years ago a little friend of mine was learning to talk.

In her exuberance, she would fall over her words as she tried to express herself saying, "What, what, what..." as she began yet another question to her patient mommy, or anyone else within hearing distance!

That little saying became a family favorite of ours.

Sometimes there is just nothing else to say but, "What...what...WHAT???" Try saying it (you have to say it quickly!) a few times and see if you don't agree with me! It works in a number of situations and circumstances, but was especially appropriate as we drove the past few days through Wyoming, Utah and into Arizona. The beauty was so magnificent that there just wasn't anything else to say sometimes.

This little beauty just sprang up out of nowhere as we drove...what, what, WHAT was God thinking of when He made that?! 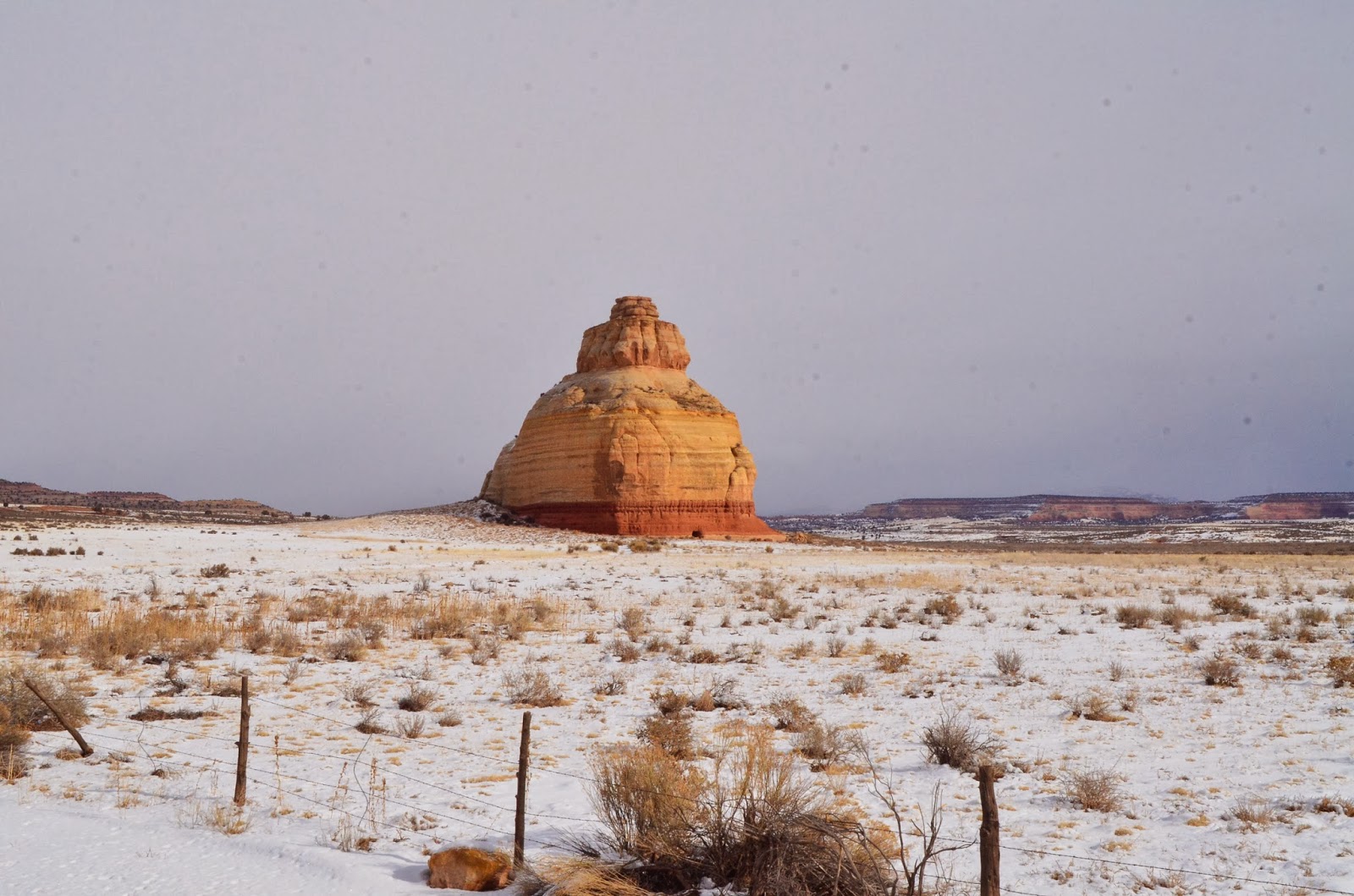 We saw all sorts of weather patterns as we drove, and so often had these huge, sweeping views of it! Simply stunning. 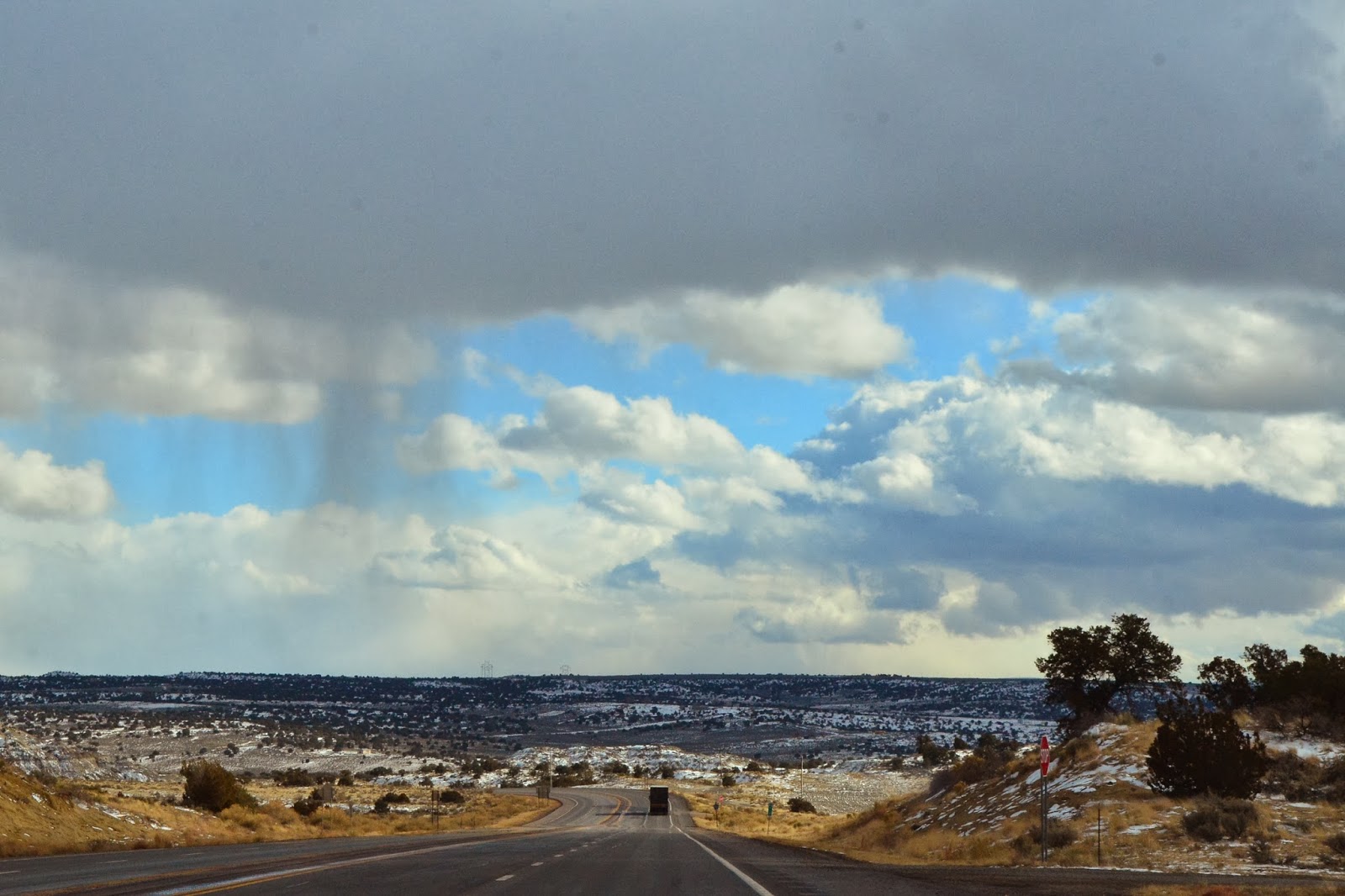 Because we were driving up at high altitudes, the clouds were literally hanging right at the horizon, with deep blue sky up above. It just left me speechless at times, it was so beautiful. 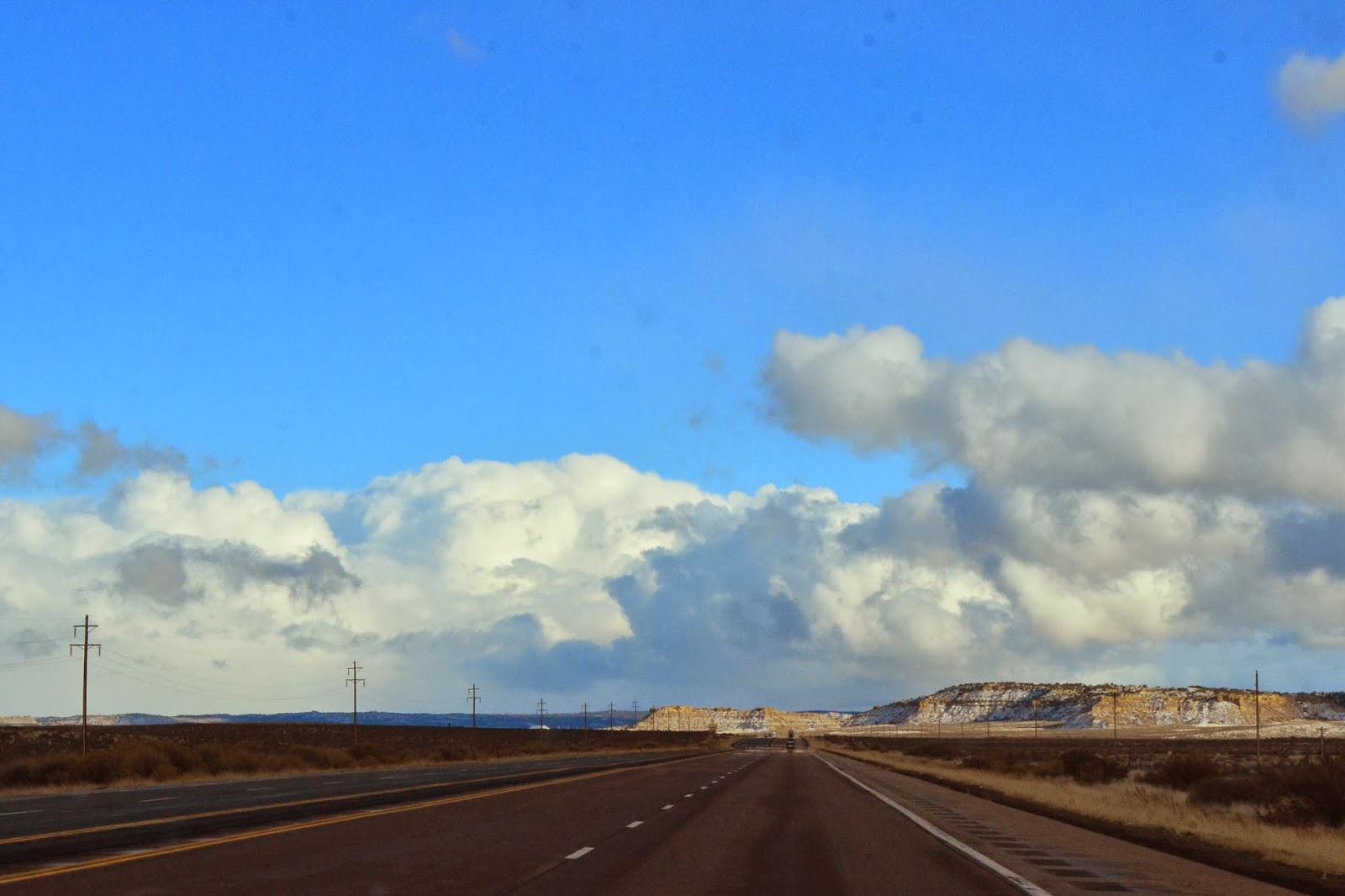 I took over driving for a while, so it was Dave who captured this priceless moment. What, what, WHAT??!!! 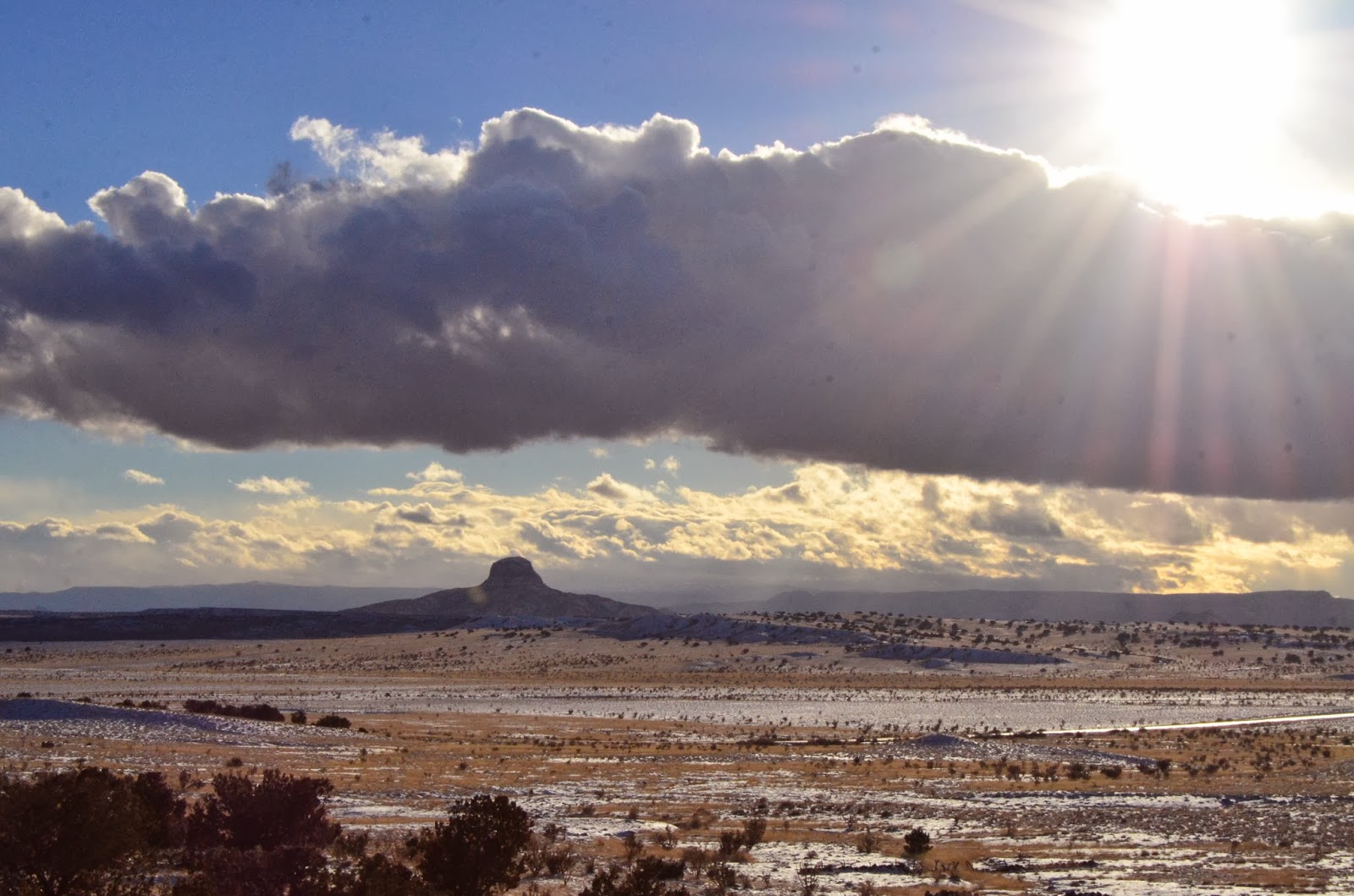 As well as this one.

Simply amazing views, created by the Lord  right before our very eyes!! 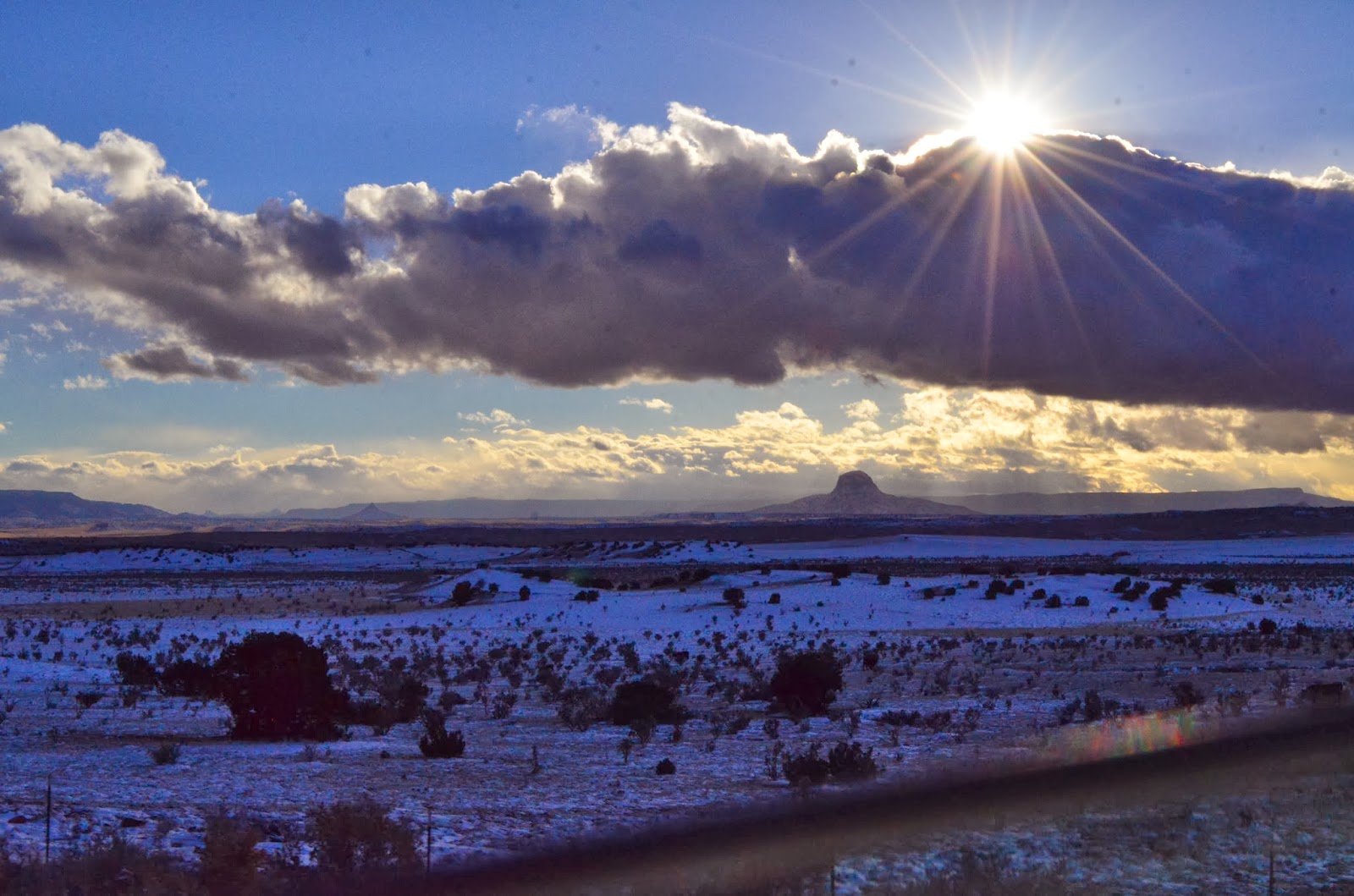 And the terrain was ever changing as we sped along the highway. I literally gasped as we came upon this sight. How could it get any more beautiful?!! 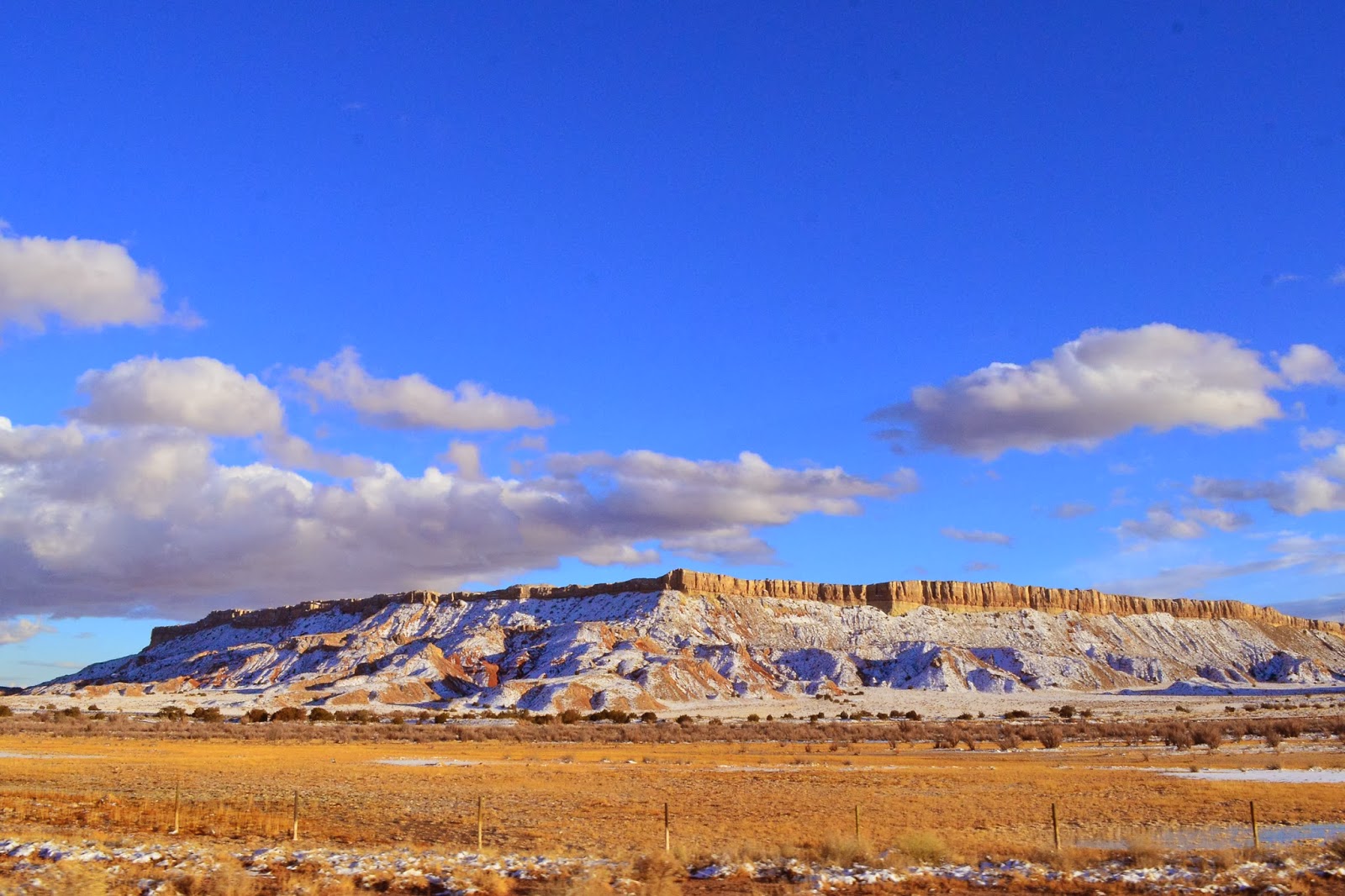 After about eight hours, we dropped down into Albuquerque, where I've never been before.

And had no idea THIS mountain was right at the edge of the city. What, what WHAT??!! Wish I'd had a clearer shot of it, but in any case...it was another breath stealer! 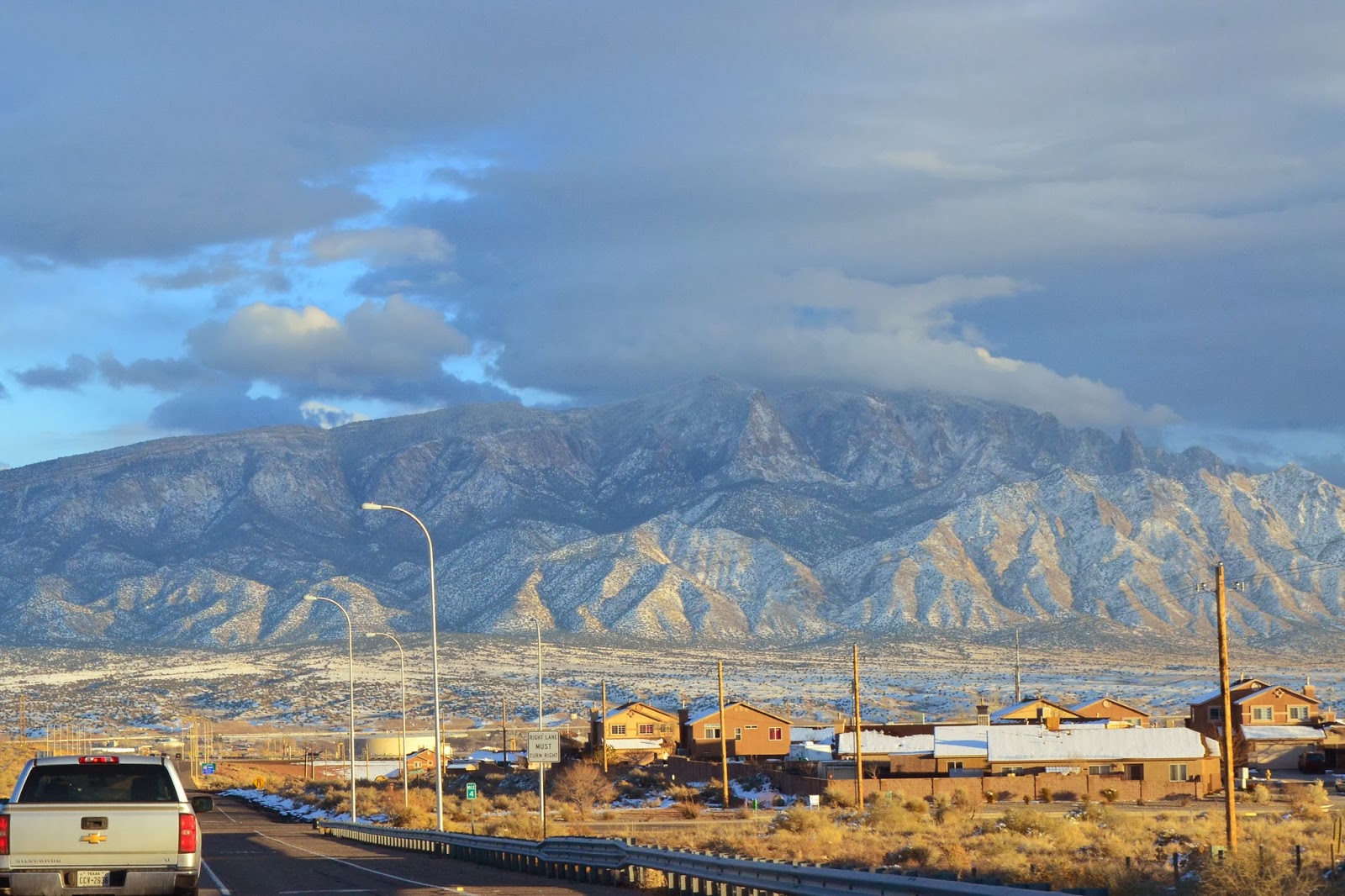 And then the sun began to set as we drove into the city, parallel to that mountain.

OH. HOW. I. WISH...I'd been somewhere where I could've taken a clear shot of the mountain. The colors were something completely "other"...out of this world!!! 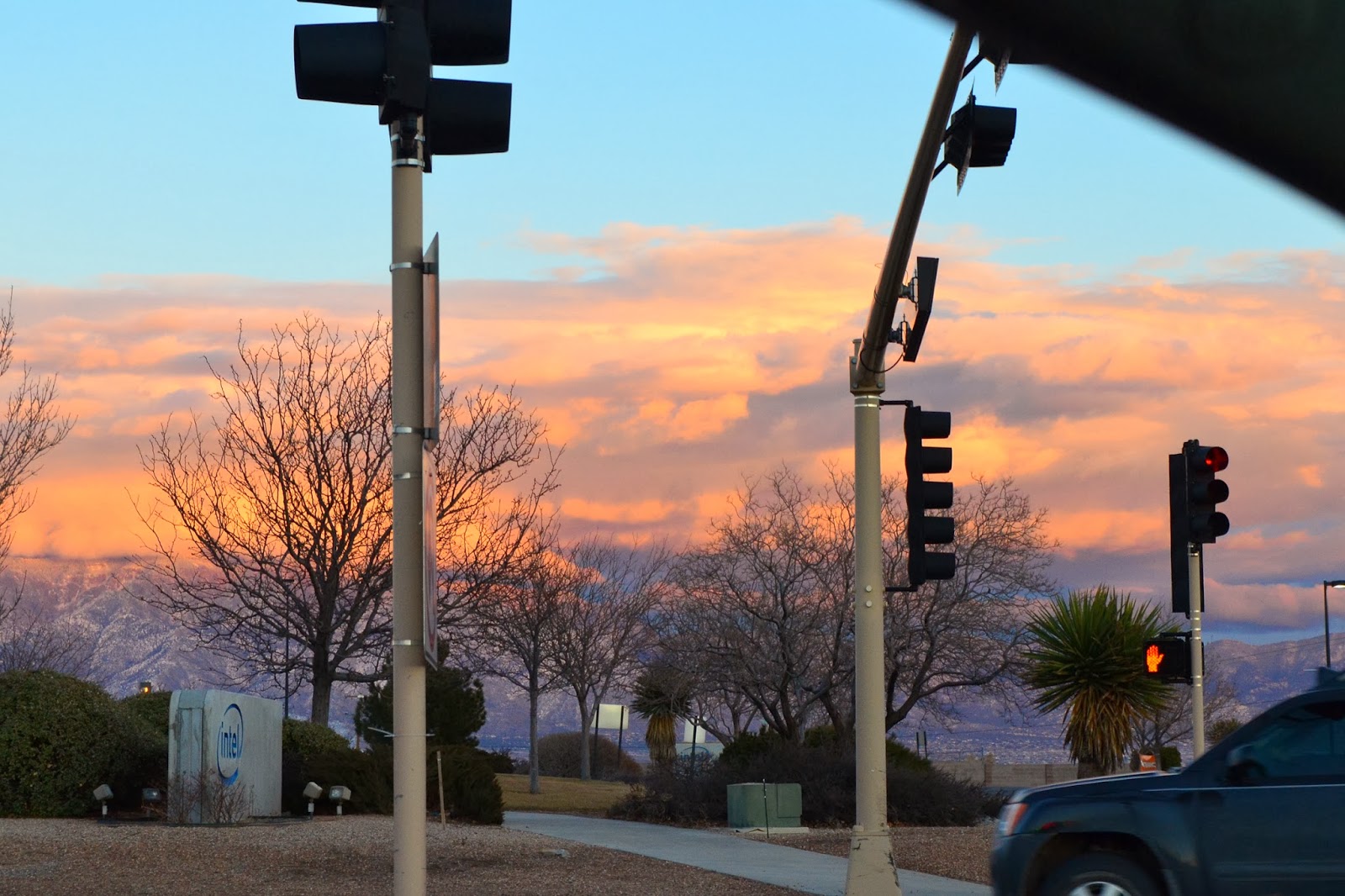 We were sitting at a stoplight as I took the above picture, and I was waiting to pull out into the crosswalk where it looked like I'd have a better shot at it.

But in the minute that it took to sit there waiting for the light to change, the light changed! The brilliance of those colors literally lasted for A MINUTE!! 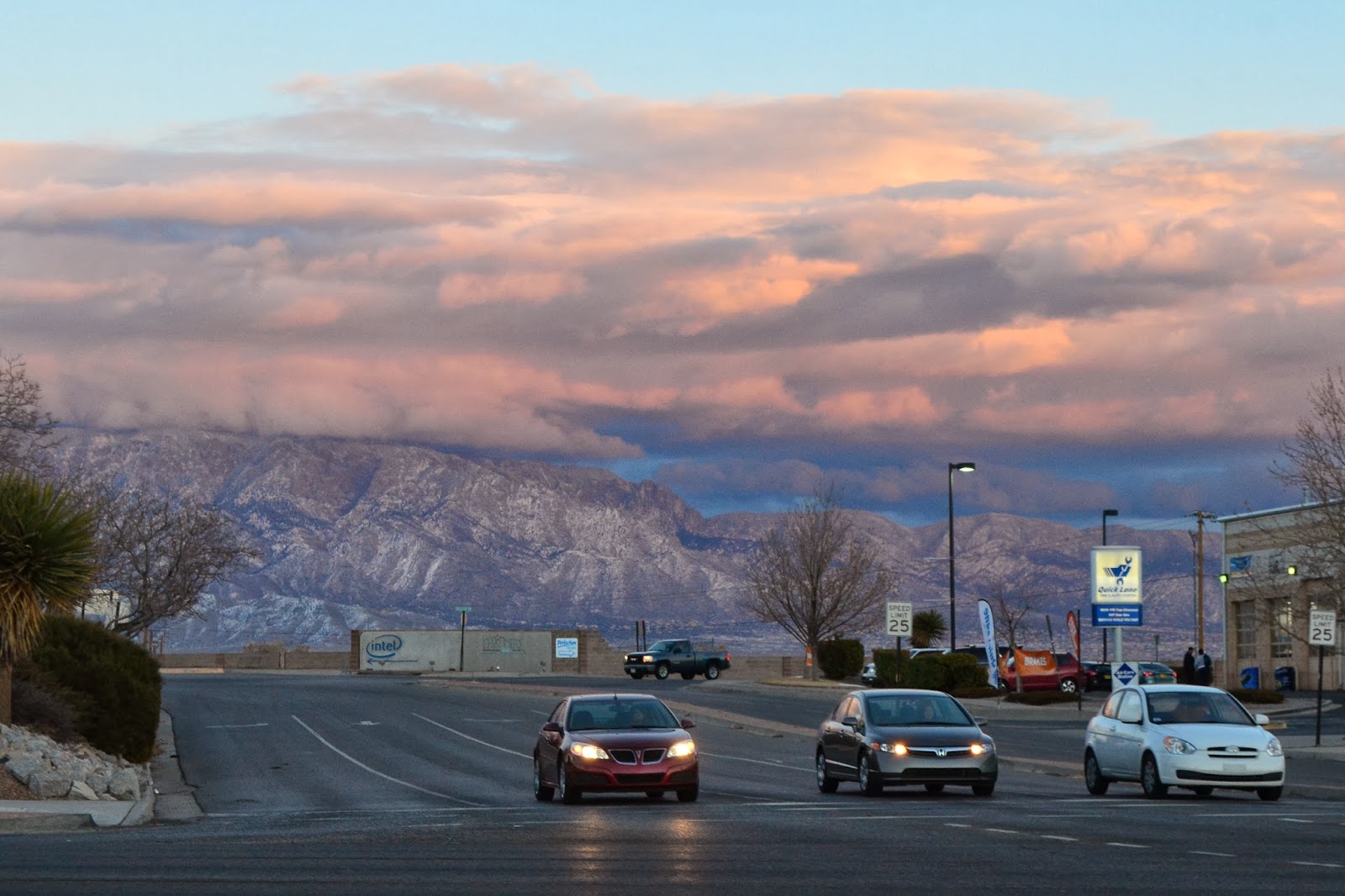 Again I exclaimed, "What, what, WHAT???" at the magnificence of God's creation. And over His creativity moment by moment. I feel richer for having seen that momentary beauty, and am glad I captured it (though of course a photo doesn't do it justice) even in a feeble attempt.

What, what, WHAT??!!! Sometimes there is just nothing else to say in response to Him!
Posted by Unknown at 7:30 AM