Blessing in the Desert

In the desert of Israel, there is something that only happens ten different days in a whole year. Any guesses what it is?

It's rain! And guess who was in the desert on one of those ten days?? 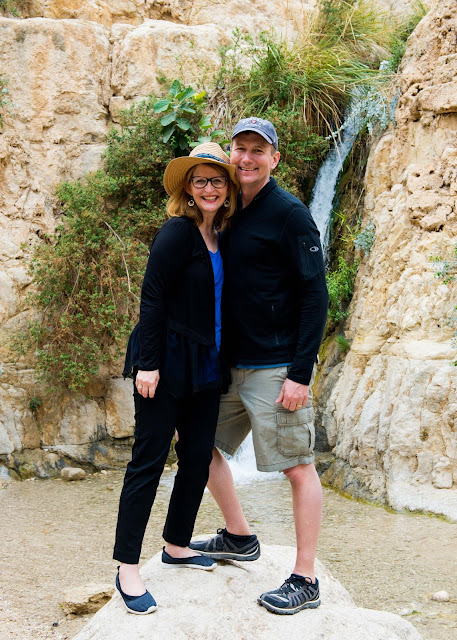 While I didn't get a picture that captured the rain, I can tell you that it truly did rain today in the desert as we visited En Gedi and other places.

But if you know anything about Israel you know that rain here is considered a blessing. While it rains more so in other areas of the country (though only between October and April), in the desert rain is scarce, yet needed. So to be there on one of the ten days of rainfall this year was a blessing!

It didn't interrupt anything that we had planned for today, except for not being able to hike to the upper falls as a protection against encountering a flash flood.

But there was still plenty of beauty to see and enjoy throughout the day despite the rain. And it felt pretty special to see such a rare occurrence!
Posted by Living By Lysa at 10:33 PM