Anniversary on the Zugspitze

In answer to those questions I said, "While we both enjoy gifts to and from each other, what we like even more is doing something together."

So this anniversary week-end is all about creating some new memories and having a great experience with each other. 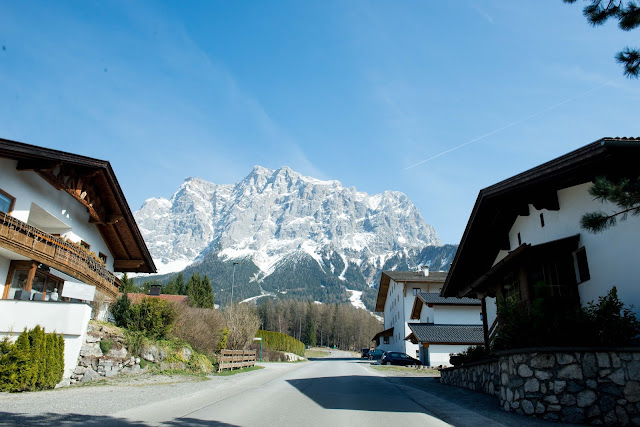 And one of those experiences is going to the top of this mountain! 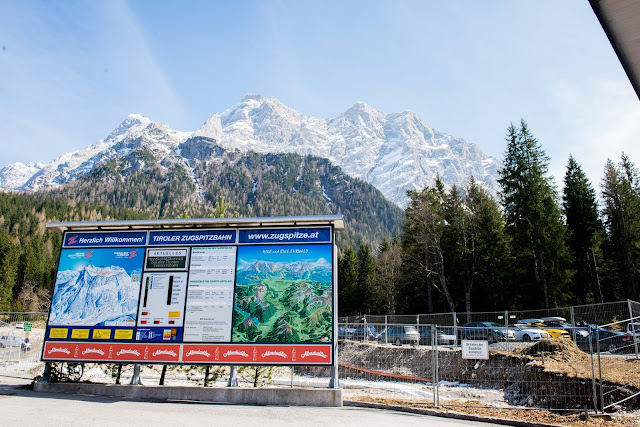 The Zugspitze is the highest mountain in Germany, 2,962 meters above sea level - that's 9718 feet! 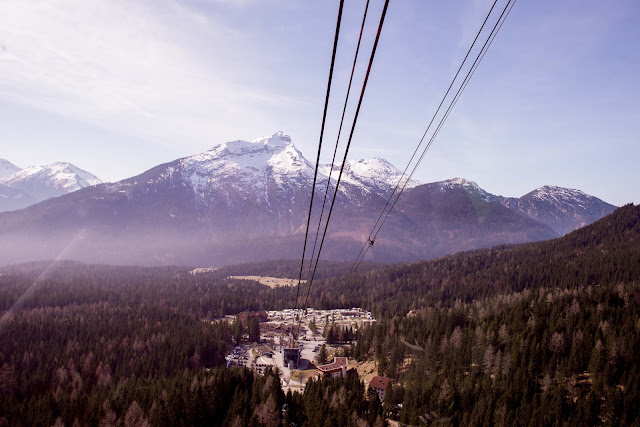 It sits right on the border of Germany and Austria, and you can get to the top from either side. We chose to go up on the Tiroler Zugspitzbahn. And oh wow!!! What a ride up to the top! 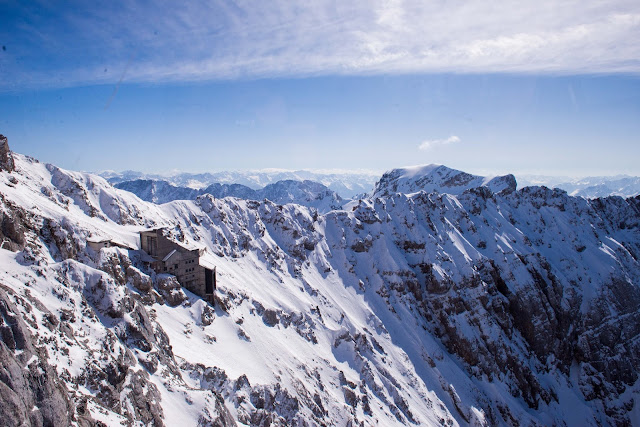 I was both giddy, and a little sick to my stomach, as we gained a whole lot of altitude in the bahn car that holds 100 people, and reaches the top in just seven minutes.

The giddiness won over the sick feeling! It was absolutely spectacular being at what felt like the top of the world! 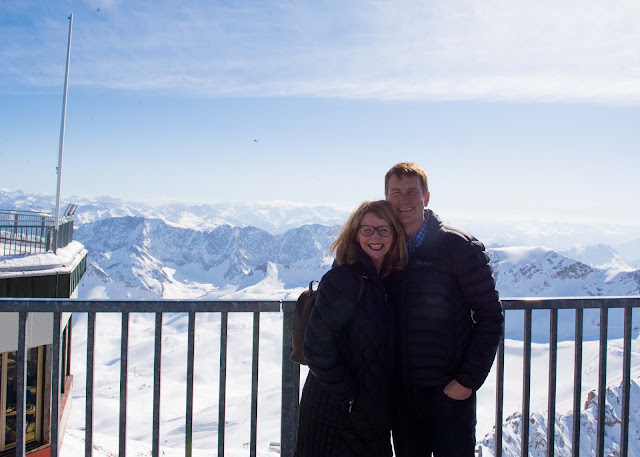 You have a 360 degree view from this unbelievable engineering feat that allows you to be at the top. 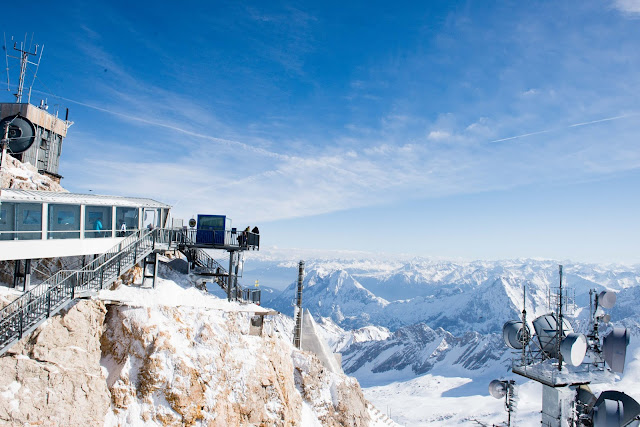 While it is starting to feel like spring in the valley, it's definitely still winter up here. 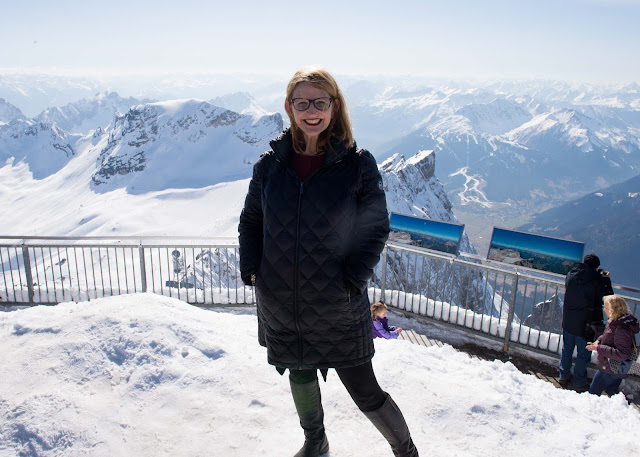 There were still hundreds, if not thousands, up here skiing on this amazingly beautiful day. 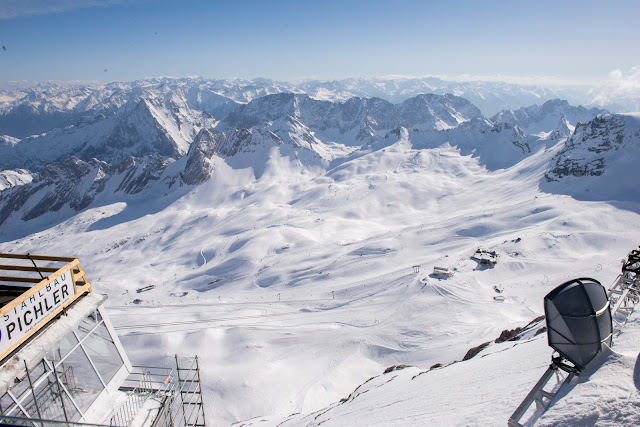 While Dave wouldn't have minded skiing (and in fact, has skied there before I even knew him!), I was content to walk everywhere around the top, soaking in the spectacular view.

And yes, that's me with my arms outstretched, marveling at God's creation! 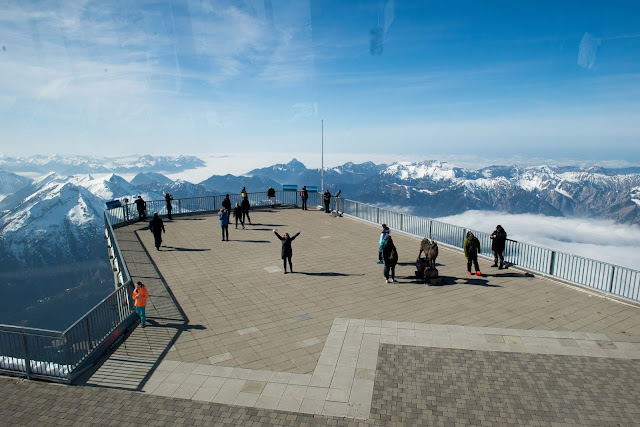 On the top we walked into Germany. 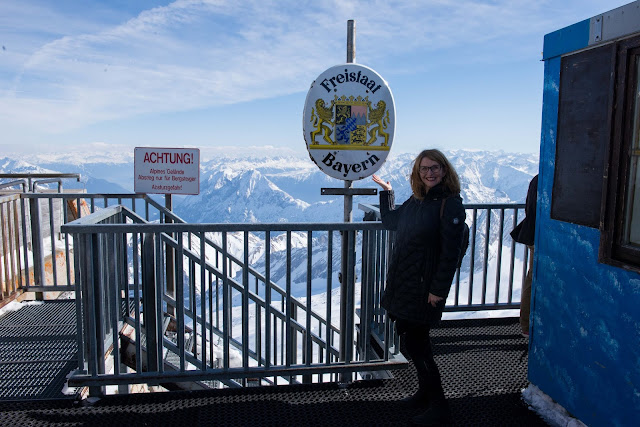 And back into Austria! 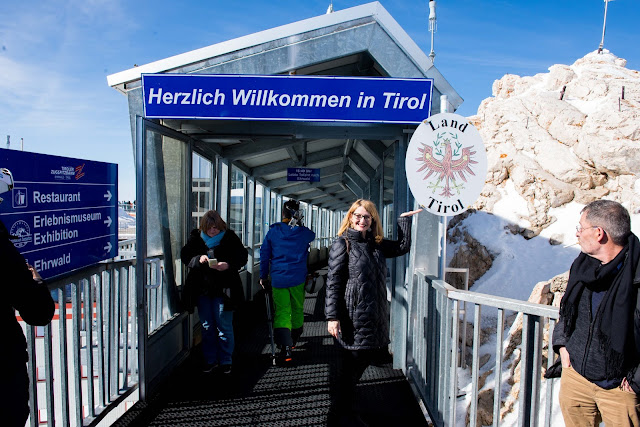 We walked over to the far side and saw the marker that is actually the top of the Zugspitze, loving the fact that it was such a clear day and we could see for so far in the distance. 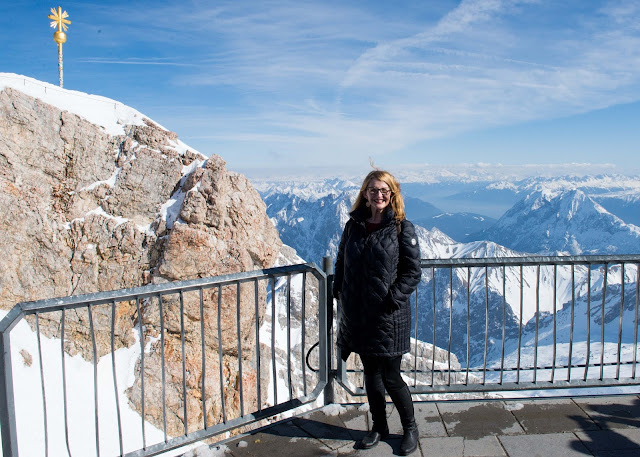 To say this adventure to the top of the Zugspitze was a highlight is an understatement! I've driven by here many times over the years, but never had the joy of going to the top. And now I have! 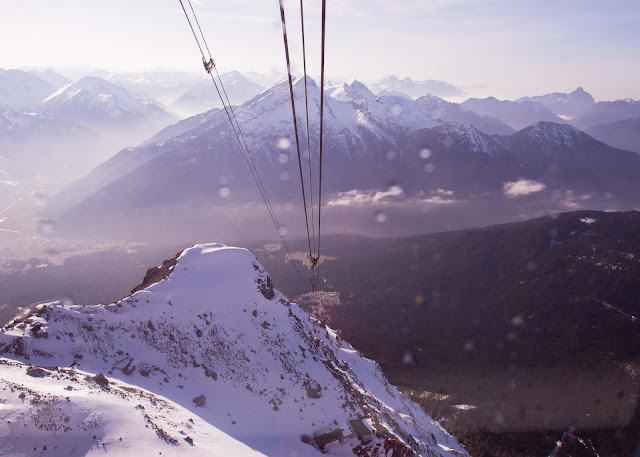 As we traveled back down in the bahn car, I was still pinching myself that it was all real. 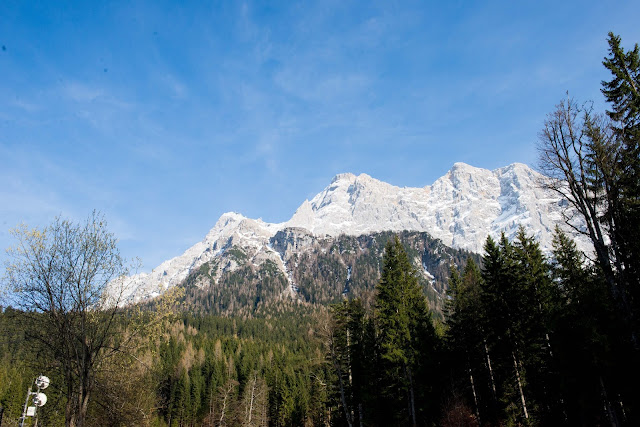 All of God's creation is amazing and spectacular in its own way. But this. Wow. This part of his world kind of got an extra dose of "amazingness"! 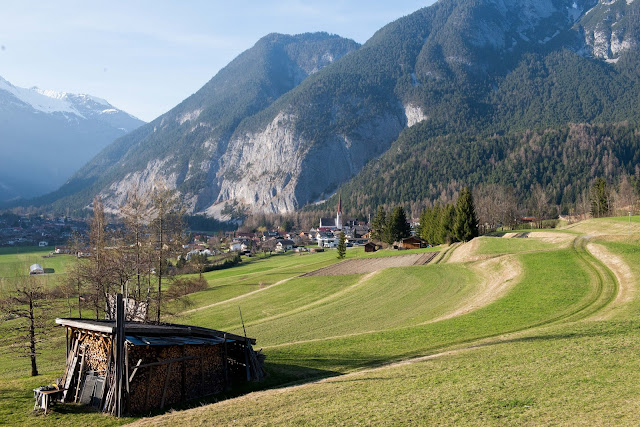 My heart rejoices in the Lord most High, who made it all.