Despite rain, a chilly temperature and dark skies, we headed out into Prague this morning with our GYI conference participants. 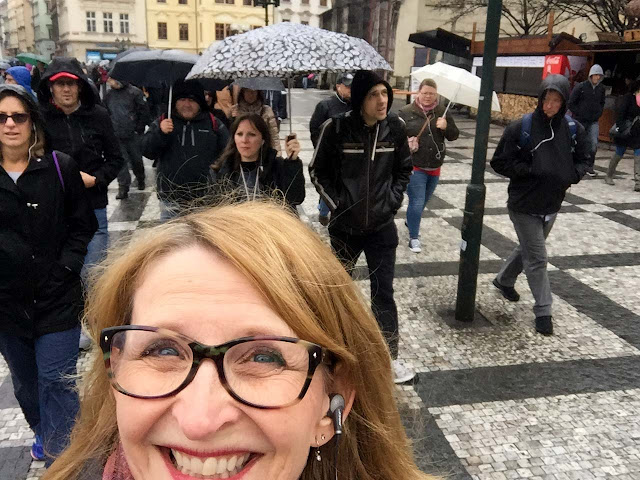 Today's plan was a walking tour of Prague, but not just of the typical or traditional sights. This is one where Dave likes to give the historical spiritual heritage of this country, and how it fits into what God is doing in this region of the world today.

After visiting the Jewish section, we headed over to Bethlehem Chapel, where John Hus preached of Jesus in the early 1400's. 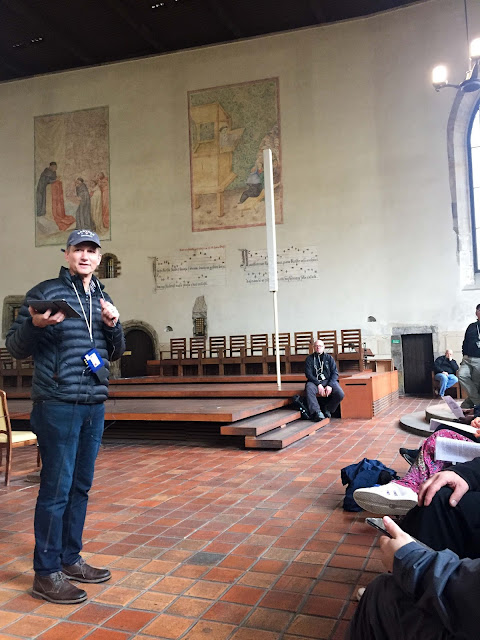 And for that faith, he was burned at the stake in 1415. But that would launch approximately hundred year cycles of spiritual revival, or devastation, here in this land. 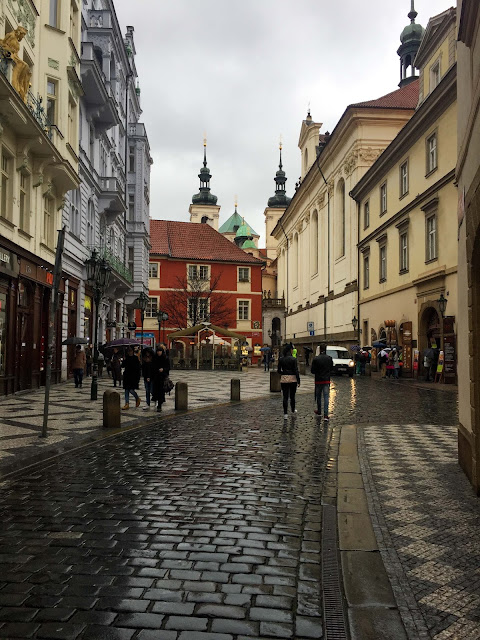 As we soaked in the beautiful sights of Prague (and I mean that figuratively AND literally!), we continued to walk through those spiritual hundred year cycles. 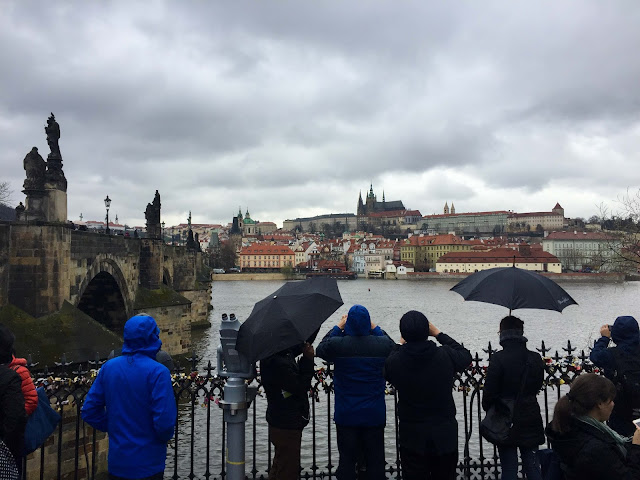 In 1517, Martin Luther nailed his 93 theses to the wall in Wittenburg, Germany, beginning the reformation. In 1620, the Battle of White Mountain right here in Prague took place, killing many nobleman and replacing the religious landscape of freedom in the Czech lands with oppression... oppression that didn't lift until 1918 when it became a nation.

Of course if you know your world history, you know that freedom didn't last for long. Czechoslovakia fell under Communism in 1948, and it wasn't until 1989 that the Velvet Revolution took place and it was finally freed from that oppressive government, which opened the door for freedom of religion after nearly three hundred years.

We moved here in 1993 and have been part of God's movement to restore a spiritual vibrancy in this land, one that we continue to pray for and work towards. 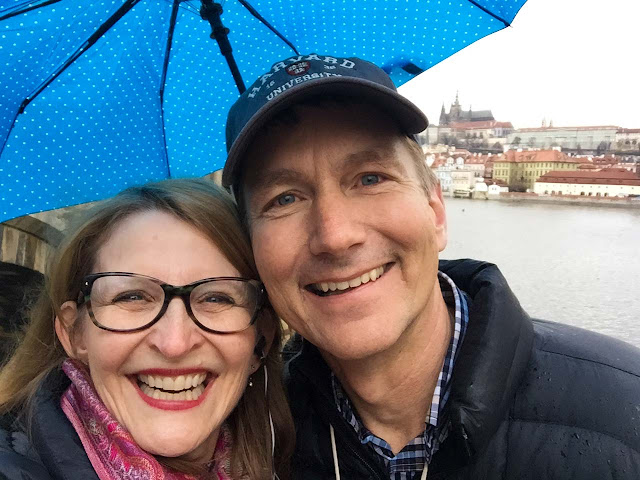 In case you're wondering, one of the other hundred year cycles of spiritual revival took place in the 1700's, and involved the Moravians who, under religious persecution, fled from Czech to Herrnhut, where we were visiting yesterday.

One of the things they prayed for as they fled was that God would protect the "hidden seed", which they believed was first planted by John Hus, and then through those who came to faith in the three hundred years after that, despite persecution and oppression.

As we walked the streets of Prague today, I thought about what a miracle we are living in today: that we have open doors like never before to proclaim the Gospel, and disciple believers to maturity in their faith. Oh may those doors STAY open!! 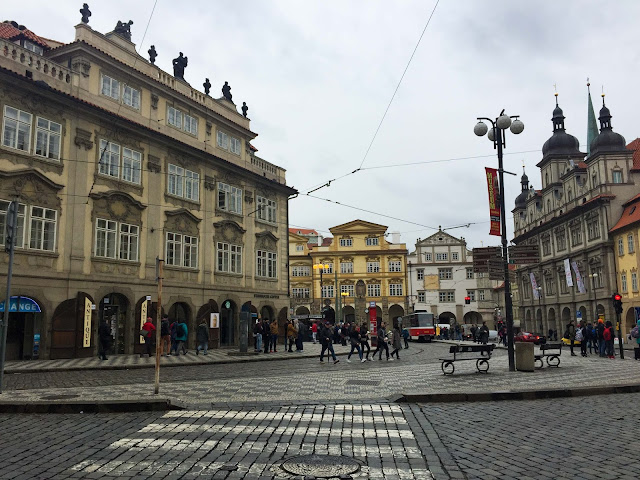 It's crazy to stand on this street corner, where it wasn't all that long ago, in fact, within my lifetime, that Russian tanks stood in this very place to suppress the uprising of people in 1967 who wanted freedom in this land.

And today, we are living in that very freedom that they wanted so desperately. We can be here with our GYI conference participants and talk about what more can be done, in all parts of the world, to proclaim the good news of Jesus Christ to those who don't yet know him. 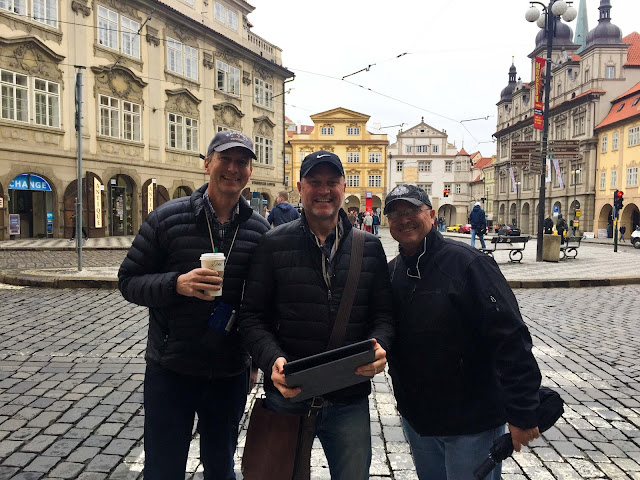 May God raise up more young people across our lands...to know Him, to follow Him in obedience, and to be the next generation to lead the way towards Him. 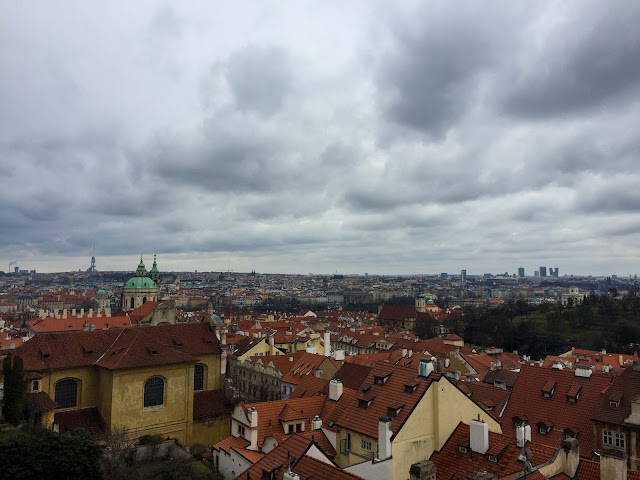 What joy to be with people who have been that generation, and are all about training up the next one to carry on God's work. 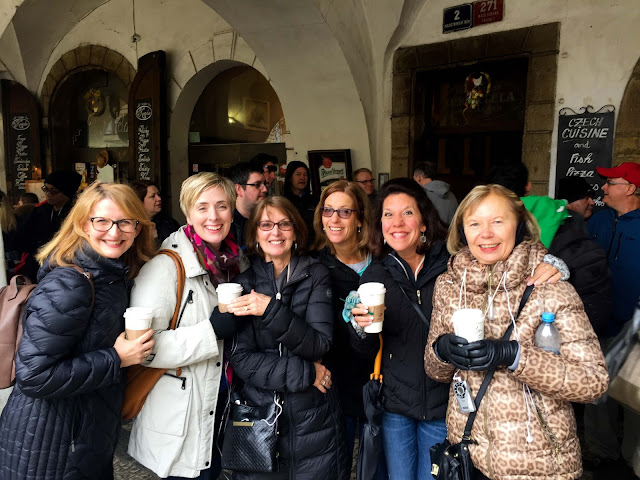 We pray that the hidden seed of long ago will be brought to full maturity, so that many will see and know our great and almighty GOD!!!
Posted by Living By Lysa at 5:42 PM