There are so many memories still floating around in my heart and mind after our trip to the Holy Land last week.

While I captured some of those along the way during the tour, there are still a few more that I want to note before moving on from that incredible experience. 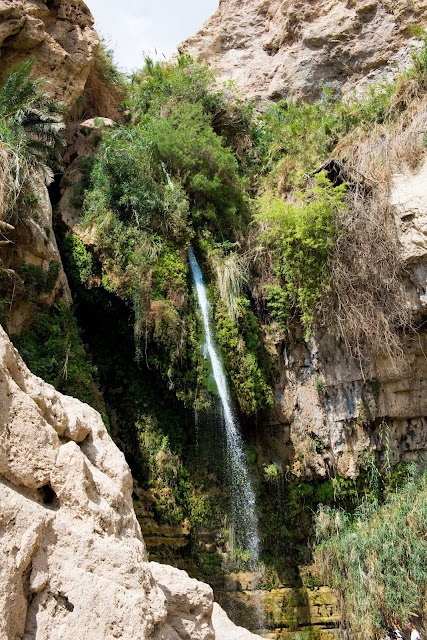 On one of our days in Israel, Dave spoke at En Gedi, the springs in the desert where David fled to when he was hiding from King Saul. Jehoshaphat, one of the kings of Judah, also had a significant encounter at En Gedi when an army was opposing him.

Yet, despite very difficult circumstances, both of these men are known for their trust in the Lord. In fact, they're even connected, as noted in 2 Chronicles 17:3 - "The Lord was with Jehoshaphat because he followed the ways of his father David before him." 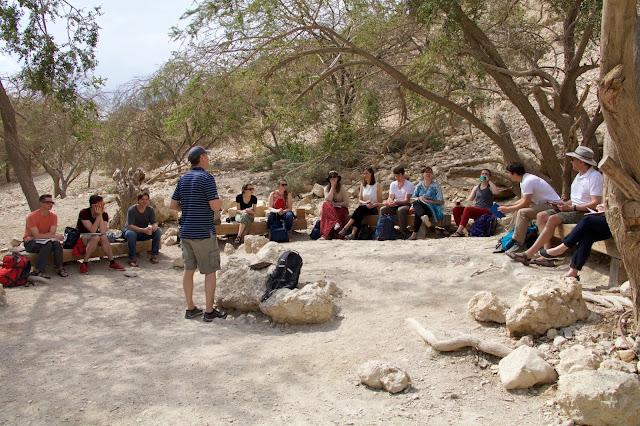 I had so many "trust take-aways" from this particular talk, but perhaps they are best summarized by the verse in chapter 20 of 2 Chronicles: "We do not know what to do, but our eyes are on you." That's a good place to start when you don't know what to do! I've taken it to heart.

En Gedi will always have a special place in my heart for how the Lord spoke to me there. 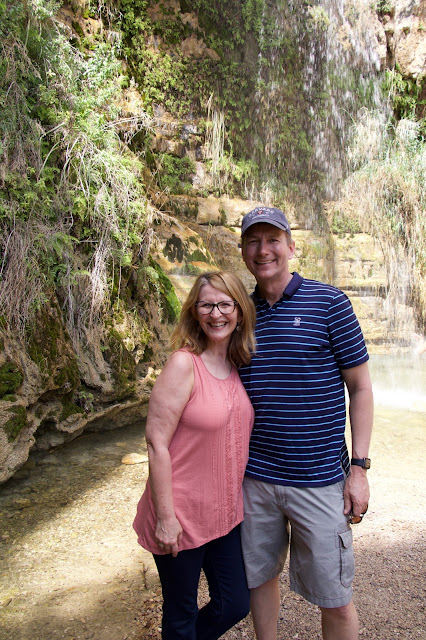 On a completely different subject...we got to stop at the Ahava factory while we were in the Dead Sea area. Ahava products are some of my most favorite when it comes to moisturizers and skin care so it was a treat to visit this place! 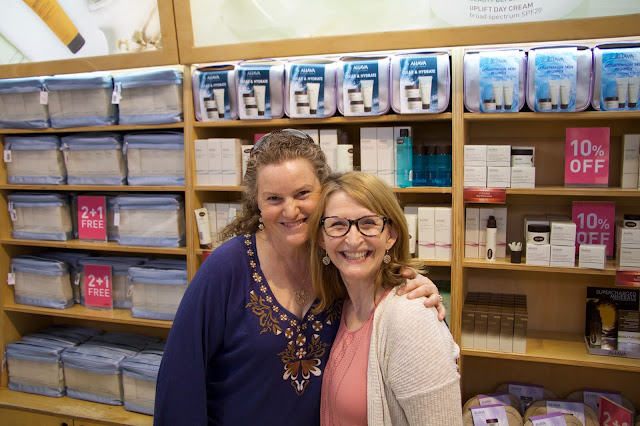 When we walked out of there, it was raining! This is significant because they say it only rains ten days a year in the desert.

But what's even crazier is that when we were here three weeks ago, we also experienced rain! What are the odds of being at the Dead Sea for two out of its ten days of rain a year??!! 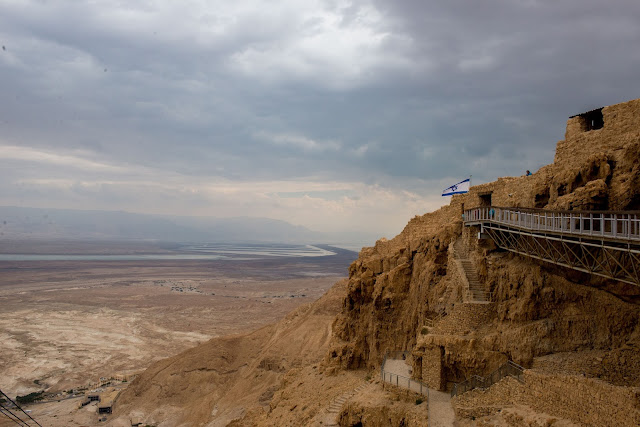 The temps were unusually cool that day, so we needed coats up at Masada, the fortress that sits on top of this mountain.

Cool temps don't happen very often either as it is usually quite hot there. There probably aren't a lot of photos taken here with coats on! 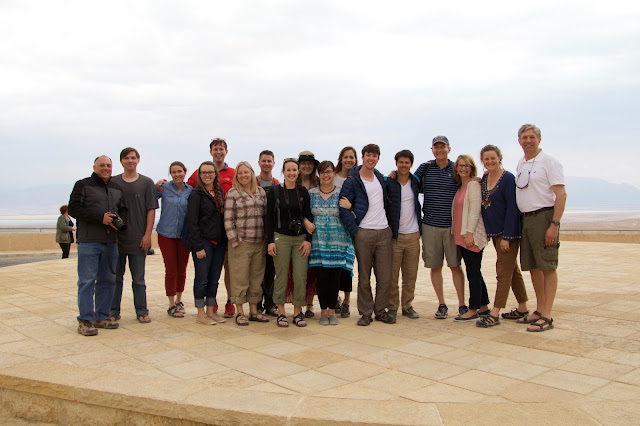 After leaving Masada, we drove down to the spot where everyone would get to take a swim in the Dead Sea. But wouldn't you know it, we encountered more rain! I tell you, it is SO strange to be in the desert on a bus with its windshield wipers on!

We ate lunch under gray skies, but at just the right time, as everyone was heading into the salty water, the sun came out and I got this picture! 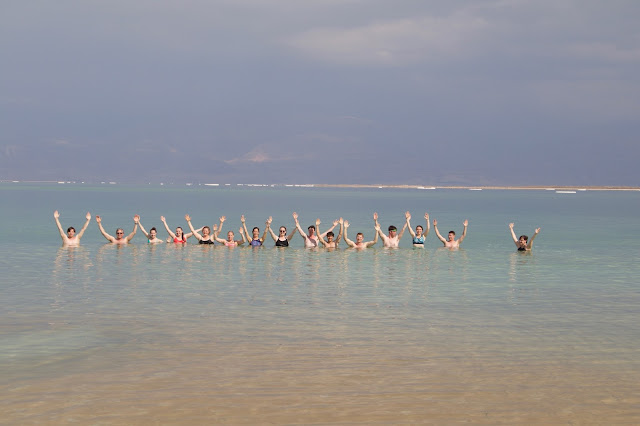 It stayed sunny the whole time they were in and turned out to be a beautiful afternoon with everyone enjoying the unusual experience of the Dead Sea! 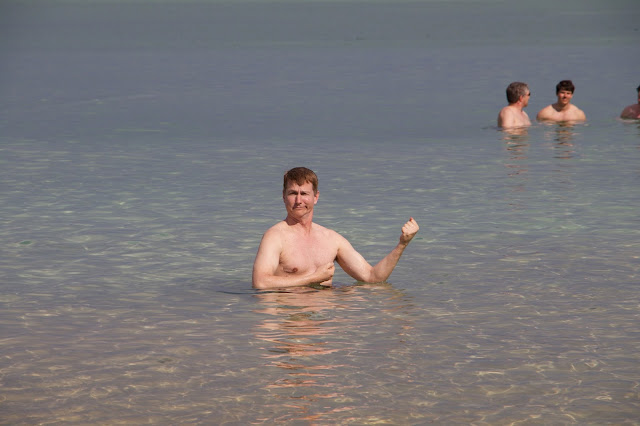 That evening we came into Jerusalem, checked into our hotel, had dinner and then headed out for an evening walk in the Old City. 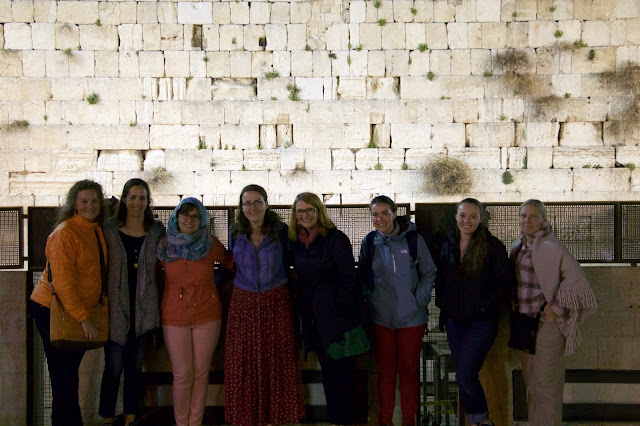 While it almost looks like we're photoshopped into this photo, it's actually real. We're in front of Jaffa Gate, with our hotel just around the corner. What an incredibly special location! 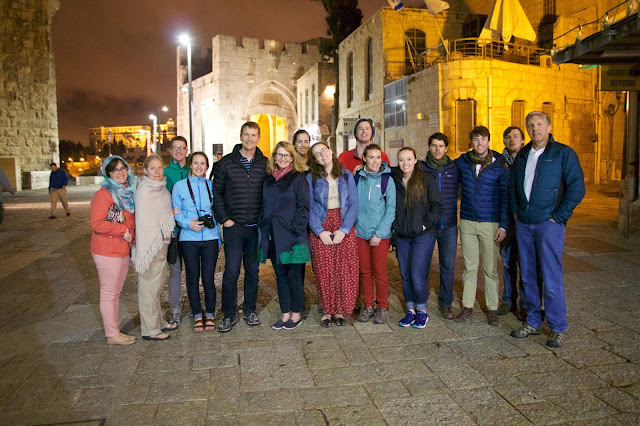 The next day, as we were headed to the Garden of Gethsemane, who should we run into but our friend and tour guide, Andrey, from numerous other tours we've been on! Kind of made Jerusalem feel "small-townish". 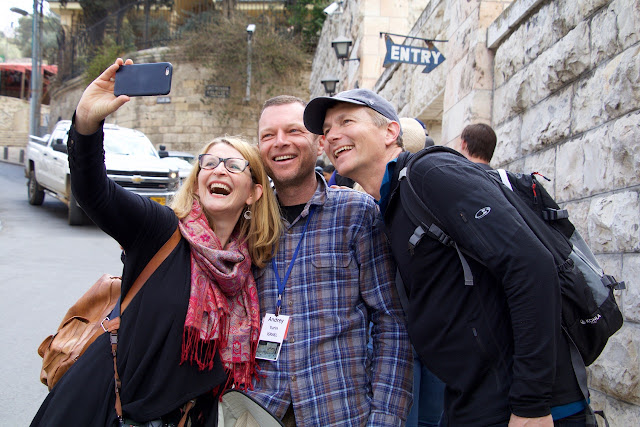 What a privilege to have spent another week in this very special place. I'll be thinking about and processing all we studied for a long time. 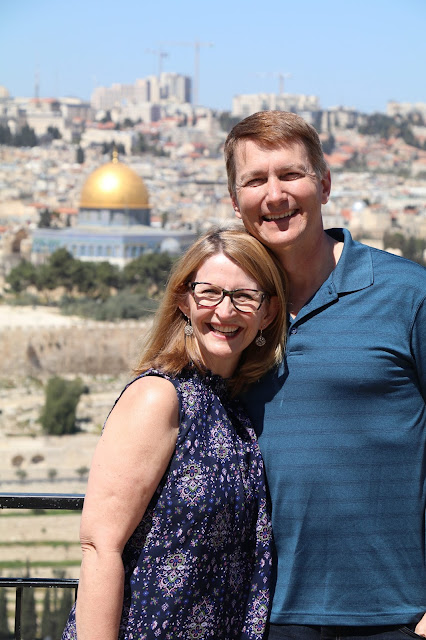 Most importantly, our time in Israel brought me ever closer to the Lord, and gave me greater desire to stay connected to him. 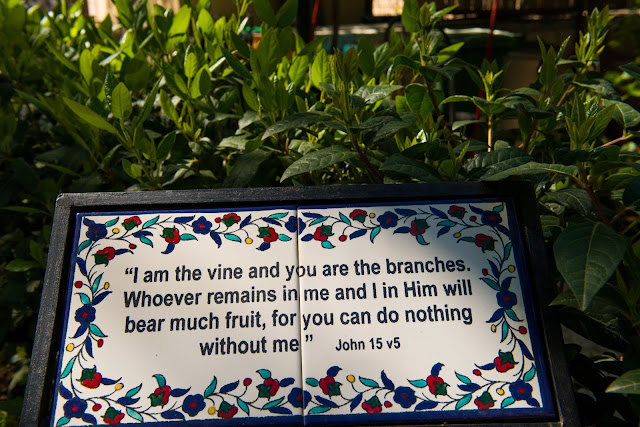