We woke up to a gloriously beautiful last morning in Jerusalem. 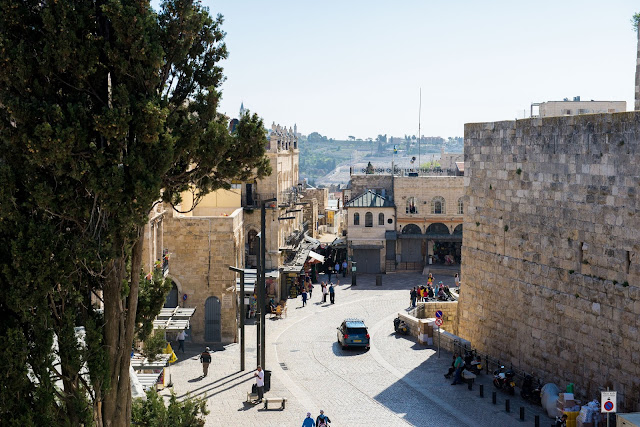 With just a few hours left before departure, some from our group decided to walk the walls around the Old City of Jerusalem. 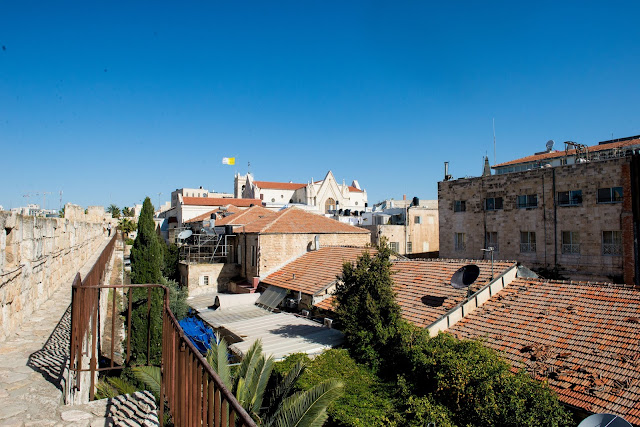 While these are not the original walls, they WERE built in the 16th century! They offer an entirely different view than what you see walking through the narrow streets below. 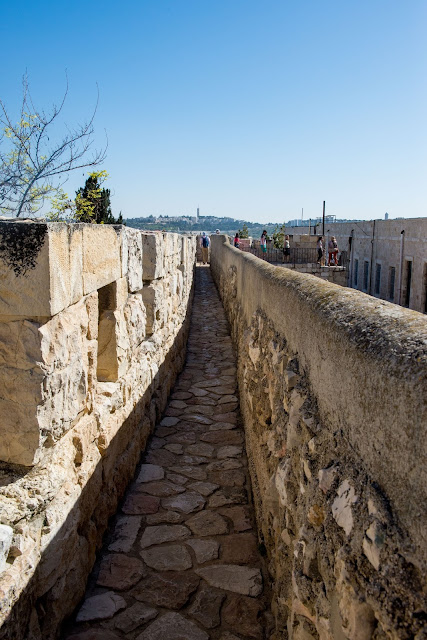 You can't walk the entire way around the city on the walls, due to the fact that Temple Mount is closed off. Therefore you have to choose which side of the city you'll walk the walls on. 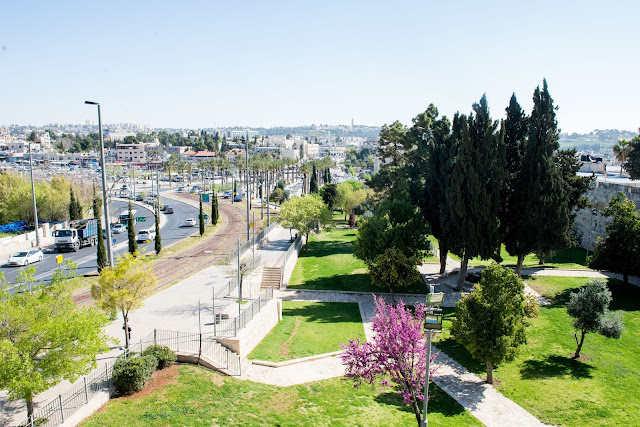 We chose to walk from Jaffa Gate to Lion's Gate because it's a longer walk! 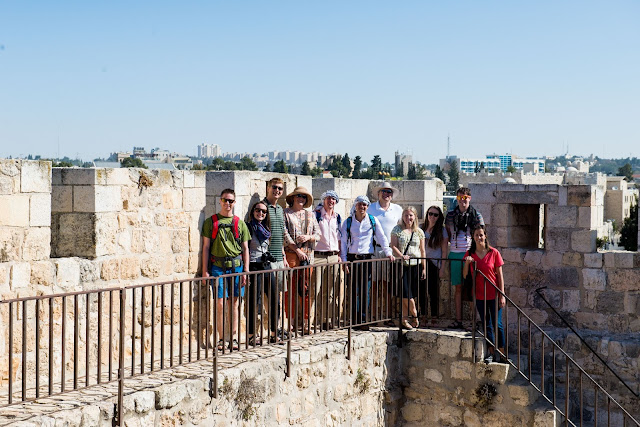 The views from the walls were simply stunning on this beautiful morning! 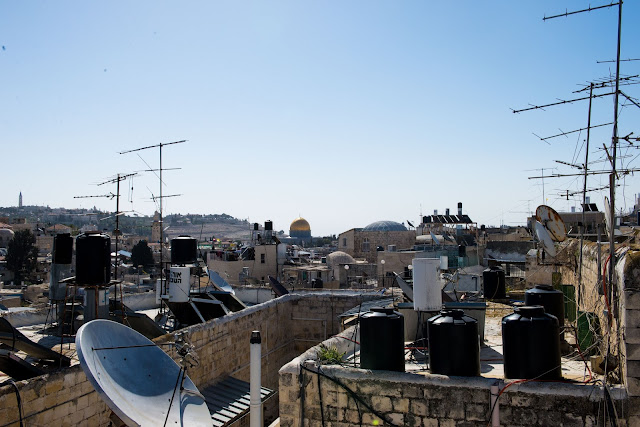 From stunning vistas across the city, to views down into the markets, it was fascinating to take in Jerusalem from this vantage point. 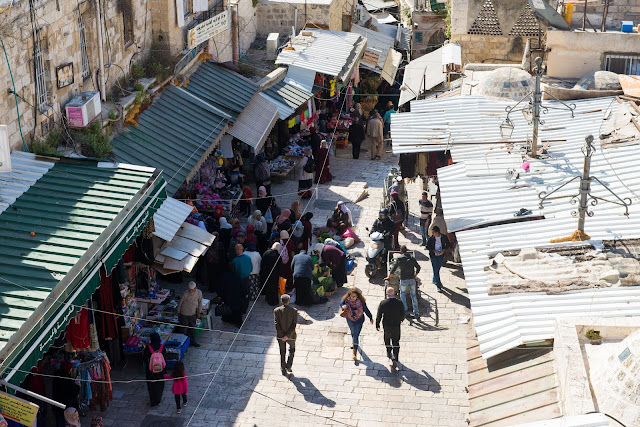 Of course there were plenty of "photo op" moments along the way! 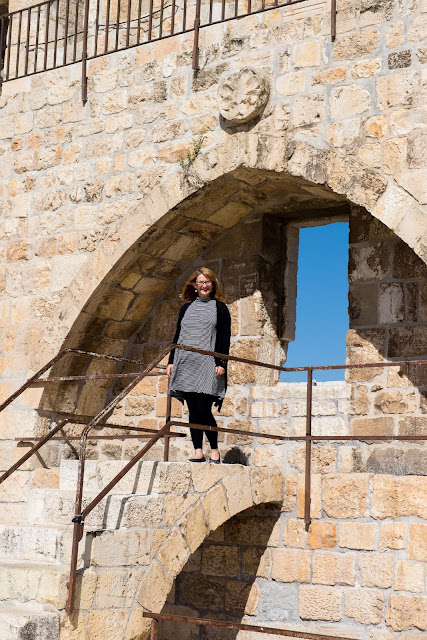 It's really something to be up there and think about the amount of history that has taken place from atop these walls, and down in the city. 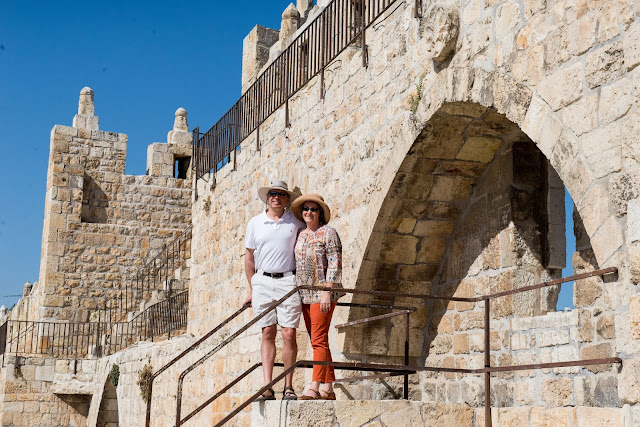 At one point someone called out, "Hey, that looks like the bus station by the Garden Tomb!" And that it was!

Among the trees, on the left in this picture, is the most peaceful spot in the city. And yet, it's smack dab in the midst of this bustling city. 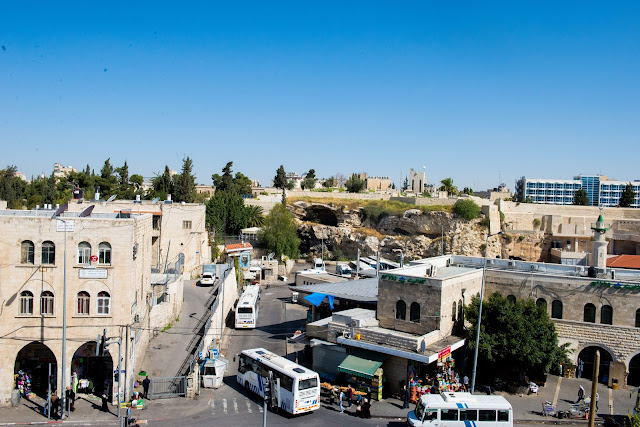 Because we've always taken a bus to get to the Garden Tomb, I thought it was much further away from the center of the city than it actually is.

Now I understand a bit more why some thought there was a possibility that it was the place of Jesus' crucifixion and resurrection since that spot IS just outside the city gates, which is what it says in Hebrews 13:12 - "And so Jesus also suffered outside the city gate to make the people holy through his own blood." Fascinating discovery from up on the walls! 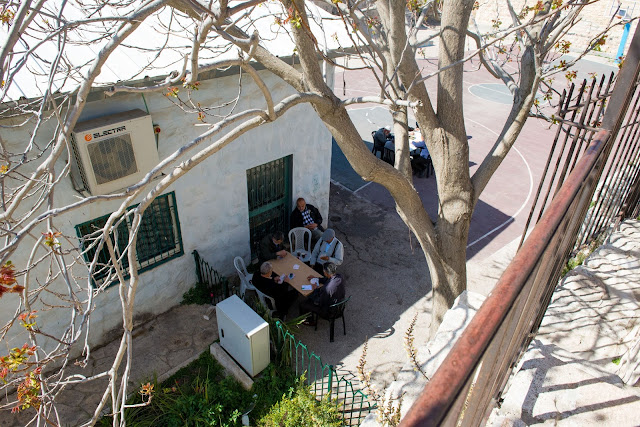 Not to mention, it was awesome to see real life happening down below. Just a bunch of guys, playing cards in the morning! 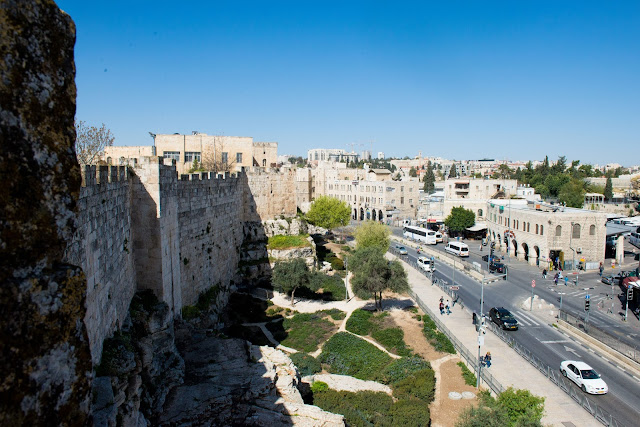 One of our mornings here in Jerusalem I got up at sunrise to take the 3 mile walk around the city walls. But somehow I didn't take in the enormity of the wall's size from down below on the sidewalk. It was so cool to be up on the walls and look out at them from here and see how big those walls really are!

We came down off the wall into the Muslim Quarter. This guy has a pretty awesome location for his fruit stand! 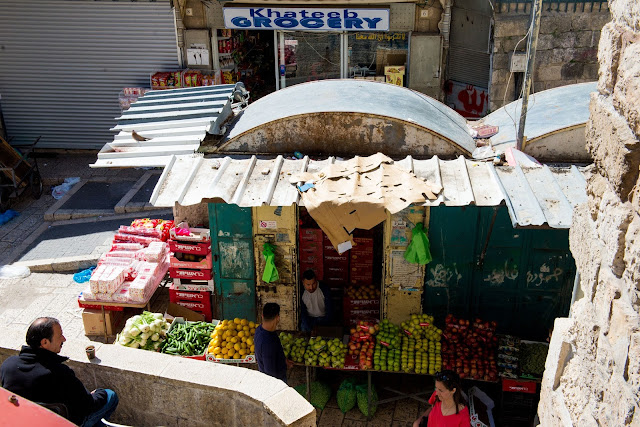 We walked back through the Old City one last time, enjoying the beauty and pulse of Jerusalem's heart. 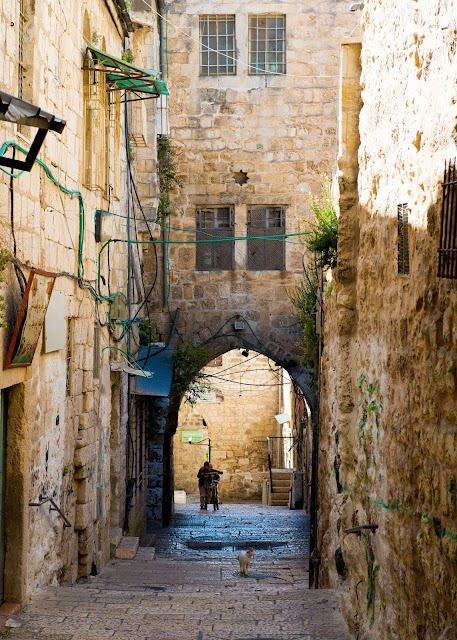 We then had one last time together with our dear friends, before it was time to leave this place we've come to love. 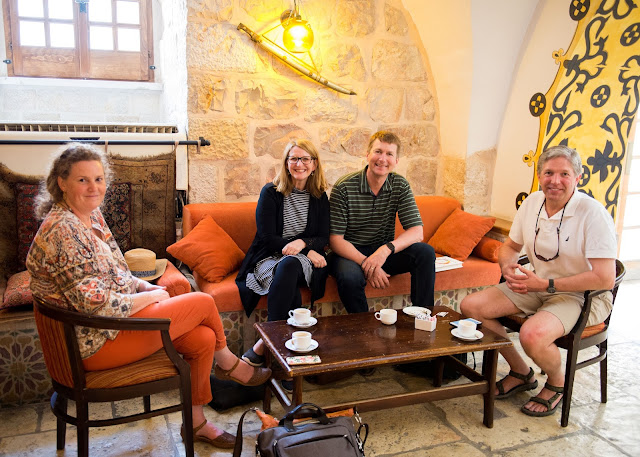 There is still so much more to learn, understand and grow in by visiting this amazing country. I already look forward to the next time we return...to the land where Jesus walked!
Posted by Living By Lysa at 9:58 PM