We arrived in Jerusalem last night, making our way towards the culmination of the chronology of Jesus' life that we've been following on this trip.

Dave has been teaching three to four a times a day, leading us through the life of Christ. It's been powerful.

Come with me for a little window into Dave's teaching today. 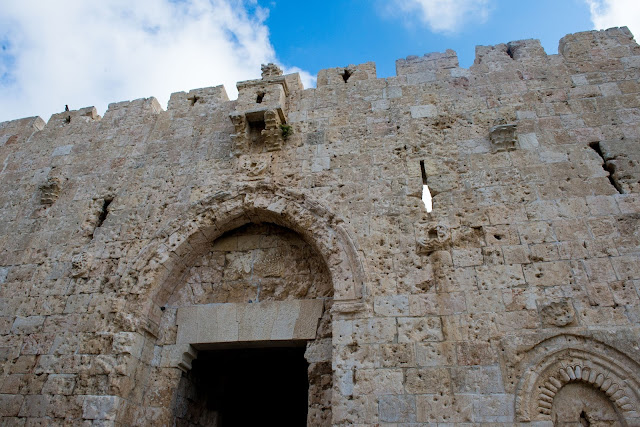 We started out on the rooftop of the place where it is believed that Jesus and his disciples had the Last Supper. 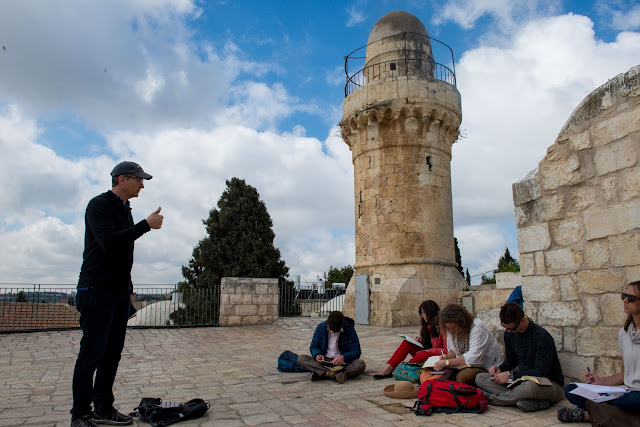 There he began a four part series of teaching today that highlighted two things: the failure of man, and the faithfulness of Christ.

Horizontal: If you want to be a leader, you have to learn to serve; learn to love each other; don't be surprised by hardship.

Vertical: Develop sensitivity to the Spirit; abide in Christ; learn intimacy with the Father.

Of course you know I'm simplifying what he spoke on! But it spoke so deeply to us all. 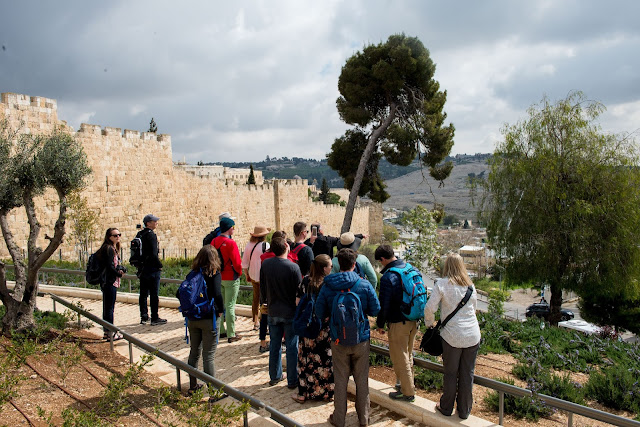 We then began our descent, around the wall of the city, towards the Garden of Gethsemane. 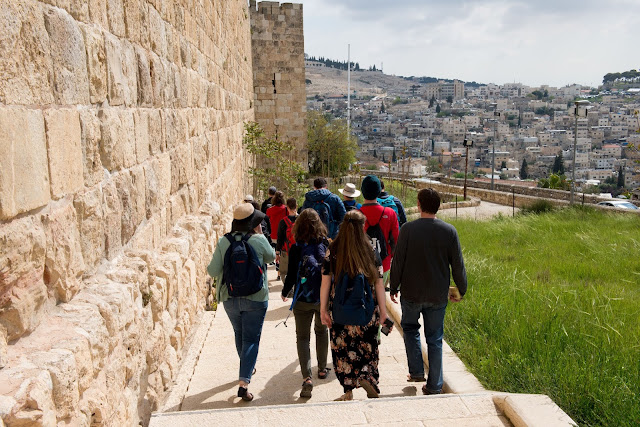 As we walked, we watched many bar mitzvah celebrations taking place! Mondays and Thursdays are the days of the week that those coming of age rituals for Jewish boys take place. 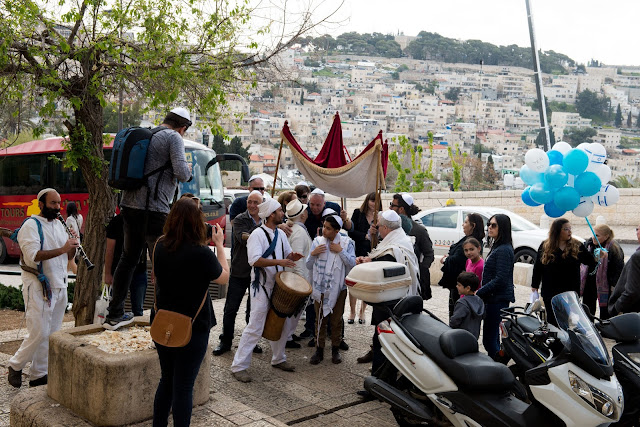 We stopped for a look over the Kidron Valley, the place where the City of David, the old Jerusalem, was located 1500 years ago. You can still see the terracing, on the right, that most likely was done for his palace in that time. 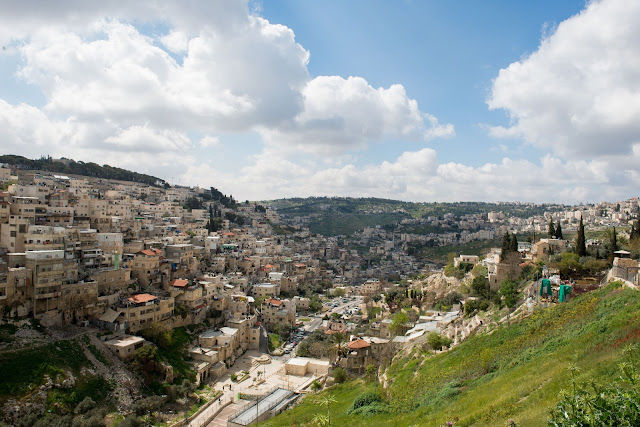 Across the way you could see the old walls of the city, including the Golden Gate, which is sealed up, but still beautiful. 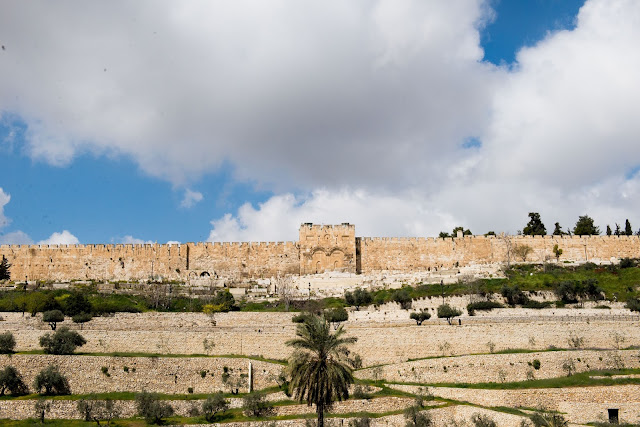 Finally we reached Gethsemane, the garden where Jesus and his disciples went to pray on the night he was betrayed. 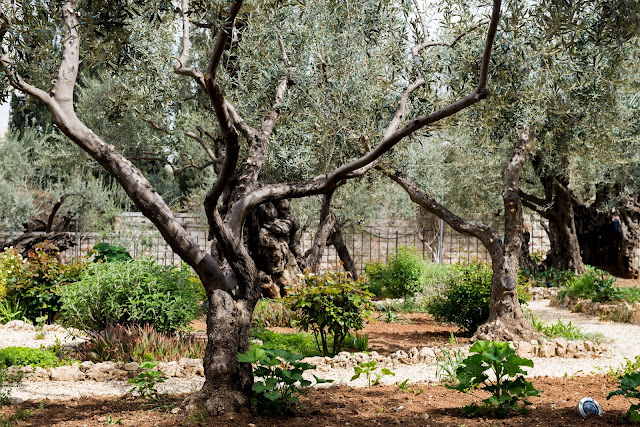 Here Dave spoke on the pressure that Jesus faced that night...and how no one has ever been under that amount of pressure. Yet, in his faithfulness to do what he'd been sent to do, he didn't eject, buckle or use his God card to get out of his agony.

Instead, he obeyed his Father and stayed the course towards his death. 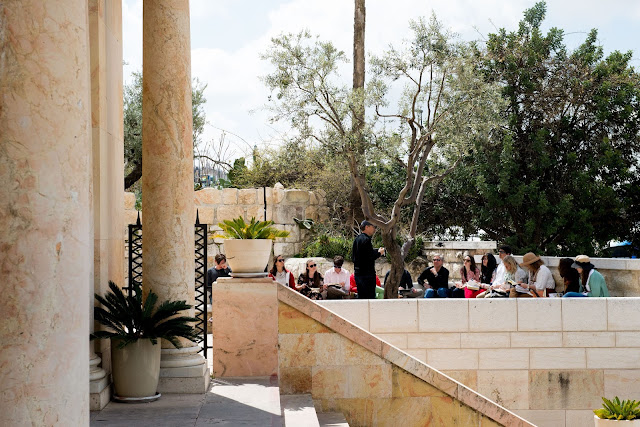 We headed next to the house of Caiaphas, the high priest, where Jesus was held in prison and tried. One of the gals with us read Psalm 88 in the very place where they believe he was held. 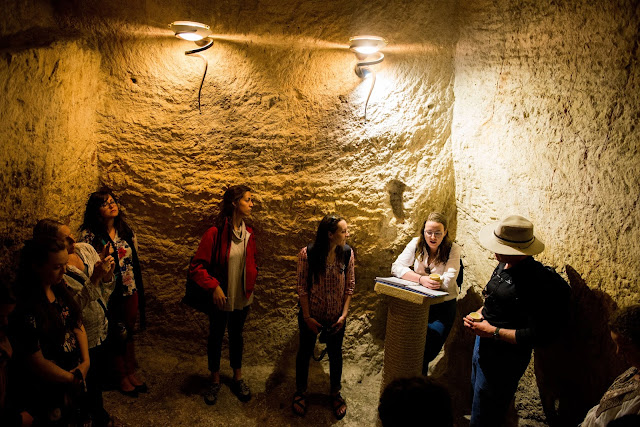 Out in the courtyard here, Dave spoke about the failure of Peter in the very place where he denied Jesus three times. 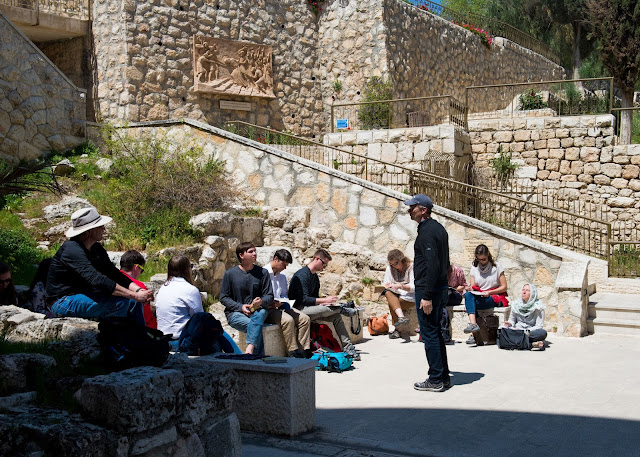 But yet again, we see the faithfulness of Christ to not waver in his obedience to the Father. He walked these very steps to his death. 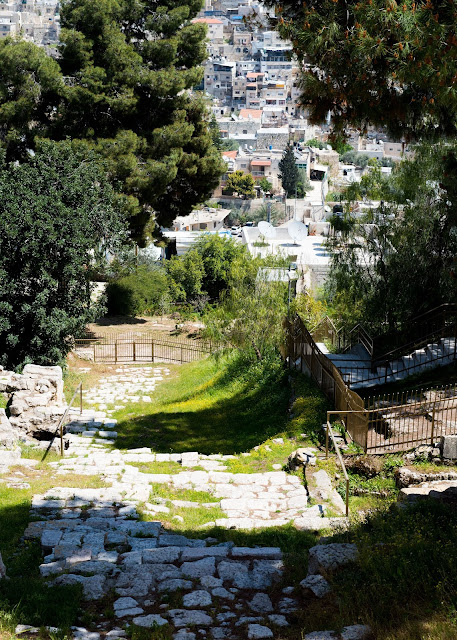 Finally we came to the place that is traditionally thought to be where he was crucified, a place where there is now the Church of the Holy Sepulcher.

Up in a courtyard on the roof, Dave spoke for his last time today. 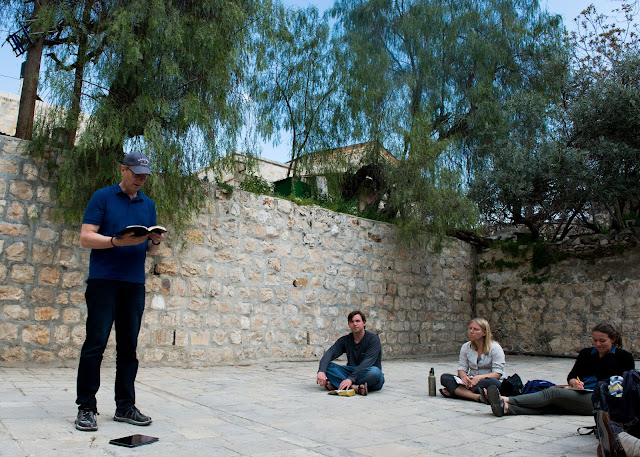 Here he powerfully spoke on Christ being our only hope. 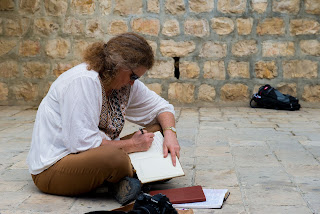 That man's failures were, are and always will be pervasive. But that does not cause Christ to fail! Nor are his purposes thwarted by our failures. Jesus' faithfulness on the cross bore, and overcame, our failures, our sin, our sorrows, our pain and our wounds.

I can't fix, punish or pay for any of that myself. Only Jesus can.

All I can do is put my faith in him and let his faithfulness swallow my sin, sorrow and pain.

My only hope is in Jesus! 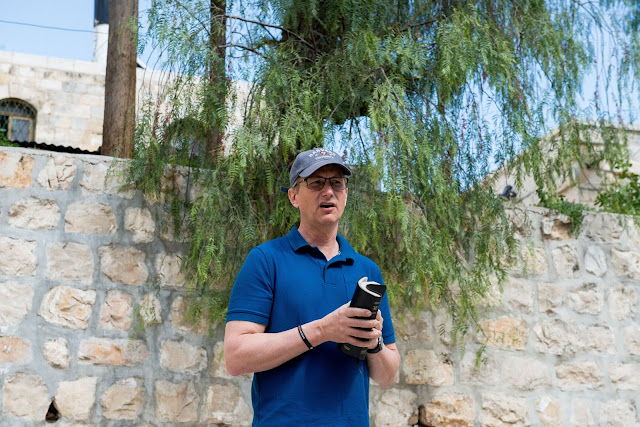 So thankful for my Savior!

And so thankful for my husband who brings the truths of the Bible alive through his teachings.
Posted by Living By Lysa at 10:30 PM