Do you ever have a project that somehow just takes a long time to finish, even though it's in front of you every day?

This is the story of one of those projects around our house...and a message to two dads (mine who lives in Oregon, and Caleb's who is away in the States right now!) to say that it's finally finished!

Five years ago, in  May 2006, my dad came out to stay with us for a month. While he was here he noticed something missing at our house. 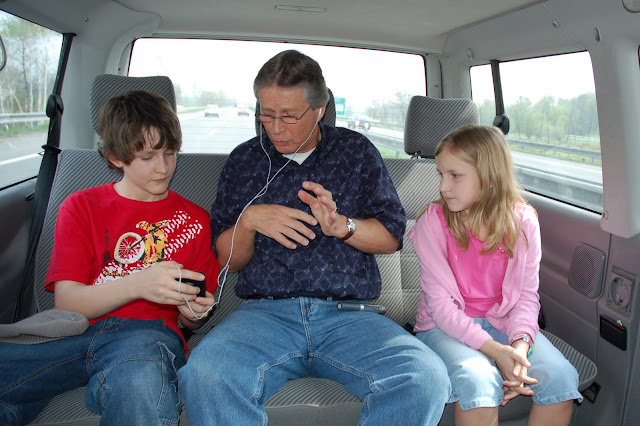 Through a really cool story (too long to tell...sorry!), while he was here he got word of some money that he had invested 40 years before, that was finally paying off. With much love for us, he offered to use part of it to buy something that would meet that need. 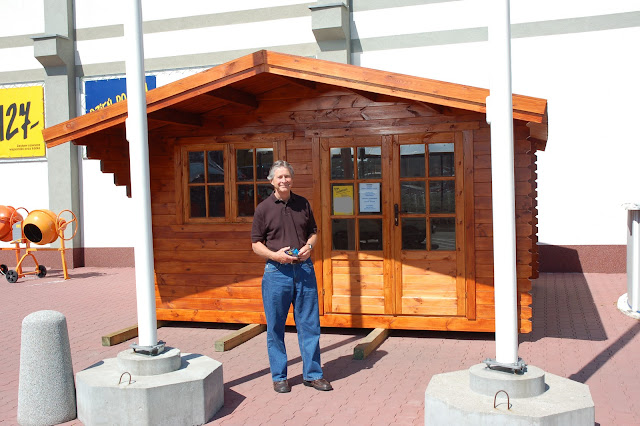 A garden storage house for our yard! After looking at various stores in the area, we found just the right one to fit our needs.

We built a foundation for it...(more work than it looks like in the photo!) 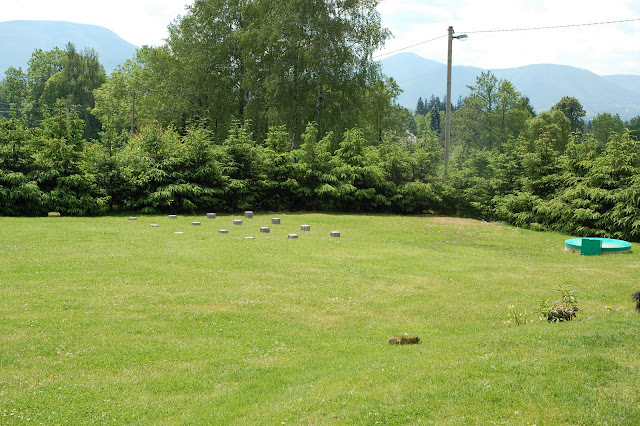 And one day in June, after my dad had already left, a crew delivered the wood... 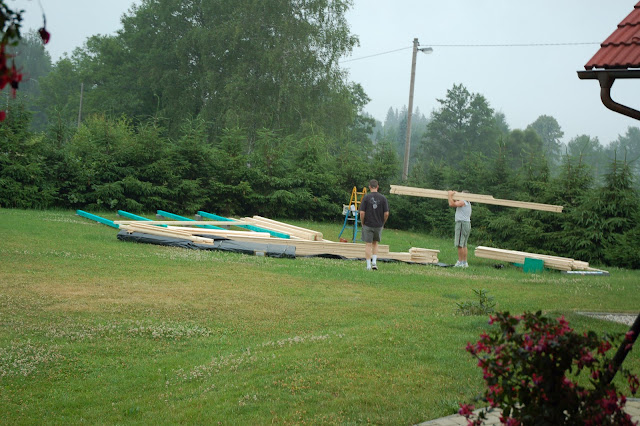 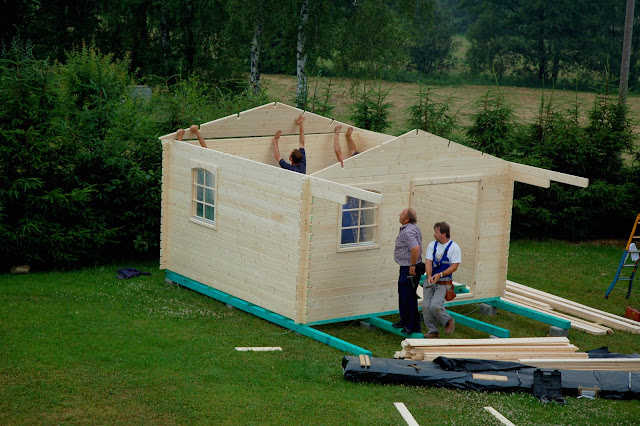 It looked so cute when it was done - like having a big playhouse in the yard. 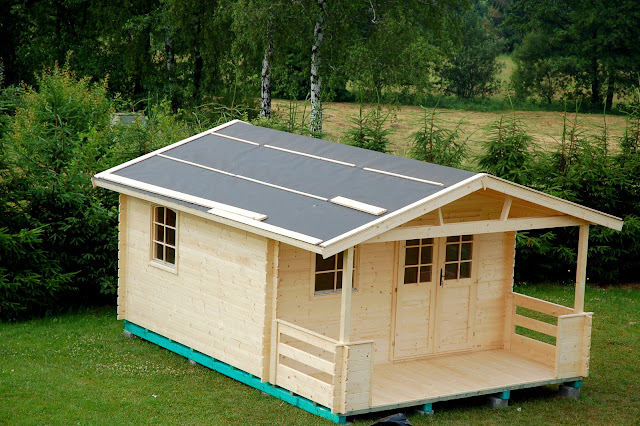 Later that summer, we spent a Saturday staining it as a family. 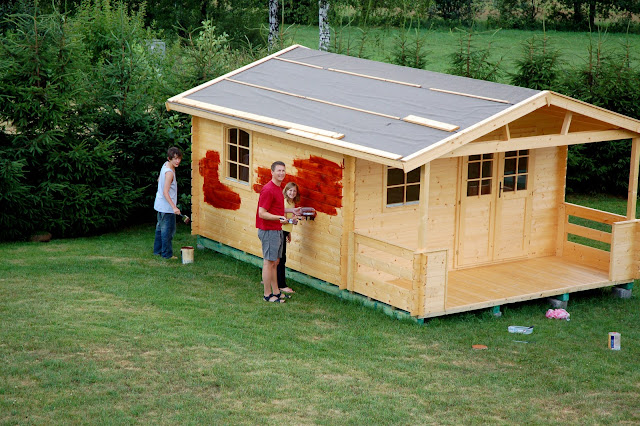 What a project that was, getting two full coats on - though we did have some pretty awesome helpers to get it done! 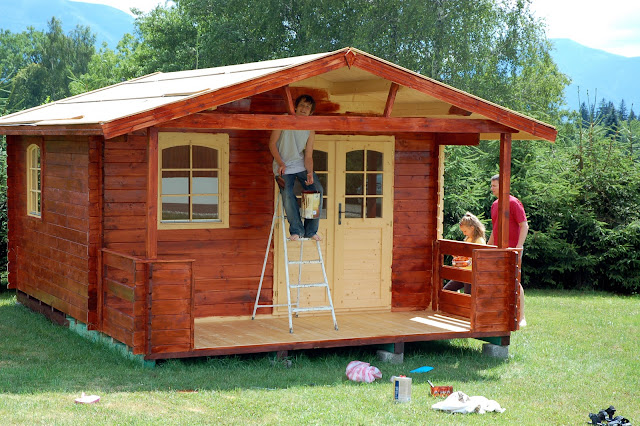 It looked great when it was finished, except for one thing... 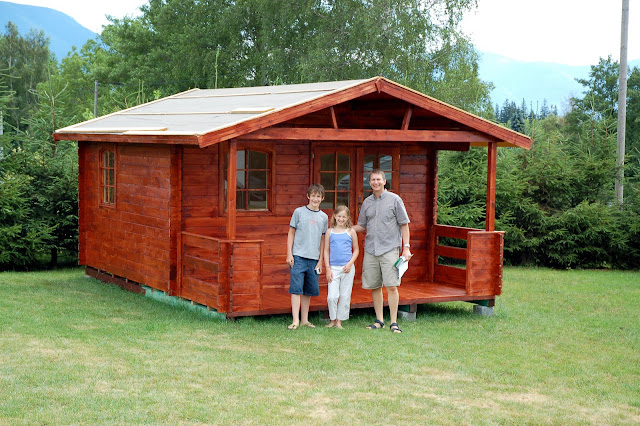 We didn't have roof tiles to put on it (those didn't come with the delivery!)

Years went by, and still no roof tiles - it was one of those things we kept meaning to do, but somehow it was never in the budget to actually purchase them. The garden house worked (it holds so much stuff that would otherwise be crowded into the garage), and didn't even leak too much as it had a tar paper roof. But we knew that some day we'd have to put some tiles on it.

I'm not even sure when the next part of the story happened...maybe two years ago? A friend of ours gave us some roof tiles from his parents house which Dave and Caleb put on. Unfortunately, there weren't enough, so only half the roof was done.

It sat for another year with a partial roof of tiles.

But finally this week...Caleb went and picked up the last tiles...more than five years after this project was started! 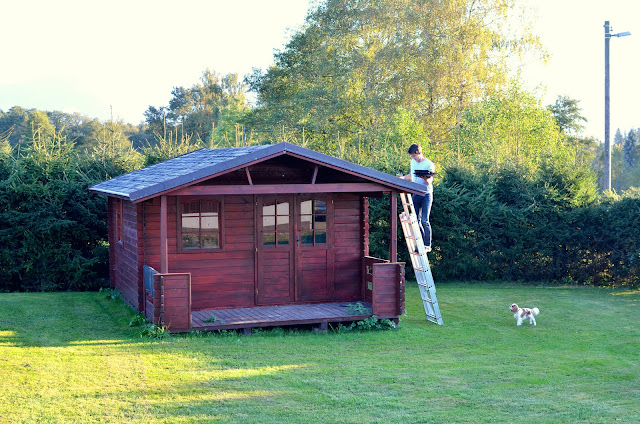 He headed up to the roof and I waited on the ladder for the last nail to go in! 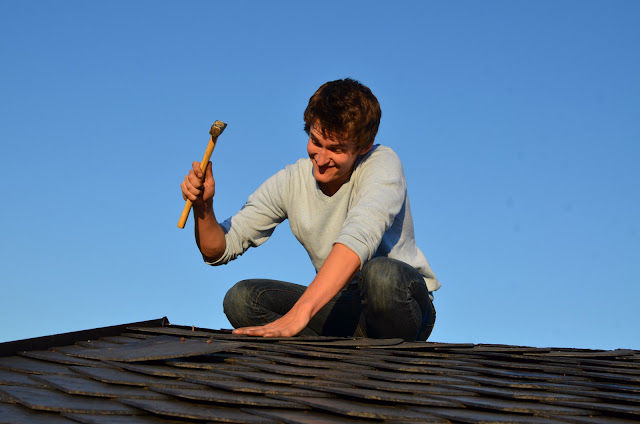 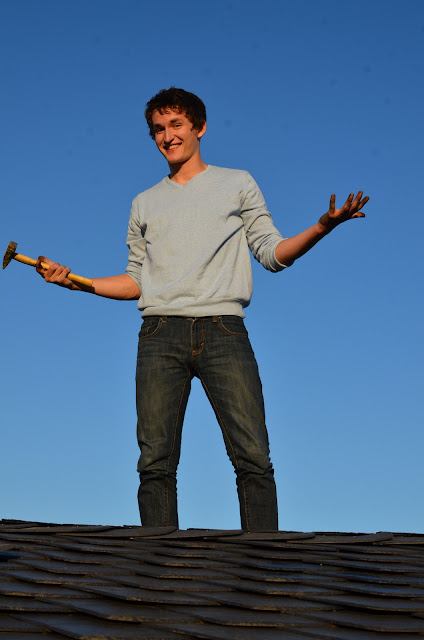 Glad to have that project finally checked off our "To Do" list!

Thanks SO much dad for making that investment in the garden house for us!! I think of you every day when I see it!
Posted by Unknown at 5:47 PM