In my never-ending quest for recipes that are good for our family's gluten free needs, I stumbled upon a cookbook last year that has been a great one. 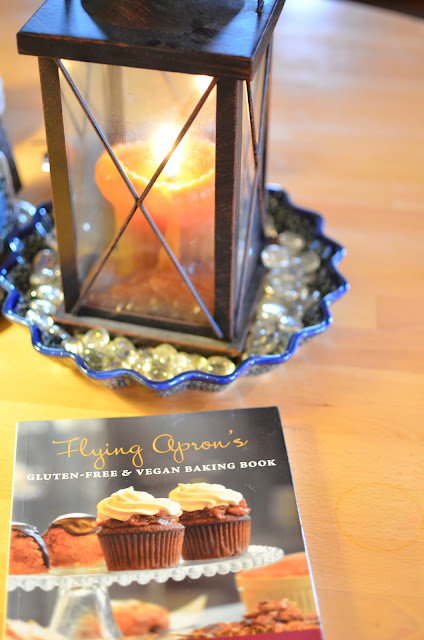 It might look like it's all about dessert - and I gotta say, there are some good ones in there! But it also includes lots of other yummy things, like the lentil soup I put in the crock-pot today - totally different than other lentil soups I've made.

Back in July, Claire and I were in Seattle with Dave, waiting in the office of a church where he was in a meeting. On a whim, I asked the secretary if she could look up the Flying Apron Cafe to see where it was. I knew it was somewhere in Seattle, though it could've been anywhere given how big the greater Seattle area is.

As it turned out, we were right down the street from it! :) Claire and I drove just five minutes and were in the Fremont district of Seattle. 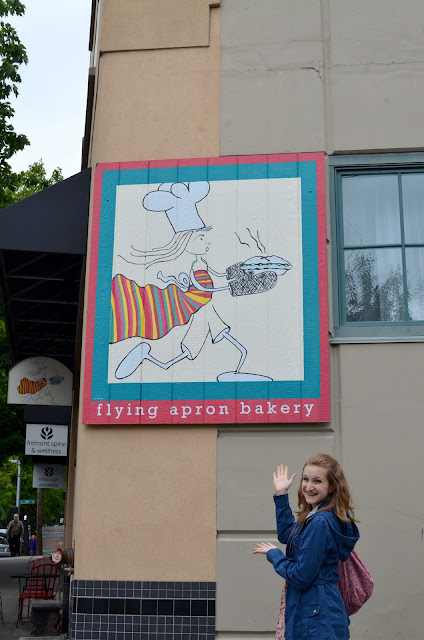 For Claire especially, it was a treat to go to a bakery where she could get absolutely anything! She loved what they had written on their sign behind the counter too: 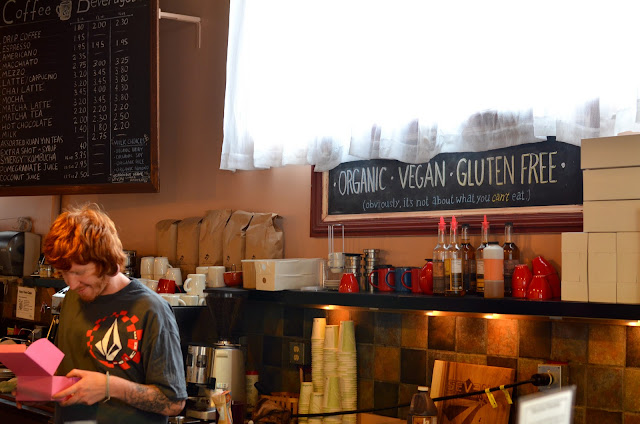 "Obviously it's not about what you CAN'T eat." That's now one of our favorite sayings! 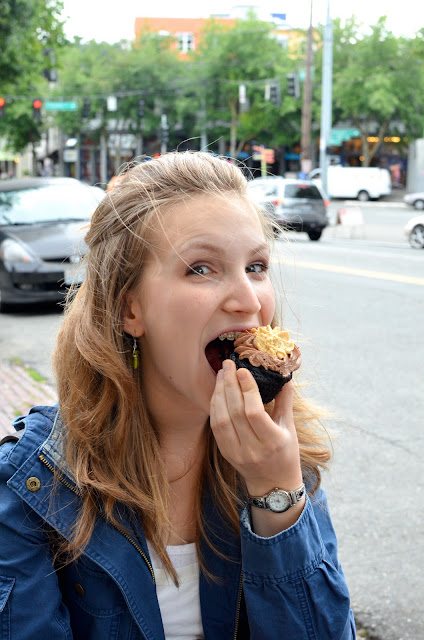 That day Claire got to have the very cupcake that is featured on the cookbook we have - a chocolate delicacy with peanut butter frosting...all "legal" for her!

This is the cookbook I made her pumpkin pie from, and the apple pie from her birthday last year. It's a good one if you are looking for something different in the gluten free, lactose free arena of cooking.