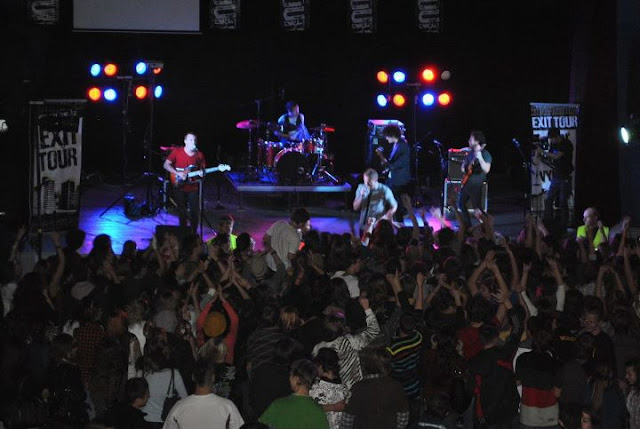 For those of you who have been following JV and/or my blog for a while, you know that one of the most special doors God has opened up in our ministry has been through the television program "Exit 316", a Christian program that we produced, which aired on national Czech TV for 82 weeks a few years ago. 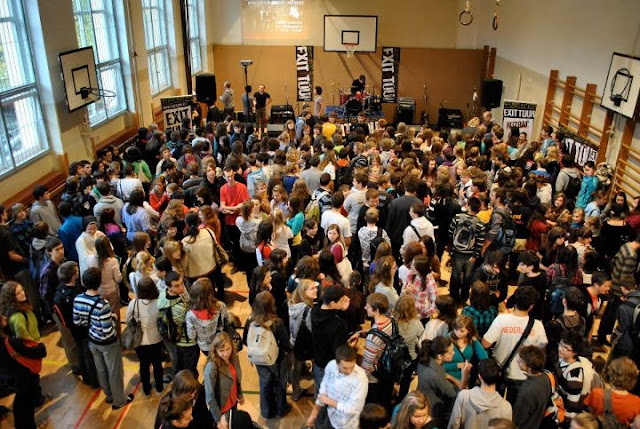 This opened the door for Exit Tours, which brought Dizmas, a band from southern California into schools across the Czech Republic. In public high schools, they were given day long assemblies to promote the television show, build relationships, give concerts and lectures, and most importantly, share the Gospel. 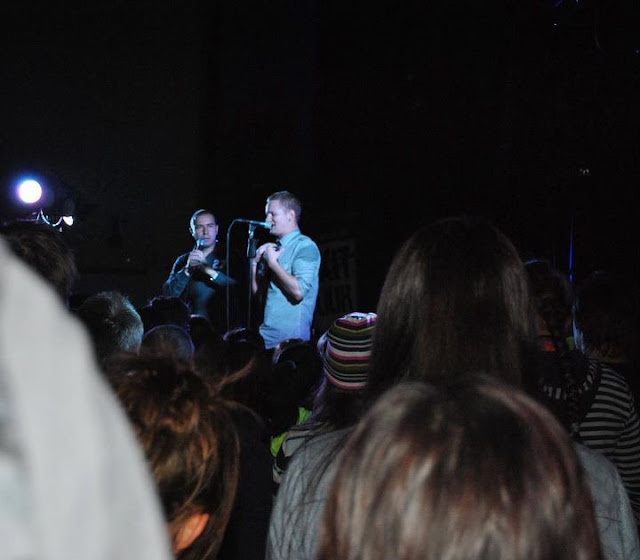 Long after the television show ended, these school programs through the Exit Tour continued...in Czech, Poland and Slovakia. They have literally reached tens of thousands of young people with the good news of Christ over the past three years. 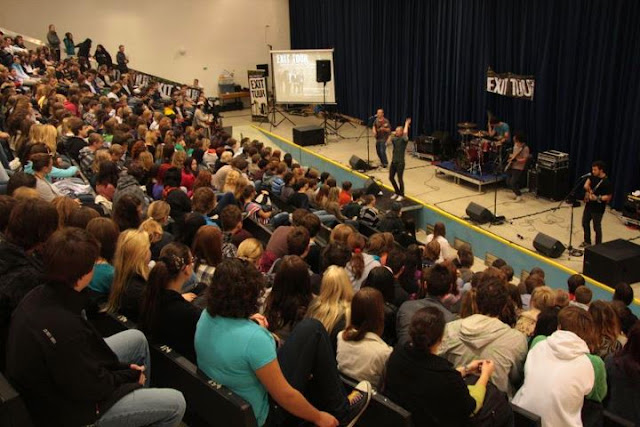 And it's happening again! The Exit Tour team arrived today in Slovakia where they will be based this tour. The tour will be in several cities across that country, as well as in at least one city here in Czech. 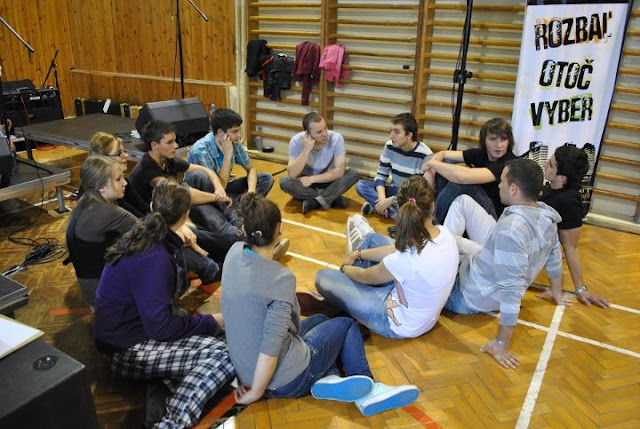 Because I know it's hard to imagine what these tours are all about, take a moment to read more about this very exciting opportunity on the Exit 316 blog for Slovakia.
And remember to pray for this amazing ministry that God has opened the doors for!
**Photos thanks to the Exit Tour SK Facebook page.
Posted by Unknown at 11:49 PM