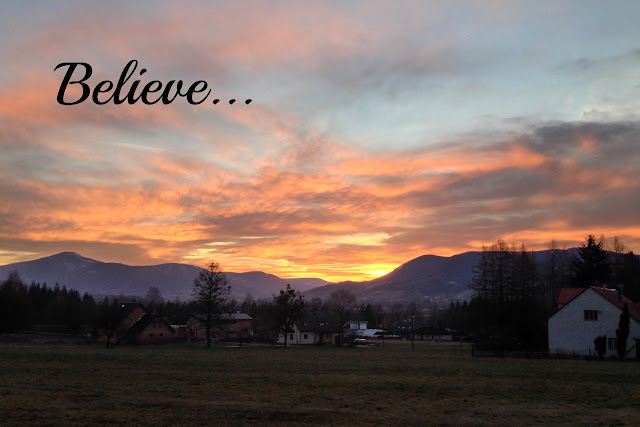 A few weeks ago, as 2012 was winding to a close, I saw a friend post something on Facebook about  "my one word". Intrigued, I clicked on her post and read about it.

I've since found out this is a phenomenon that has taken the blogging world by storm for the past few years...but I'd never heard of it!

Now I know that it originated with a pastor, Mike Ashcraft from Port City Community Church in Wilmington, NC, who challenged his church in January 2007 to drop the normal list of new year's resolutions so often broken, and instead pick a word to focus on for the year. Many in that church body have been doing it ever since.

I don't know when the concept was picked up in the blogging world, but I've now read numerous posts about it, articles on websites, as well as the pastor's book that just came out called, "My One Word".

While I'm still reading the book, I already like the simplicity of this concept so much that I've been praying about a word for myself this year and have landed on "Believe".

This coming year has some big transitions in it for me (such as Claire, our last child at home, leaving to the States for college). I want to believe God for what the future holds as one of my roles in life significantly changes.

Not only that, but as we continue in ministry with JV, I feel the need to press in to the Lord with an ever increasing belief in who He is, and what is possible with Him.

I want to be a person who believes Him for the impossible!

In the book, the authors encourage finding a verse to strengthen your "one word". There are two that stood out to me as I was contemplating what to focus on in the Word.

Mark 10:27: Jesus looked at them and said, "With man this is impossible, but not with God; all things are possible with God".

Choosing to "BELIEVE" this year!
Posted by Unknown at 10:31 AM