In the midst of working on many different projects while here in Croatia, Dave received a long awaited wish on this sunny and very windy day. 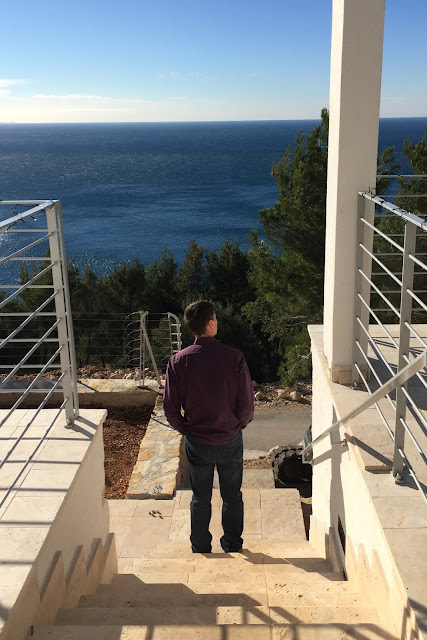 First, this showed up in the driveway. 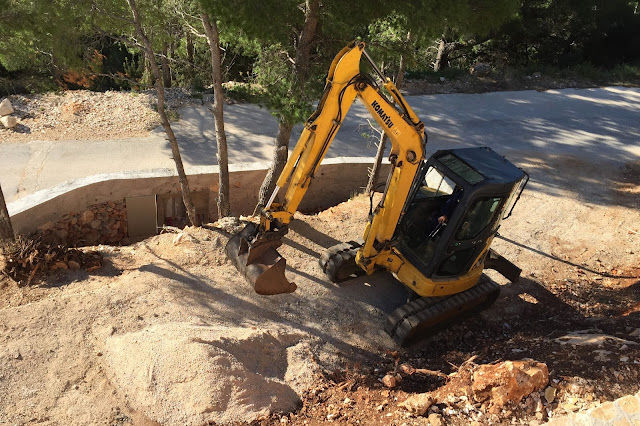 Followed by the orange truck carrying a very precious load to fulfill his wish. 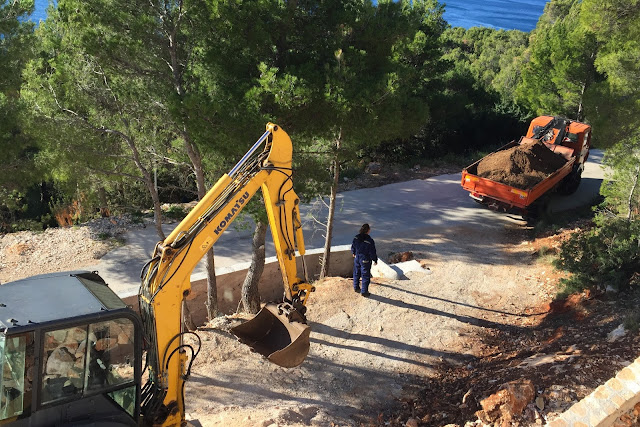 What was that wish? A truckload of...DIRT!

I don't know if this is surprising to you or not, but finding good dirt on an island is not an easy task. Dave's been looking, asking and personally searching for it for many months. 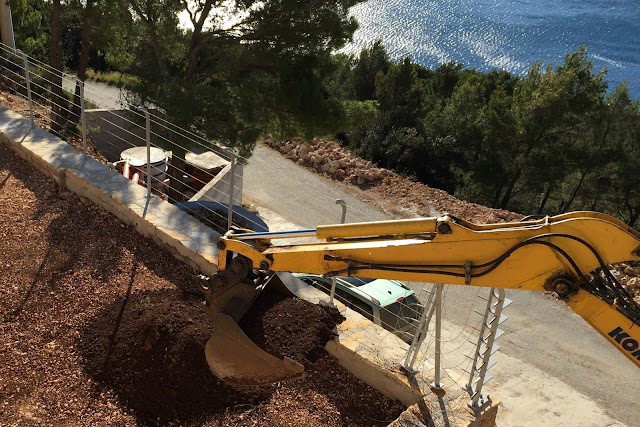 On Tuesday when our friend Tino was over to visit, Dave mentioned that he needed some and Tino had an answer! A friend from the village had just cleared out an area nearby and had a load of dirt that needed a home.

And we had a home that needed dirt.

Who would guess that dirt could make you so happy?! 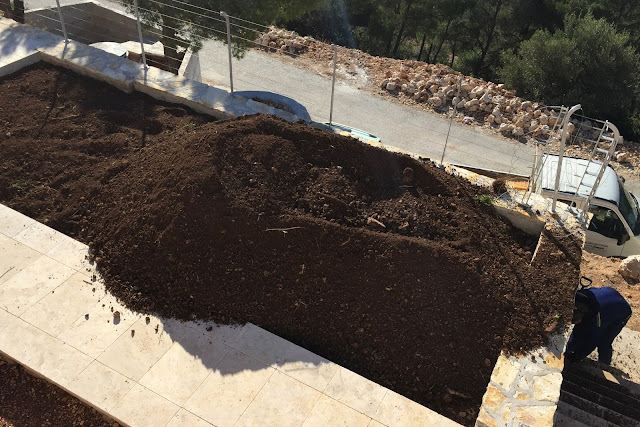 Tino says this dirt has been untouched for probably a hundred years. Now that's some good dirt!

And so this day ends on a happy note for Dave as one very specific wish is fulfilled! 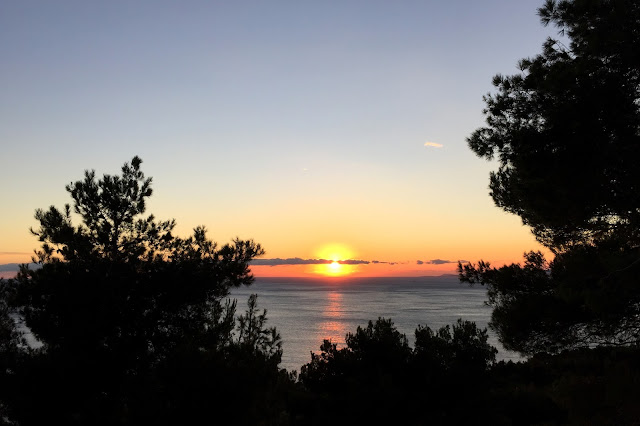