This morning dawned bright and beautiful as we awakened to another lovely sunrise on Hvar. 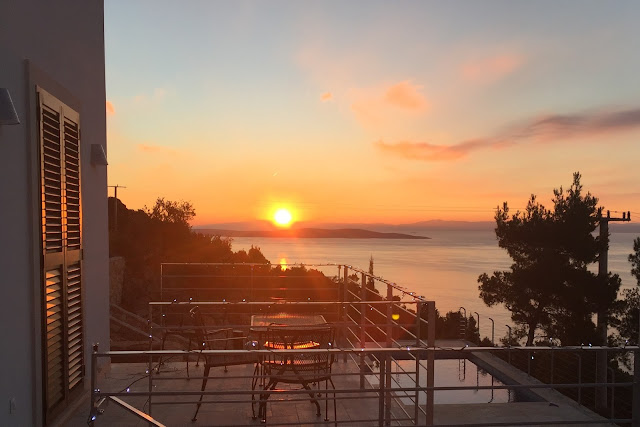 But we weren't up as early as we thought we'd be.

Just before going to bed last night, as we talked about what time we'd have to be up in the morning so Dave could make it to the 5:30 AM ferry, I remembered that there was another option. After quickly going online to see if it was available, I booked a ticket for him on the seaplane over to Split at 8:55 AM instead.

He'd already decided not to take the car onto the ferry and take public transportation once he made it to Split. Thus it made more sense to take a ten minute flight later in the morning that doesn't cost much more than a two hour ferry ride that would've had him up at 4 AM!

That change of plans definitely made for a more pleasant morning as we drove to Jelsa so I could drop him off at the plane. 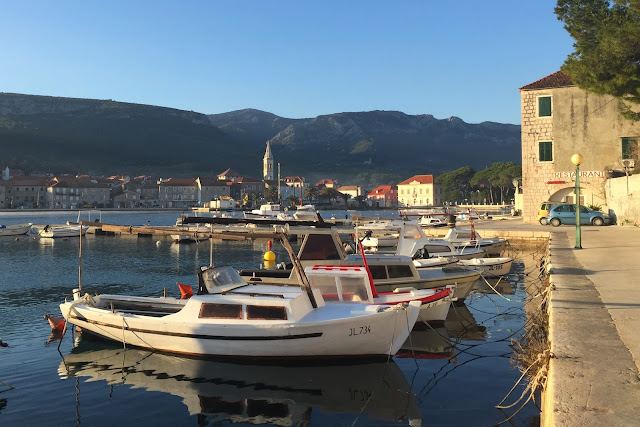 However, when we arrived at check-in, no one was there. 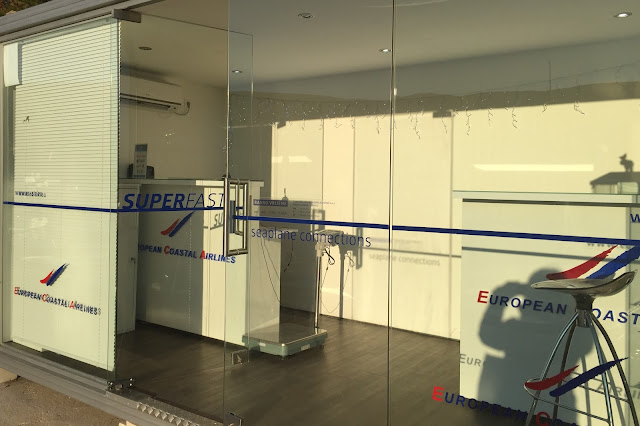 We took some pictures and enjoyed the view, assuming that someone from European Coastal Airlines would come over to help Dave. 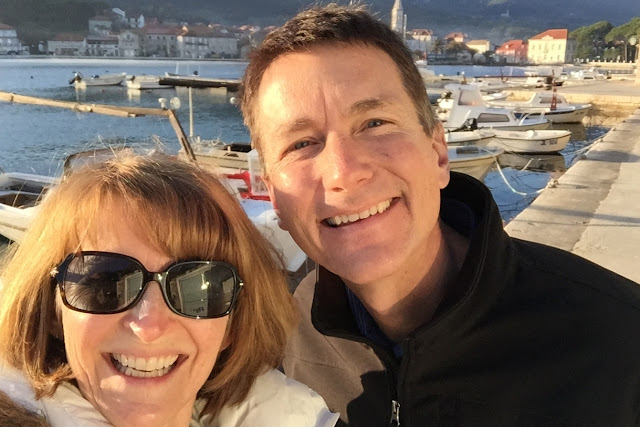 When they didn't, Dave went over to them to ask about checking in.

And it was then we found out the booking hadn't made it into their system, even though we had a confirmation.

Because there were no other passengers going to Split, they weren't planning to fly the plane until the next scheduled flight in the afternoon. Thankfully after a flurry of calls and a rebooking of the ticket, they let Dave fly.

Just him and the crew! 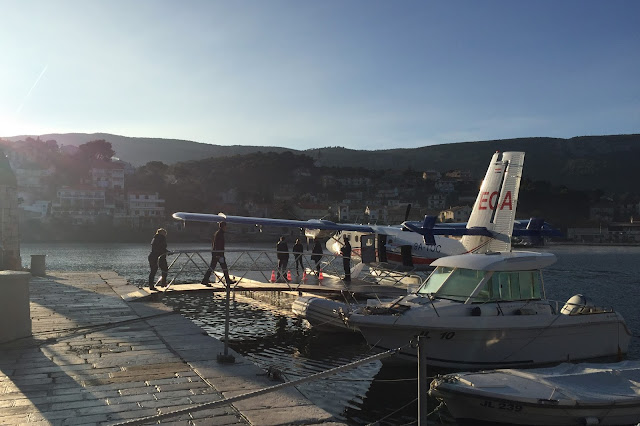 Kaylee and I watched him board the flight, with her a bit confused and having no idea why he was leaving us. 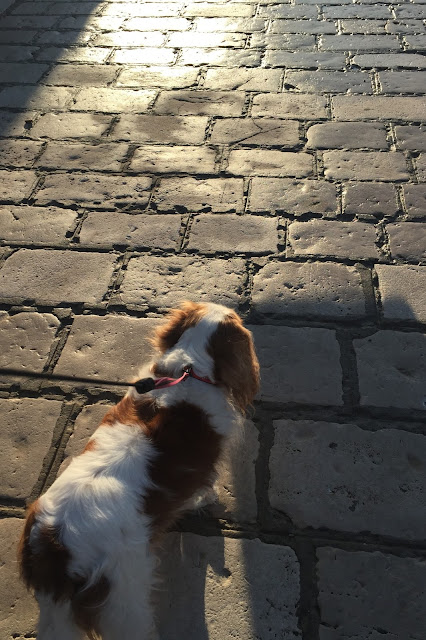 Little does she know that he'll be back tonight, with a very special girl who is flying into Split this afternoon. 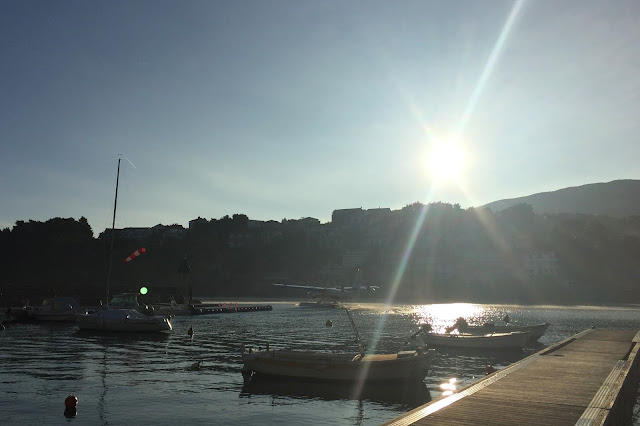 We'll pick them up late tonight from the ferry!
Posted by Unknown at 3:14 PM