Do Dogs Have Feelings?

While it's still up for debate in the scientific community, most all dog experts agree that dogs have basic emotions such as joy, fear, sadness, anger, disgust and even love.

I'm going with the emotions of sadness and love as far as Kaylee is concerned these days. 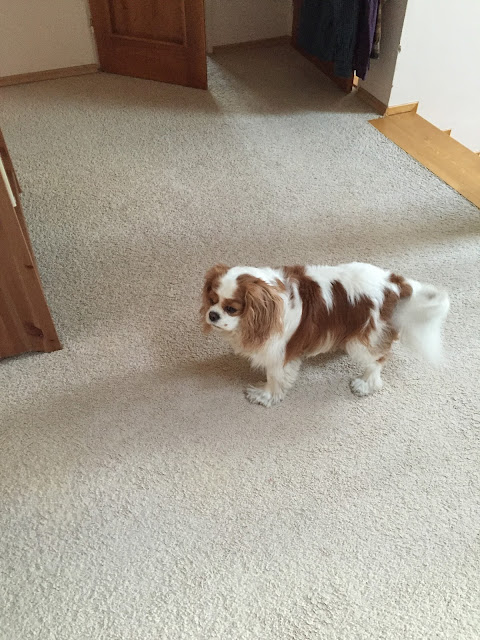 What you can't see in the above photo, taken on my phone, is that Kaylee is standing in front of Claire's bedroom, the day after she left to go back to Chicago. I happened to look out my bedroom door and see her this way, staring into her room, no doubt wondering where she'd gone.

And this is her later on, laying in front of the door. She stayed like that even when I went downstairs (I know because I peeked up there later on without her seeing me, just to see what she was doing!). 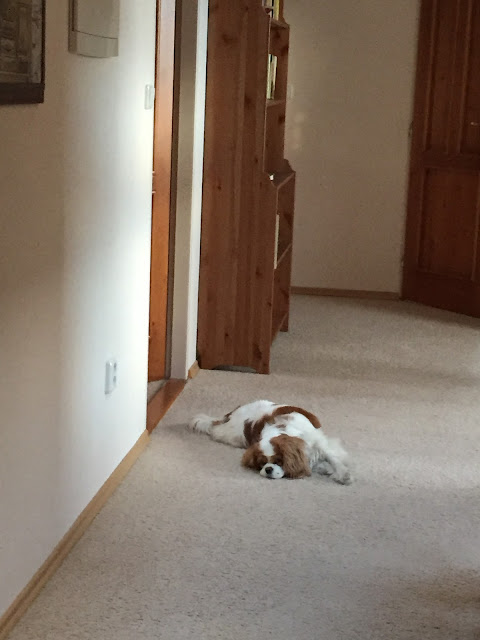 Later on she came down to find me in the kitchen, and seriously if a dog could talk I knew she'd be saying, "Where IS she????" 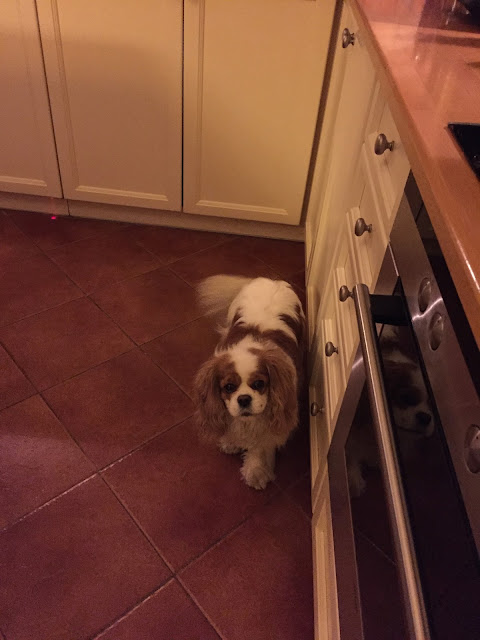 The day pathetically continued on as she would come to wherever I was and look up with her sad eyes. Every bit of explanation did no good as she kept asking the same question. 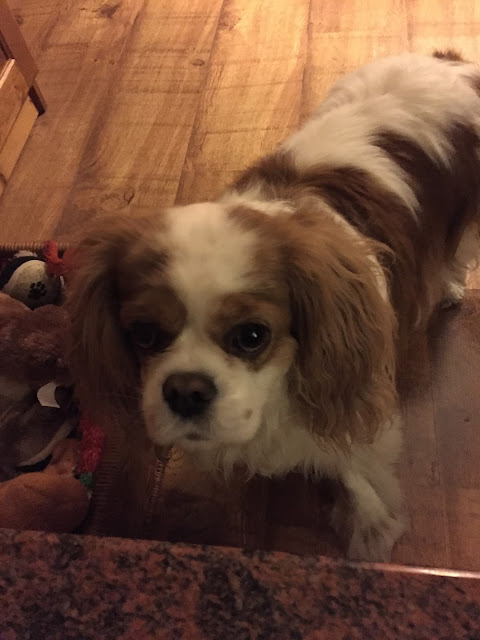 And she never lays in the kitchen like this! 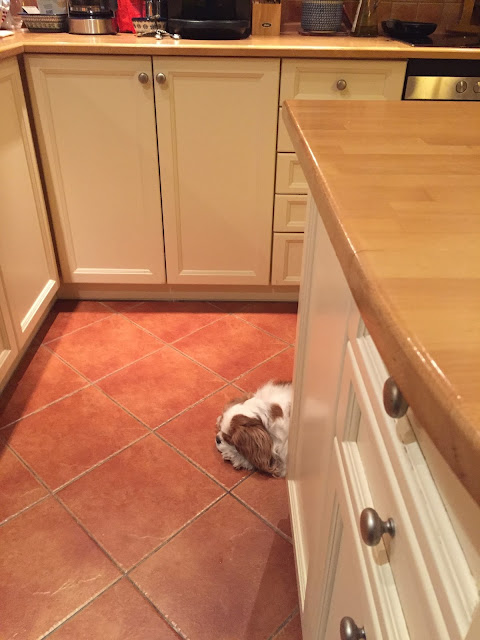 But it's where Claire would stand when she baked or cooked. At least I'm assuming that's why she's laying there - hoping she'll come back (and drop a morsel or two on the ground!).

Next I found her IN Claire's room, laying on her bed. I decided to humor her and actually turned on the lights and sat down in there with her. Poor thing! 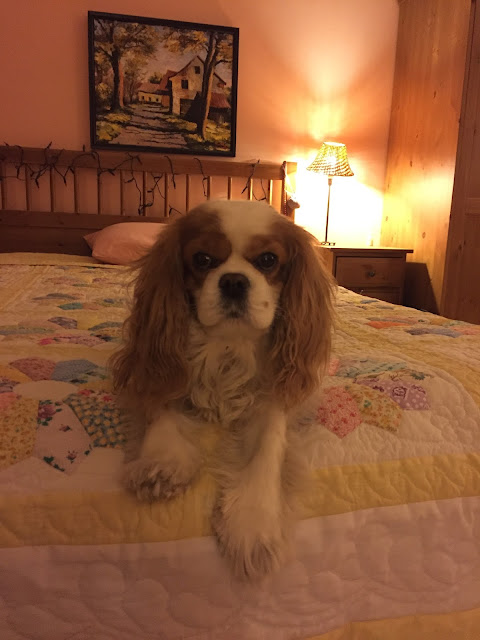 If only she could talk, I'd like to know what this look was about!


But this was the most pathetic look of all! 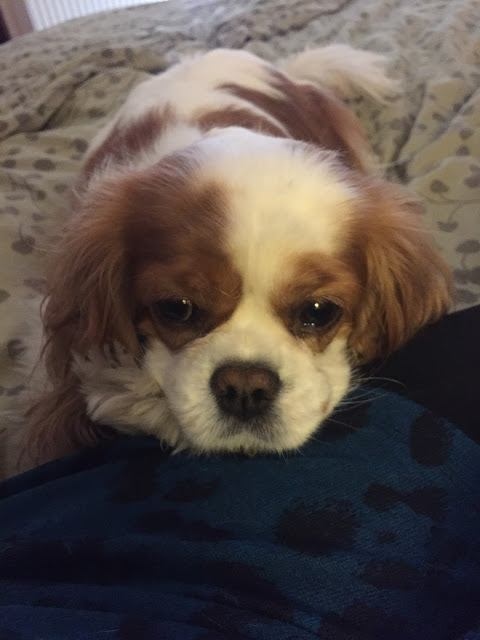 She came and found me in my room and just needed a lap to cry on, I guess.

"So Claire, know you're missed by more than just your dad and I! It's been three days and she's still looking for you in your room every morning. I suppose she'll eventually get over her sadness, but never her love for you!"
Posted by Unknown at 1:05 PM