This is my pretty daughter-in-law who is expecting their first baby, and our first grandchild, in November. 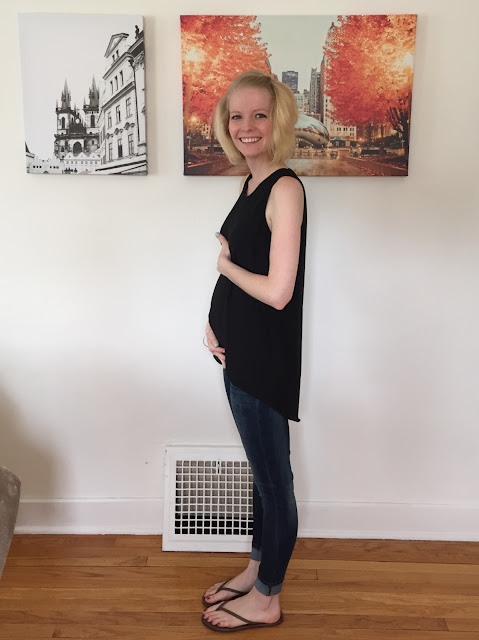 This is our son, the father-to-be. 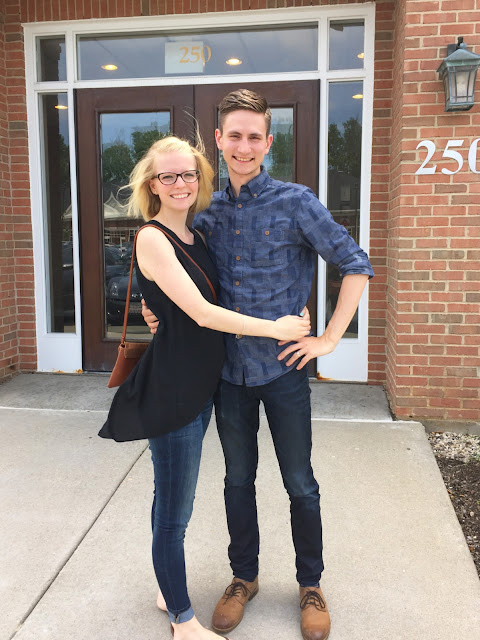 And this is the waiting room at their doctor. Why am I there with them?? 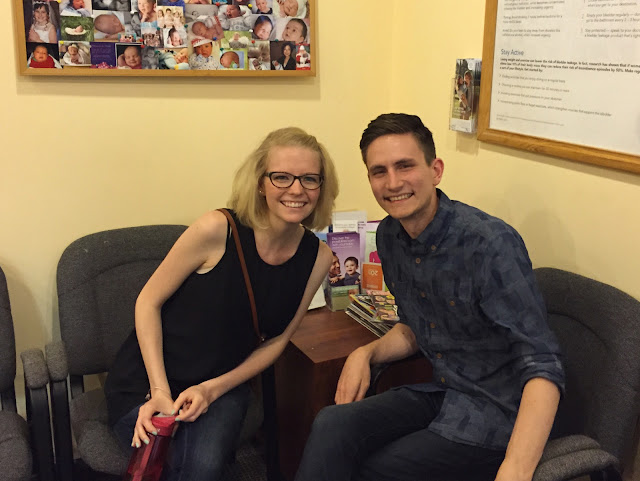 Several weeks ago at their regular appointment, the doctor scheduled their 'gender reveal' ultrasound, and amazingly, the date coincided with our time in Chicago. They called me at home in Czech and asked if I'd like to come and find out with them who they'd be having.

Are you kidding??? Oh how kind and gracious of them, and the Lord, to let me be there for that event when I live so far away!! 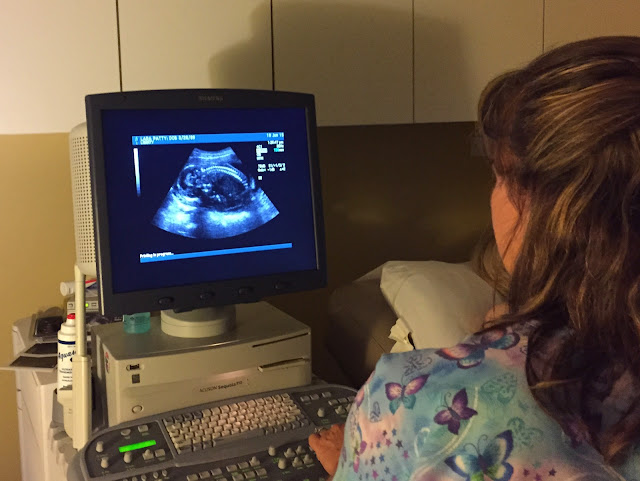 It's been a long time since I've been at a baby ultrasound...guess that would be about 21 years ago, when I was expecting Claire! It felt surreal to be sitting there with Tyler and Lara, waiting for the moment when we'd hear the news.

And there it is! The moment the sonographer confirmed.... 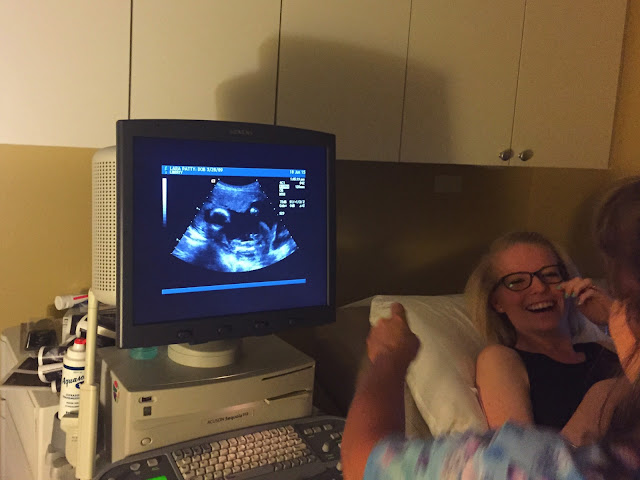 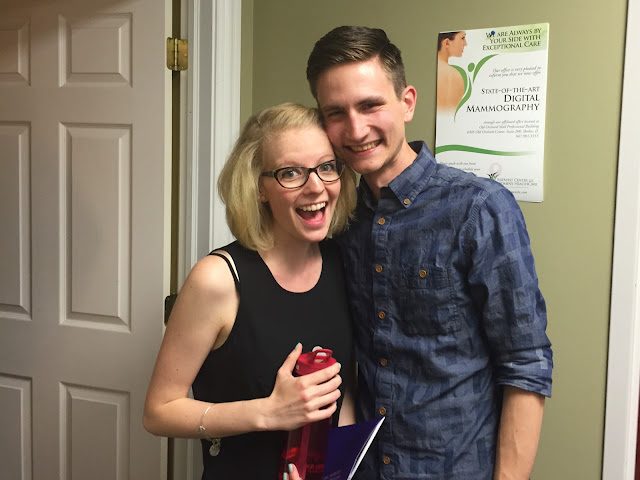 When Tyler was young, like early elementary age, he had this uncanny way of predicting the gender of many expecting friends. And he was right again with his own baby! Everyone else thought it would be a girl, but not he and Lara! 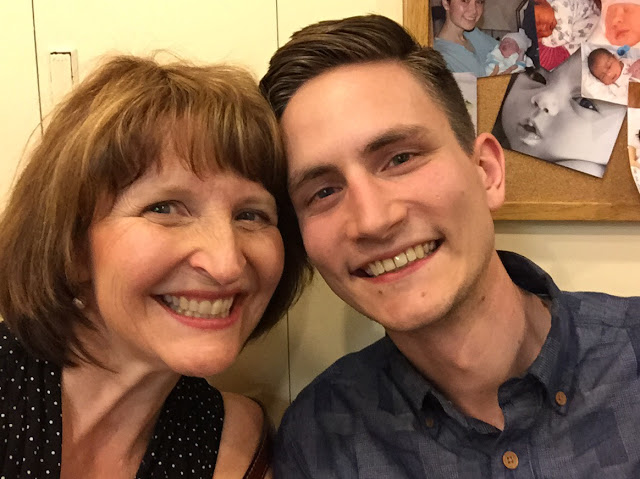 And there he is...a good glimpse of their little man and our grandson! 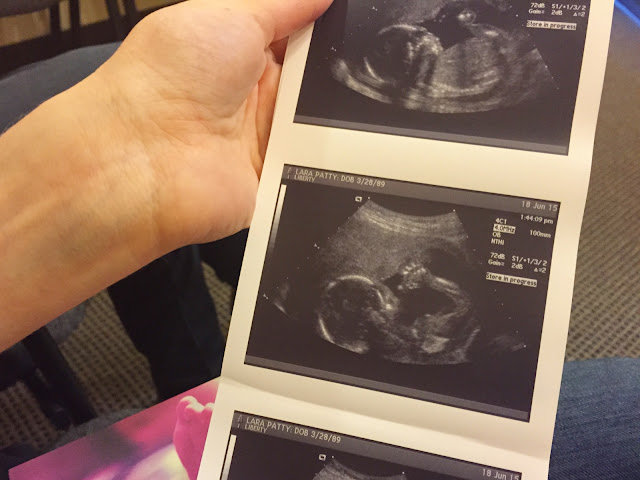 What's a grandma to do but start the spoiling early with gifts in the parking lot and lunch at Chick Filet?! While the diaper bag is from the States, the little doggie is from Czech, the first gift I ever bought for my grandson. Definitely not the last!! HA! 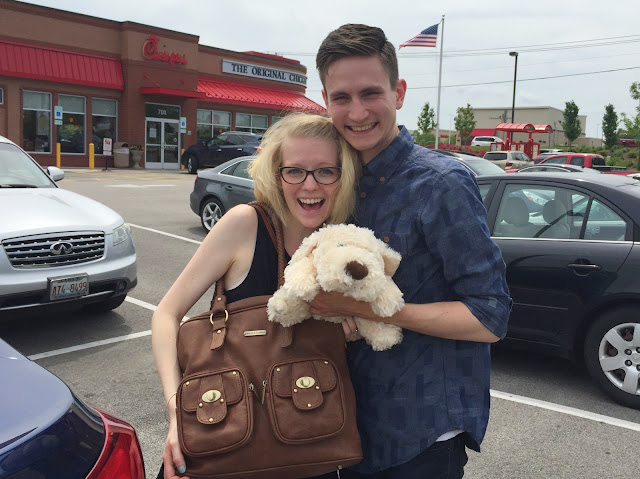 After lunch we made a little trip over to Target to see if there was anything else grandma (or Nonnie, as I'd like to be called! More on that in another blog post someday) wanted to pick up for baby boy Patty.

Sure enough, there were a few fun things for him there! :)


Oh my...such happiness at knowing there's a little boy in theirs and our future!

Of course no purchase is complete without adding in Pooh bear, Tyler's favorite as a little boy! 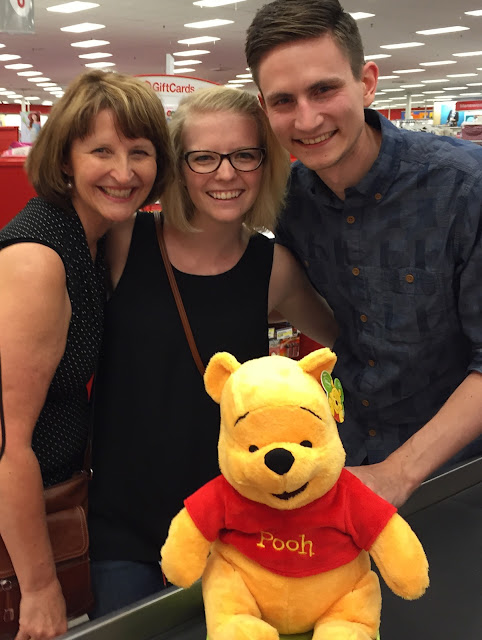 Their little man will make his appearance sometime around November 2, and perhaps earlier if Nonnie's prayers are heard! Dave and I will be in the States in October, but while I'm staying until November 12th, Dave leaves on October 31st to speak at a conference in England that scheduled before we knew baby boy was on his way. So, thus begins prayers for an October birthday for our precious little man! 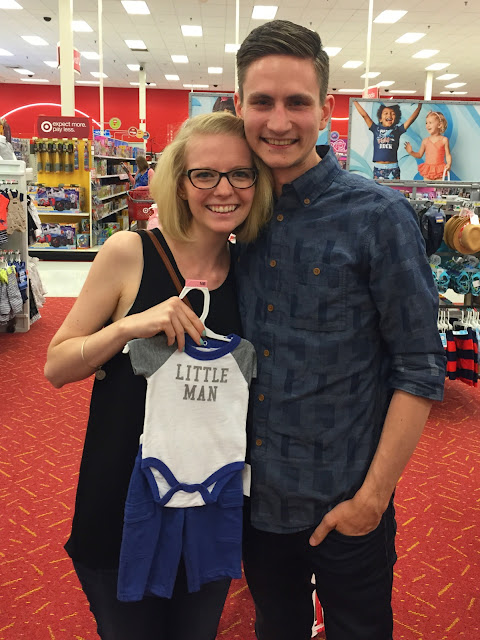 No matter what his birthday is, we are trusting God for a safe development and birth in the coming months. And SOOOO looking forward to meeting him, loving him, and being part of his life for many years to come.
Posted by Unknown at 11:29 PM