This was our house a year ago in May...a lush, country jungle.  Spring had come on in a rush and it was gorgeous (photo is completely untouched). 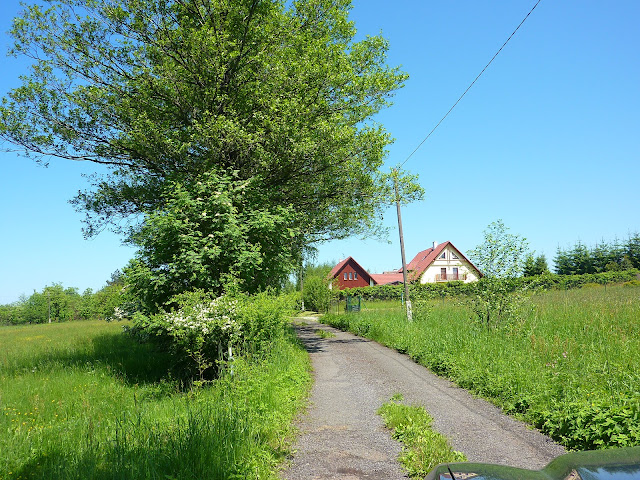 We're still a month out from that date, but it doesn't look anything like that today. For several reasons. 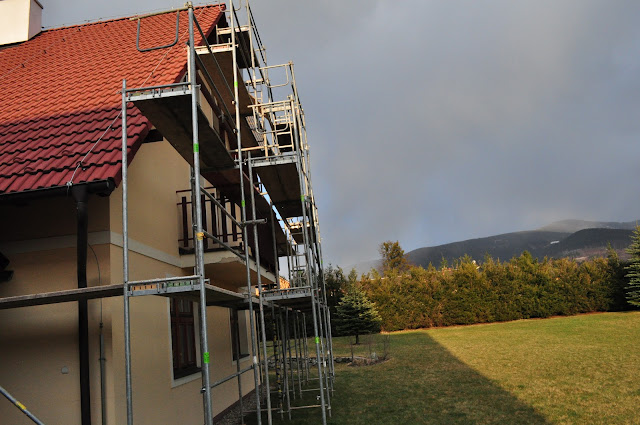 One is that our house is a scaffolding jungle right now! About two years ago we applied for a government grant to insulate our house. 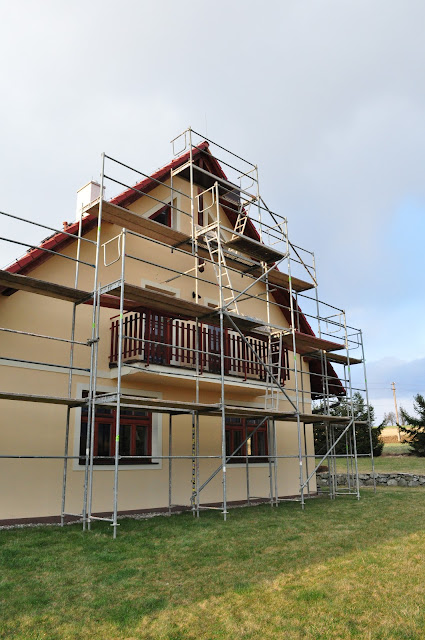 But it turned out that money for the grant was gone by the time they processed our application. It was a long shot anyway, as we hadn't expected to get it, so wasn't too disappointing. 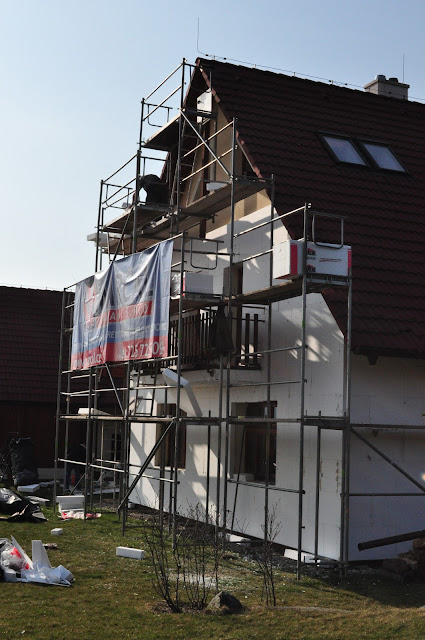 But somehow our forms stayed in the system, and not long ago we got a registered letter in the mail saying they'd approved the grant for us. We were shocked. There had been no news telling us that we were even still in the system! 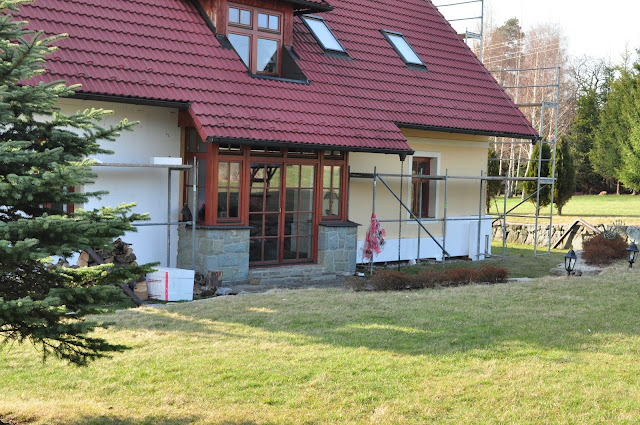 The letter not only told us we got the grant, but that the work had to be completed by June 1! So we hired a company and they arrived yesterday morning to start the work.

Our house was built just before this technology of insulating became the norm, so the house is built with thick bricks and a layer of plaster. They are now putting on four inch thick Styrofoam insulation. We expect it will be a big help with our heating bills in the years to come.

What an unexpected gift to be getting this done! 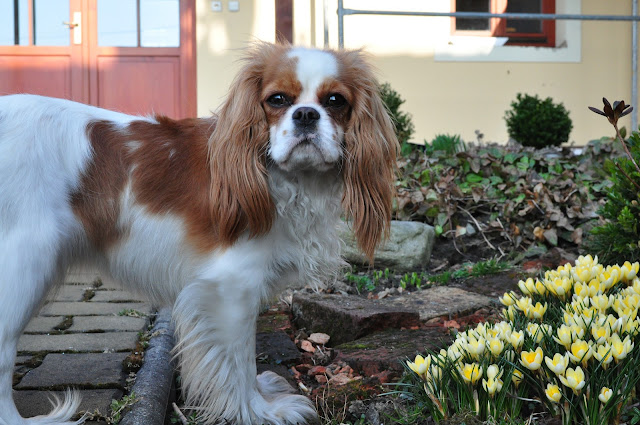 As for how it looks around here...this is the extent of spring! Our crocuses are up, and the tulips are on their way. No sign of last year's country jungle. 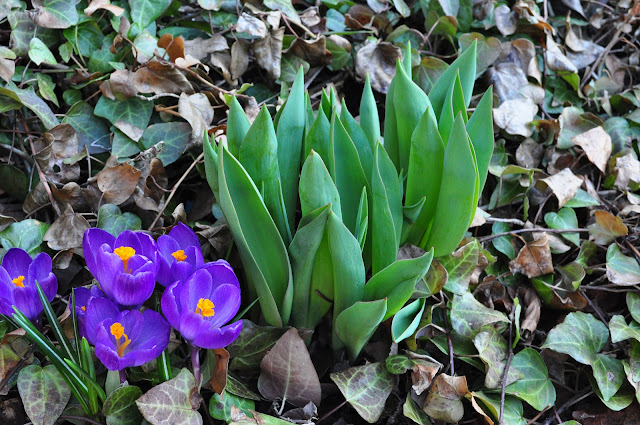 But I assume it will burst forth again soon!
Posted by Unknown at 5:58 PM