As best as I can count, I have lived in 17 different places in my lifetime. I remember all but one of them.

But it's a significant one. It's where I came home to from the hospital in August 1961, a few days after I was born.

But the one thing that I have never forgotten about my first home is the address: 541 1/2 Lawrence Street! That always seemed so funny to me.

It's been years and years since I have driven by there, so one afternoon as we were driving in Eugene, I asked my dad to drive by...into the alley where the little house sits, thus giving it the infamous address.

The house is still there. My mom says it was an old house when they lived there. I can't imagine what it's like 50 years later. There are people living there so it's definitely still inhabitable.

I wonder if any other babies were brought home to this little house during its long history?!

Because of how the fence is situated (which was not there originally) I couldn't get a very good picture of the house, but it's the little bit of turquoise you see in the pictures. 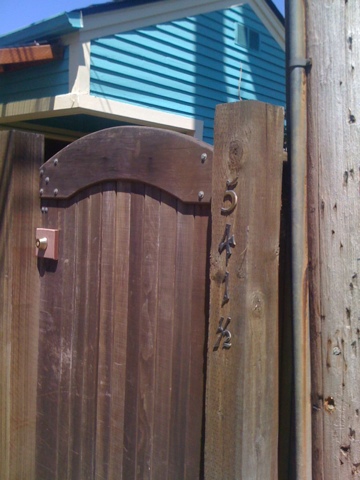 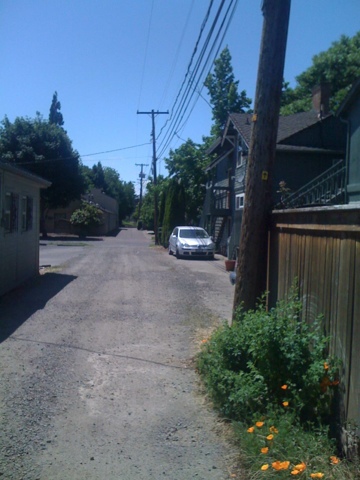 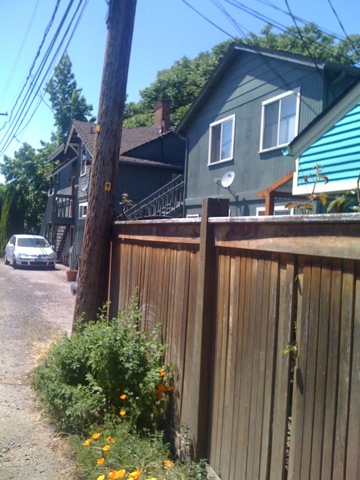