In September 2006, God opened an unusual door of opportunity to reach out to young people here in the Czech Republic.

Dave and an amazingly creative team produced 83 episodes of a television program called "Exit 316" that aired on Czech national television for two years. Its purpose was to show today's generation what life looks like when you take the way of faith. I wrote about the premier episode here (it was one of my first ever blog posts!).

During the time those episodes were airing, Exit Bible studies were led by young people in locations all over the country, discussing the show each week, and giving opportunity to talk about God and his relevance in their lives. (Those Bible studies still continue seven years later!)

From there, we began "Exit Tours" into high schools across the country, using the television show as a jumping off point for day long assemblies to build relationships, give concerts and lectures on various topics, and most importantly, share the Gospel. (Great explanation HERE of what Exit Tour is about, written by our Slovak team when Exit Tour came to their country) 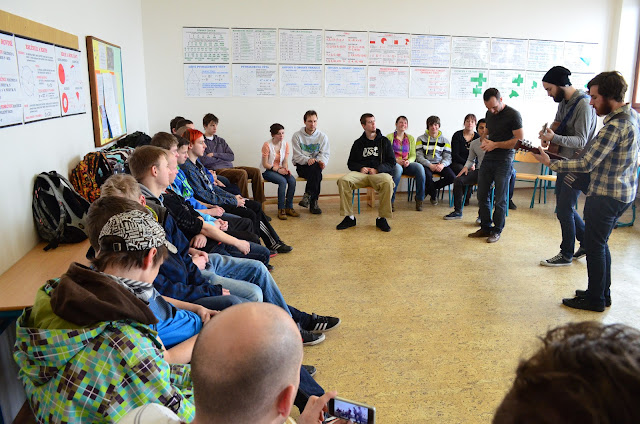 Four and a half years later, Exit Tour is now on it's NINTH tour here in the Czech Republic!

A Christian band from southern California named, "Matter" are touring with the Exit team and will be in six cities over the next six weeks, sharing their music, testimonies and lives with over 5000 students. You can follow them on their Facebook page here. 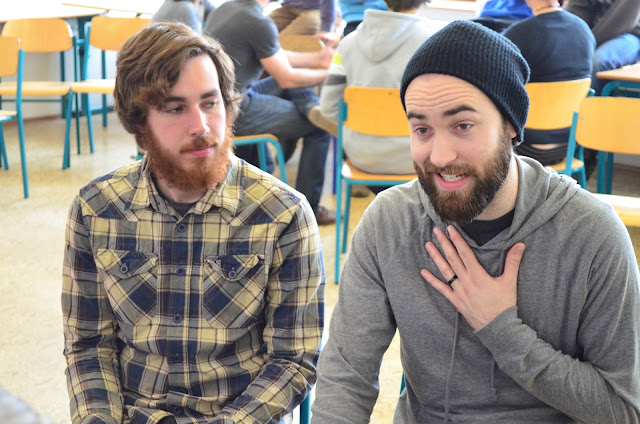 Last week they were Cesky Tešin, and this week are in Opava, preparing the way for a larger Exit Tour there in the fall. 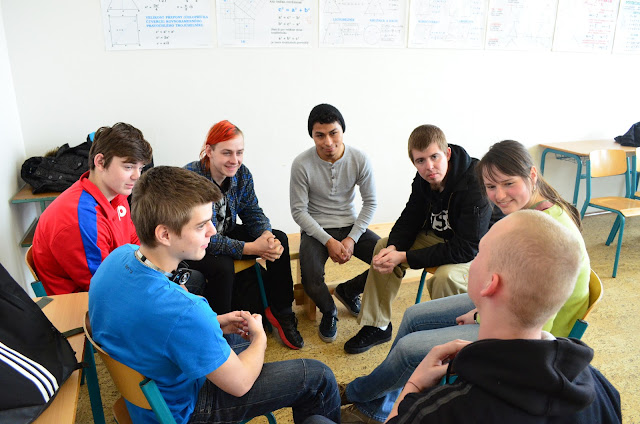 We praise God for how effective and fruitful this part of the ministry has been these past seven years. To be able to go directly into the schools to build relationships with young people is just amazing!

We're praying for more fruit in the coming weeks as they come face to face with thousands more young people and share the Good News of Jesus with them.
Posted by Unknown at 11:14 PM