I'm thinking I should start a regular column on my blog about what makes me happy as it seems like there are often certain items, places, and even people that I want to write about under that heading!

Well...for now, here is another item to add to my list of things that just makes me happy. 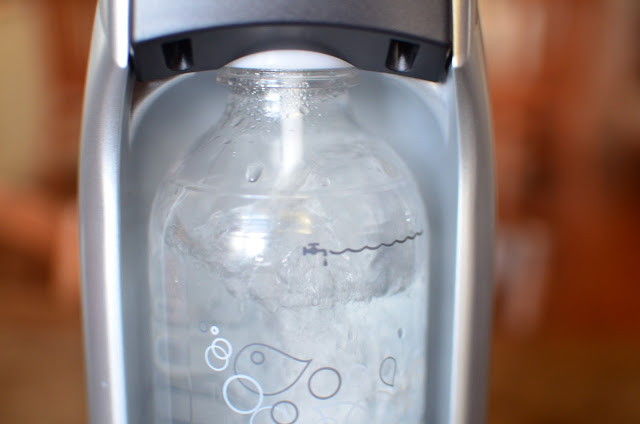 For our son Caleb's birthday last year, when he was still living at home, I finally gave in and bought him a "Sodastream". He'd been asking for it ever since it came out in the stores here, but I kept dismissing it as unnecessary.

However, since it was his birthday (the last one he'd spend at home with us before leaving to the US for college) and I knew it would make HIM happy, I gave in. :)

Little did I know how happy it would make me later on! 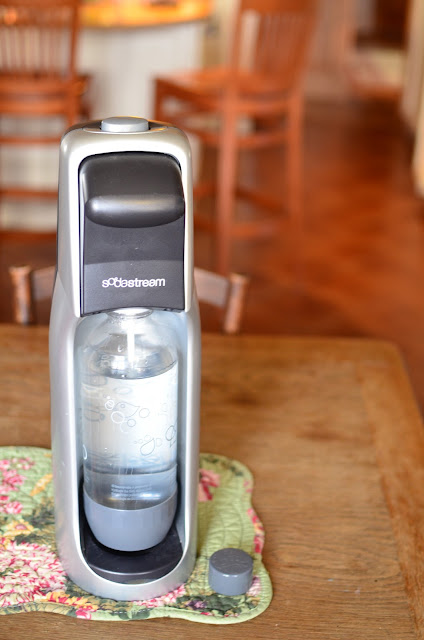 I know Americans are not big "bubbly water" drinkers, but if you live in Europe, it's the norm. And I really like it!

Mineral water is much more common at a restaurant here than still water. When you order either of those, they come in small individual bottles. Tap water for free is almost unheard of.

For home use, you can buy a big bottle of mineral water. But unless you drink it all at once, it often goes to waste because it loses it's bubbliness and becomes flat before you've finished the bottle.

It's initially a bit of an investment, but we've made that back by now since we're using it so often. (Thanks for not taking it with you to college Caleb!) 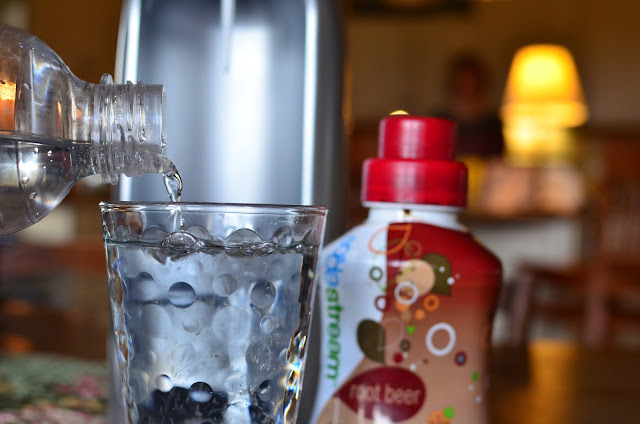 I bought some of the flavorings in the beginning, but we don't use any of them now.

Except for the one you see here!

That came from the States (I've never seen it here in Czech).

It's not Barq's A&W or Hires...but on the occasional pizza night, it's nice to have the taste of root beer.

Once again, it's the small things in life that often bring the greatest joy!
Posted by Unknown at 11:00 PM