Day in the Snow

We couldn't stop going outside yesterday, taking in the sight that had arrived in just a 24 hour period. 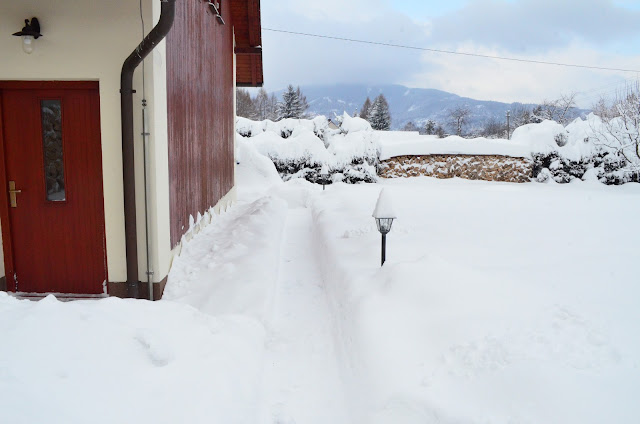 This is our van, completely engulfed in snow. 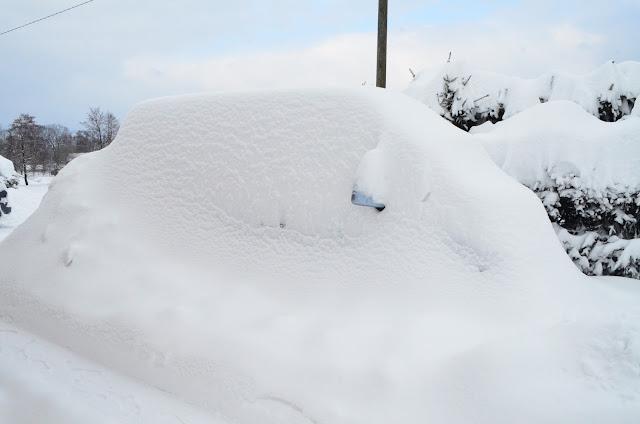 Claire crawled around the side of it to poke her head through, just to get perspective on how much snow there was, both from what fell and from what was shoveled on the driveway. 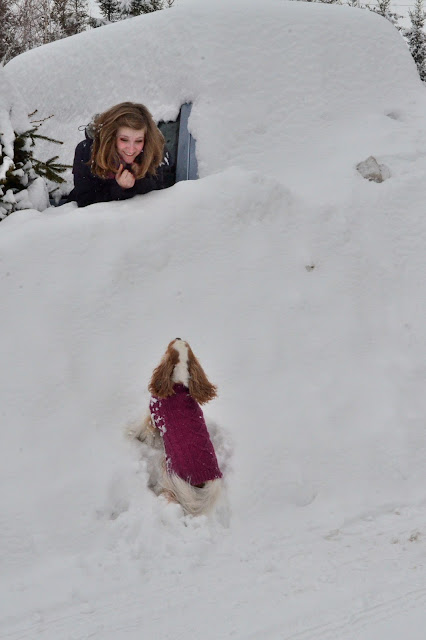 Kaylee was desperate to get up there, but couldn't make her way around like Claire, so had to be content with being lifted up to join her! Awww, bliss! 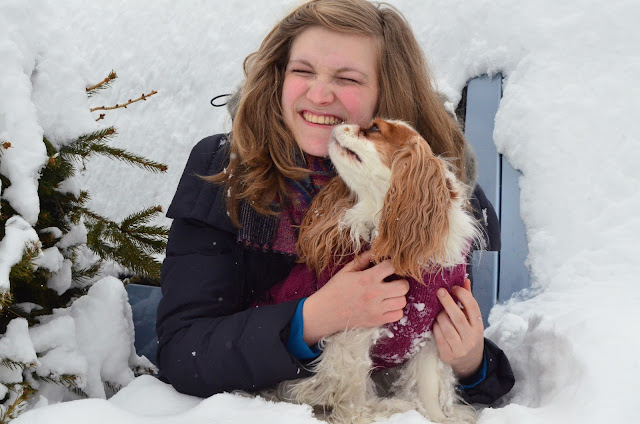 Who can resist making a snow angel when the snow is so plentiful? 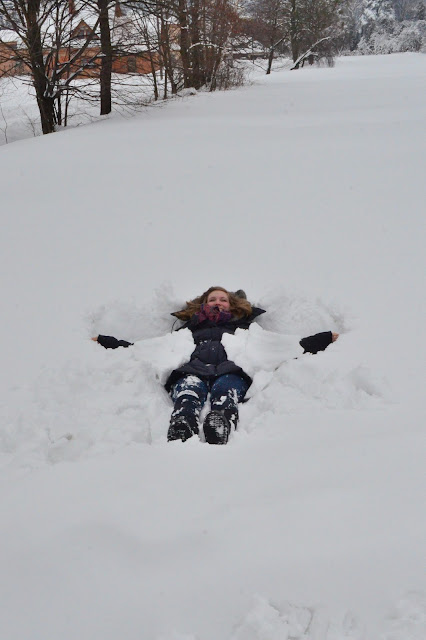 And it's a continual snow feast for Kaylee who thinks this is all for her! 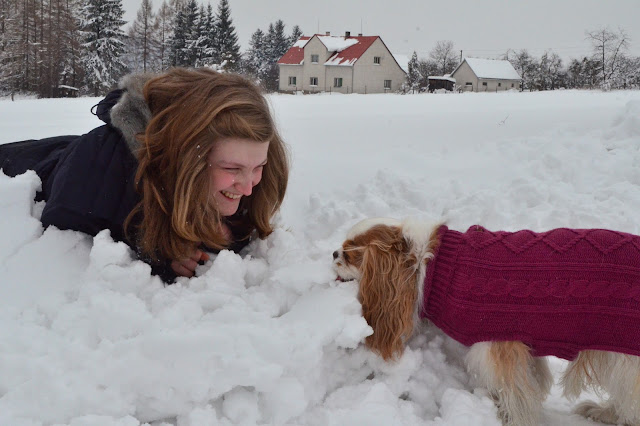 Later in the day, as the sun came out, I cleared a path out our back door so Kaylee had room to graze for snow. Do all dogs eat snow? She was out no less than twenty times, getting her fill of it! 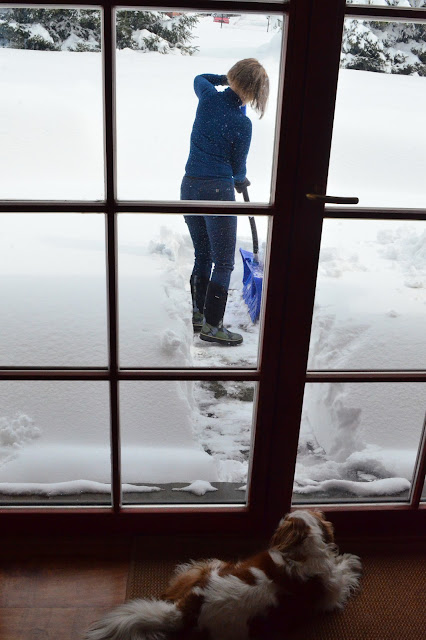 When the clouds cleared, the sun and blue sky were brilliant. This is taken from the back door! 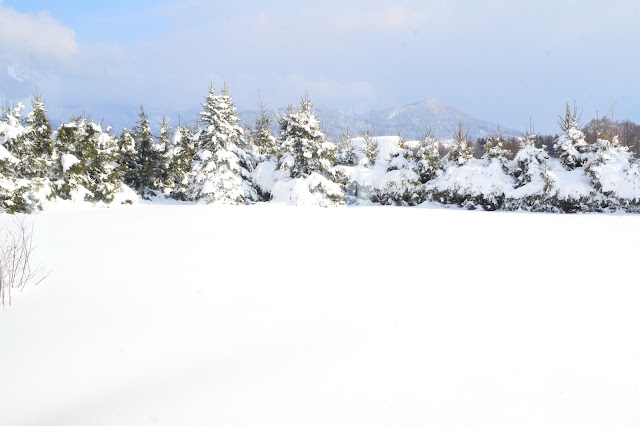 Just a few hours of sunshine and the snow was already starting to melt off the van and driveway. 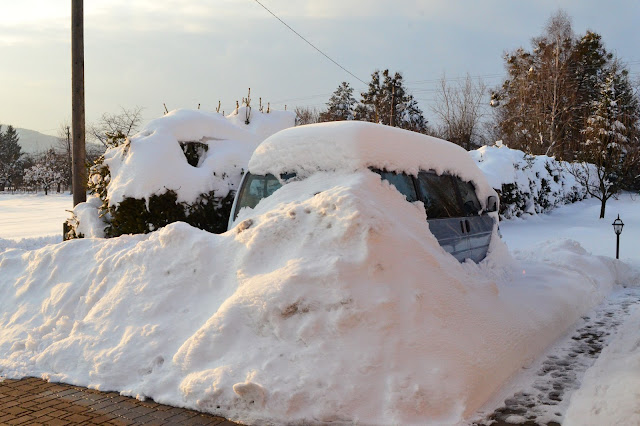 Which made it possible for Claire to throw snowballs to Kaylee. Oh such fun on a wintry April Fool's day! 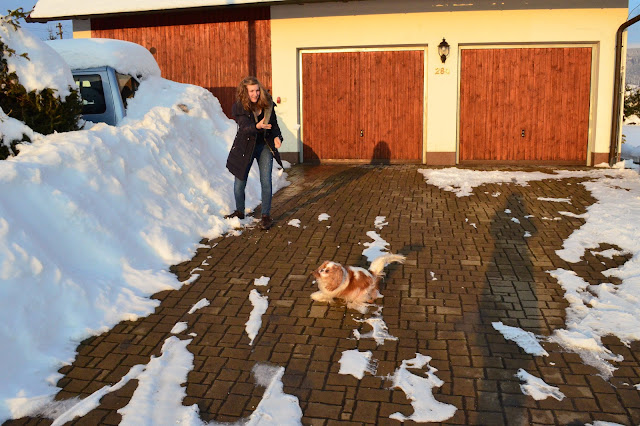 It was truly a little bit of paradise and we were lovin' it!! 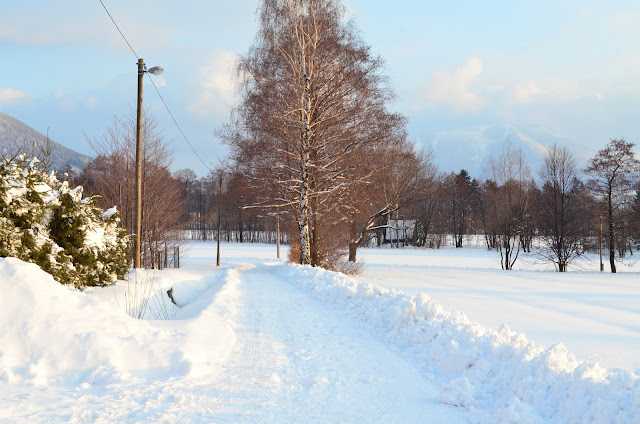 It may have been unexpected, but it was glorious! 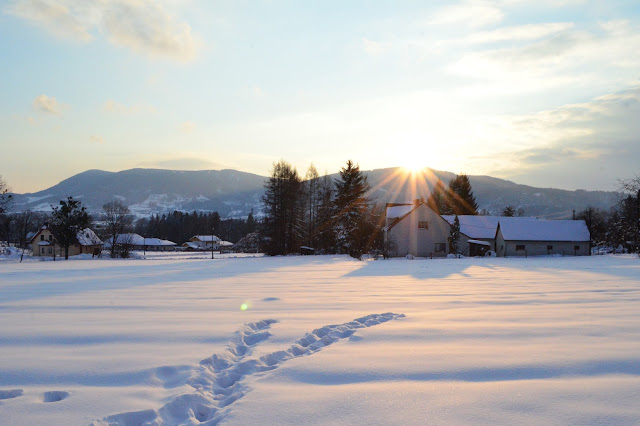