Back in 1997, when our kids were still quite young, we started camping in Croatia.

That first year I didn't want to go. Dave had to convince me that we should spend our first family vacation there (up until then we'd just done vacation at home).

I wasn't so much nervous about camping with three little people as I was nervous about Croatia. I'd only been there in 1988 when it was part of Yugoslavia and still under Communism. What I remembered from back then wasn't very encouraging: empty shelves in grocery stores, tiny roads and no highways, people who felt foreign to me, and long waits at the border.

Not to mention there had been a war that just ended in 1995, two years earlier.

However, a Czech friend was a tour bus guide to Croatia that summer and convinced me that it was totally safe, and exquisitely beautiful. "You don't want to miss it," I remember her saying.

Combined with her and Dave's assurance that it would be fine, we went. 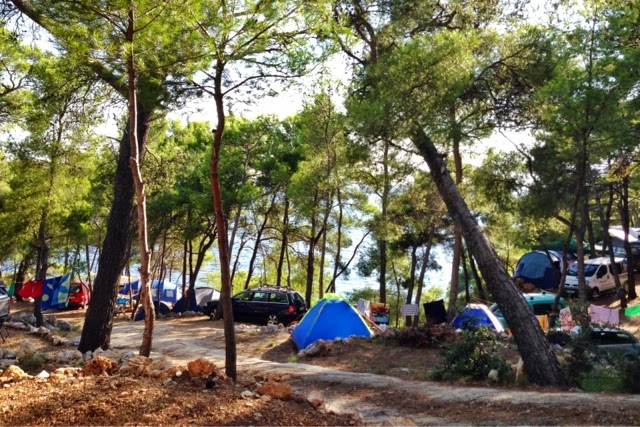 Who could've known that this unlikely country would become our most frequent vacation spot? Or that we would continue to camp all fourteen years we've been coming here?

We found something so restful and nourishing about the simplicity of sleeping in a tent, reading a book outdoors, listening to the sounds of the waves, brewing coffee outside and cooking on a camp stove. 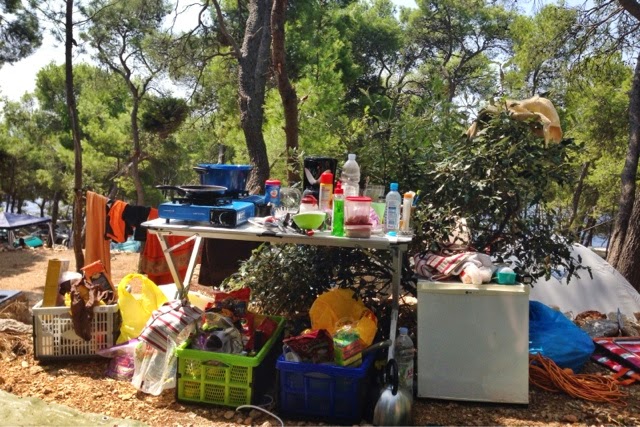 I always laugh to myself remembering that first year of camping in Croatia!

Except for a tent, we didn't have any real camping gear. No chairs. No table. No umbrella (to shade from the sun, not for rain!), no little frig, no air mattresses to sleep on. With just one little burner to make our meals, we sat in our van to eat and lived down at the beach during the day. I can't even begin to tell you how many stares we endured that week from much more experienced campers!

But it didn't matter. The beauty and magic of Croatia captured us and we were hooked. 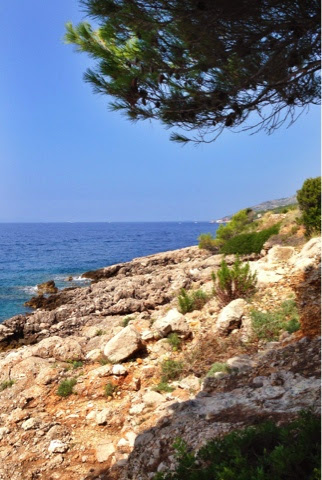 Over the next few years our summer trek down to the island of Krk (not far from Rijeka) became a family tradition and we made so many sweet memories as a family.

Come to find out, a million Czechs flock there for vacation each year: that's 10% of the population! We fit right in with our friends, heading off for our annual camping trip there.

We switched locations in 2008 when we found the island of Hvar, off the coast from Split. Experts say it's the sunniest island in the Mediterranean, which includes places like Italy and Greece. But shhhh, it's our little secret, okay?! 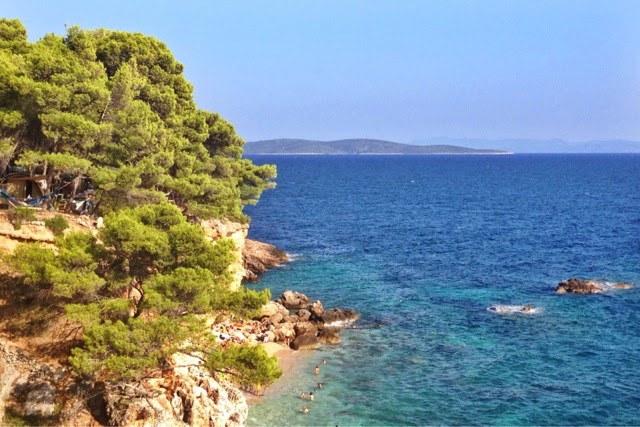 And now we are back to our campground on Hvar for the first time in three years.

It feels different than it did when we vacationed here for four years with our own family, Ellenwood's and Hash's: our vacation friends for nine years, who also serve with us in JV.  Those were super special years as we perfected the art of camping together! But we ended in 2011 as our kids began leaving for college. Rather than dwindling down to just a few kids, we chose to end our vacation days on a high note when everyone could still be there together.

While it's different this time around, it's also very sweet to be here just with Dave and Claire (oh, and of course Kaylee too!). 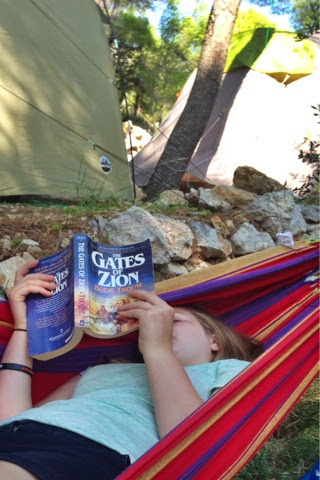 Claire has the hammock to herself, and Dave is happy for quiet time to read a book. 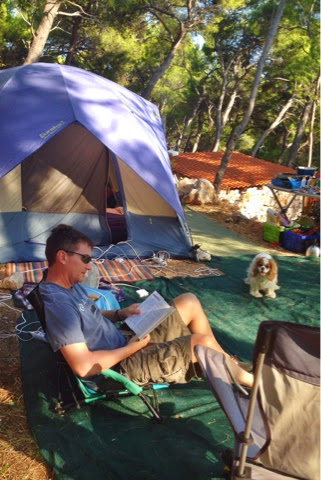 Kaylee is content to stay near us, observing all the neighbors from her little spot. And being patient with all the little children who stop by to pet her! 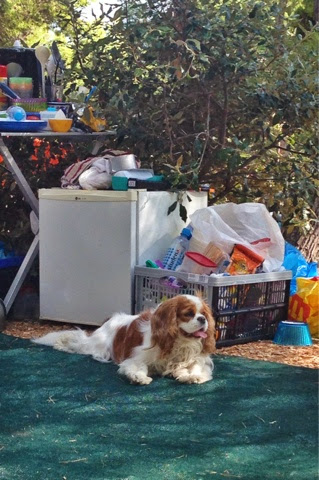 It's a microcosm of Europe throughout the campground. So far I've seen license plates from Czech, Poland, Slovakia, France, Germany, Italy, Netherlands, Hungary and Croatia. It's fun to be part of the neighborhood as Americans (who drive a car with Czech license plates. No one can ever quite figure us out!), and fun to hear so many different languages.

Though a smile communicates the same in every language! 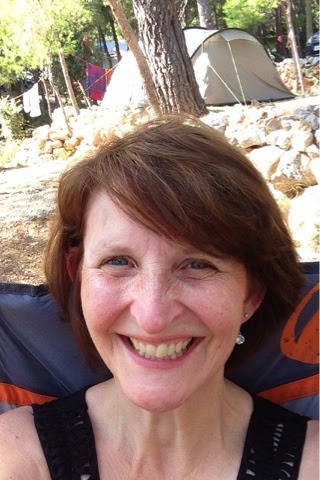 I am loving every moment of being back here in the peacefulness and beauty of this place. It's a true gift from the Lord to enjoy His beautiful creation here once again.

**Just thought you'd want to know: As I finish typing this, it's nearing midnight and all is not quite as peaceful as I was just saying. The man across the road is snoring so loudly it sounds as if he's in our tent! And so it goes with camping. Going to bed now and hoping I don't hear him from inside our tent!**
Posted by Unknown at 11:00 PM