First, it's been a night of technical difficulties, but I persevered!

Dave's computer died yesterday. That sad fact meant he needed me to bring my computer to him yesterday so he could finish out the leadership conference in Poland.

But getting photos off the camera tonight without my computer was a much easier thought than the actual reality. Will spare the complicated details, but I finally figured out a way to upload them several hours after I started trying tonight.

And good thing too, because I didn't want to miss posting about this evening (it's just not the same if I write a day later). 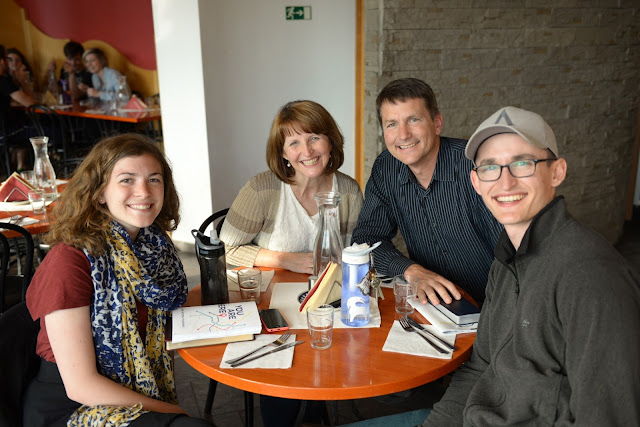 Dave drove over from his conference in Poland just for this evening so we could have dinner with Caleb and Haley at Malenovice, and then share the JV story during the evening program at intern training:  how it began, how God has worked through the years, and what their part is in the continuation of that story.

I've easily heard Dave tell this story a hundred times, maybe more (not to mention I've lived it!). But tonight there was something different about it. He powerfully wove in teachable moments through the story, applying it to their lives. And at the end gave them an opportunity to ask the Lord what He specifically wanted to say to them after hearing the story.

Then he prayed for them. 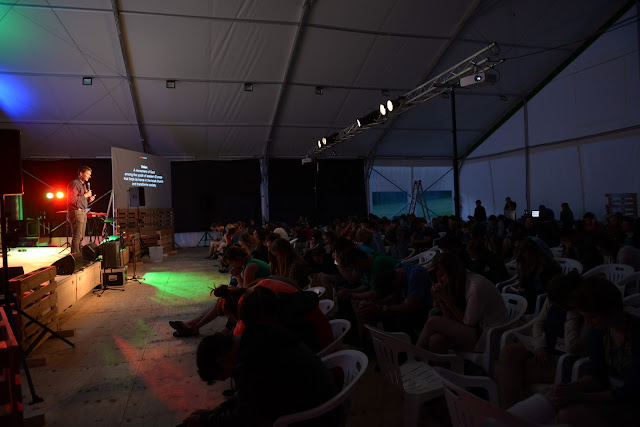 Even several hours later as I write this, I feel moved to tears by the presence of God that was present in the tent while he prayed. I don't know what the interns were feeling, but I sensed a hush over the room that allowed the Spirit to speak and move in their lives.

I can't help but wonder what is ahead this summer for all of them, in the best sense of wondering! I can only pray that a whole lot of lives will be transformed by the power of Jesus: the lives of those in the tent tonight, and hundreds, perhaps even thousands, of young people's lives because of the willingness, obedience and sacrifice these interns will make this summer. 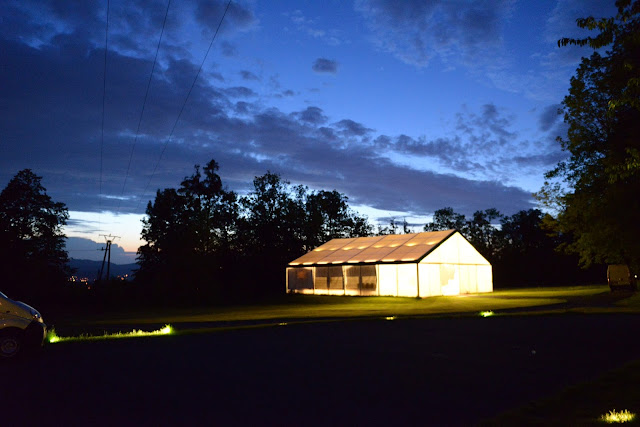 Oh please! Pray with me for a movement of God that not only transforms lives, but societies across this entire region.
Posted by Unknown at 11:56 PM