Although a wedding was the real purpose of being in Ireland, I couldn't pass up at least seeing Dublin on my way out! 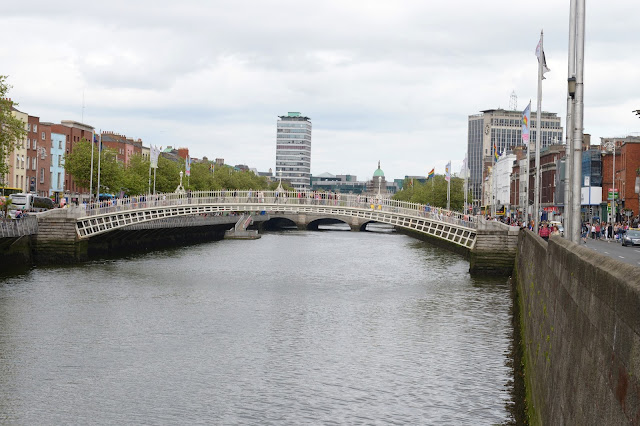 And it couldn't have been more fun with my Slovak friend, Darina! We traveled together back to Dublin after the wedding, in a rented car that I drove while she navigated...because you know, driving happens on the other side of the road there so I needed all the help she could give me! :)

Oh how thankful I was for her companionship, and for the sweet fellowship we experienced along the way. 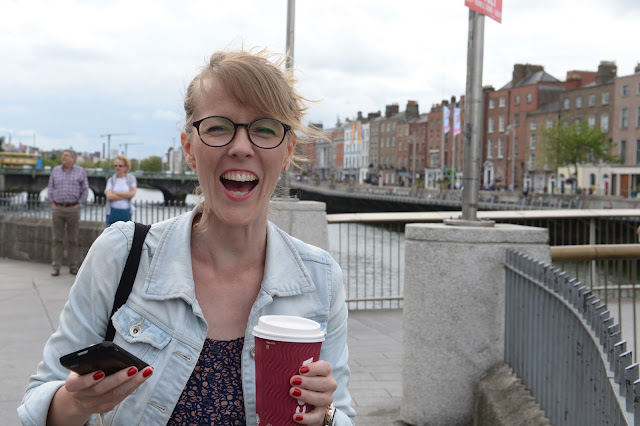 Although somewhat of a gray, raindrop kind of day in Dublin, we "did the city" in about four hours, hitting as many highlights as we could. 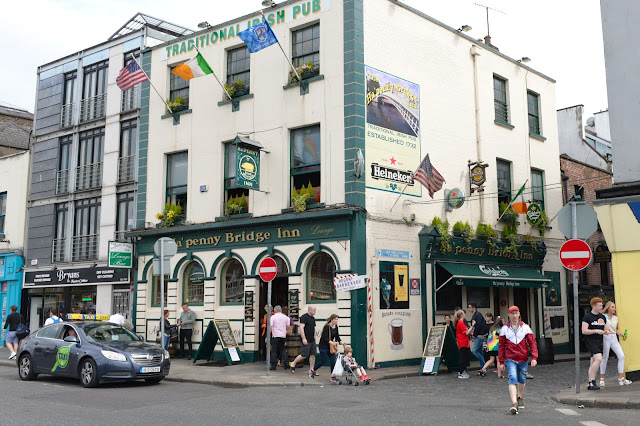 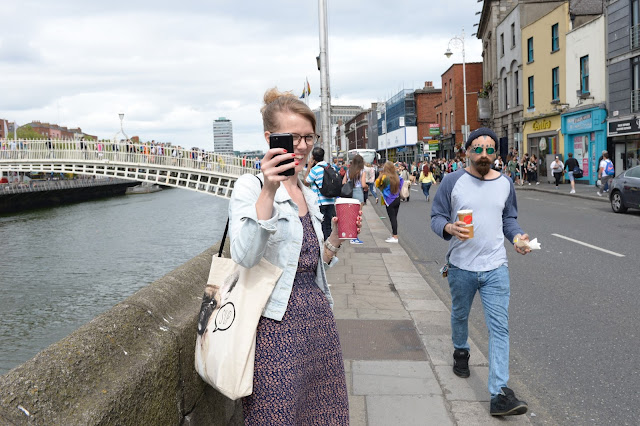 Literally hoards of teenagers filled the streets as we navigated ourselves around the city on foot. I honestly can't remember a day in a city where I was jostled so much among the crowds! 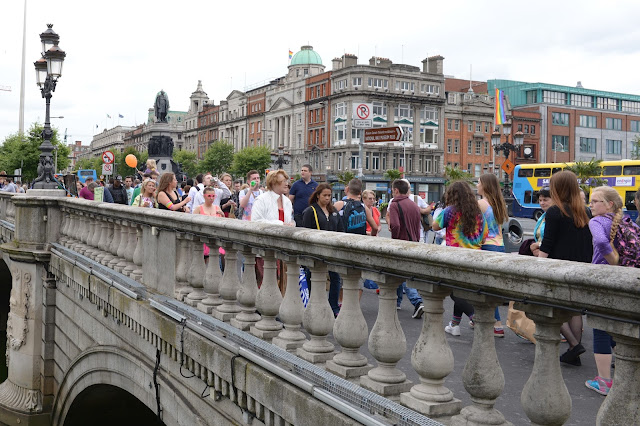 But then the famous Trinity College emerged and we took ourselves inside to walk around the grounds, and enjoy a few less people. 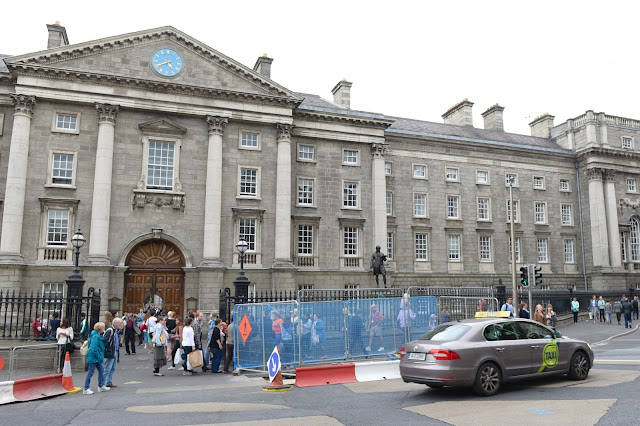 Established in 1592, its Ireland's oldest university. Is it strange to say it felt like a movie set in there? 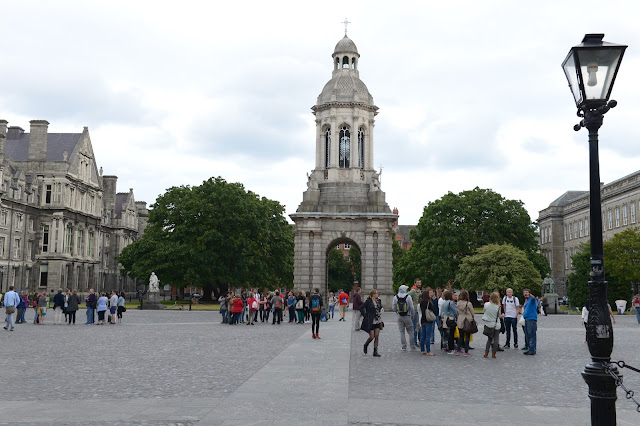 Though I have no idea who was playing (or even what exactly they were playing, though I'm guessing it was cricket?!), we stood watching for a bit as a few raindrops fell, obviously not a concern to many there as I'm guessing it happens often (Ireland=rain, right?). 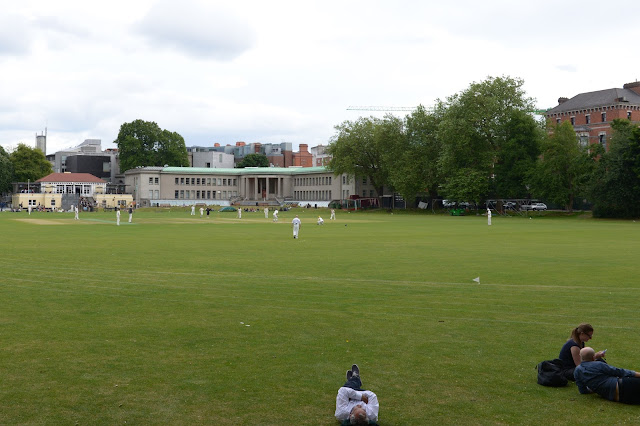 We knew that the Book of Kells is one of the great sights of Dublin, but since time was limited we had to satisfy ourselves with just a glance at the building. 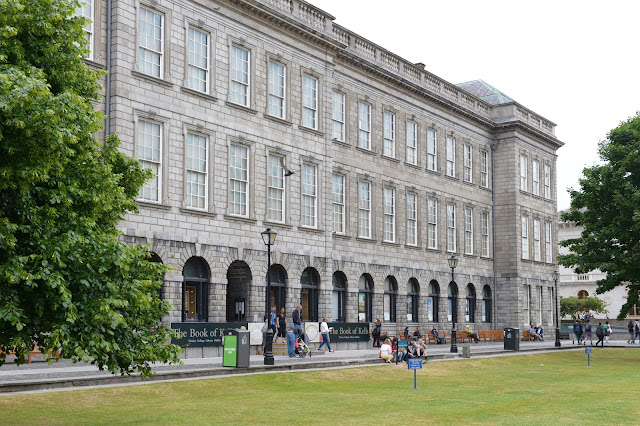 Wandering through the streets of Dublin, we walked by countless pubs and cafes, all full of people. Seriously, NO shortage of people in Dublin!! 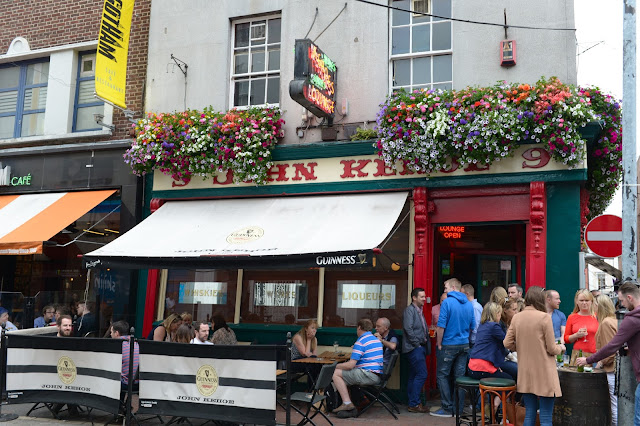 Being with Darina in Dublin made my day! So thankful for this sister in Christ (and also a JV teammate who works in Bratislava with Mark and Amy Chase). 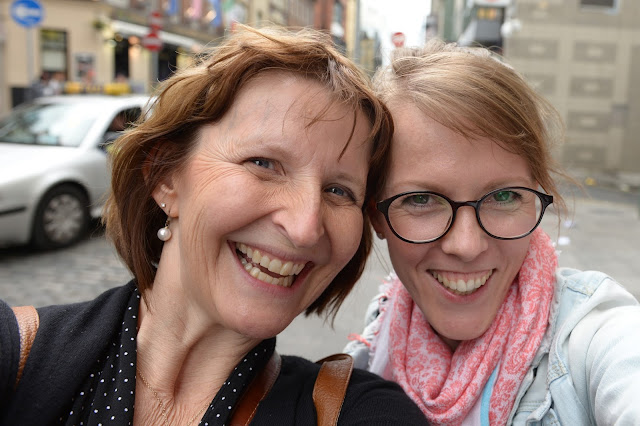 I feel quite successful for having driven in Ireland for four days, on the opposite side of the car with a manual transmission. YOU try shifting on the other side! Without a doubt though, driving through Dublin was the most complicated and I'm thankful to have had Darina to help me navigate our way to our hotel near the airport.

And look who we met up with late at night! 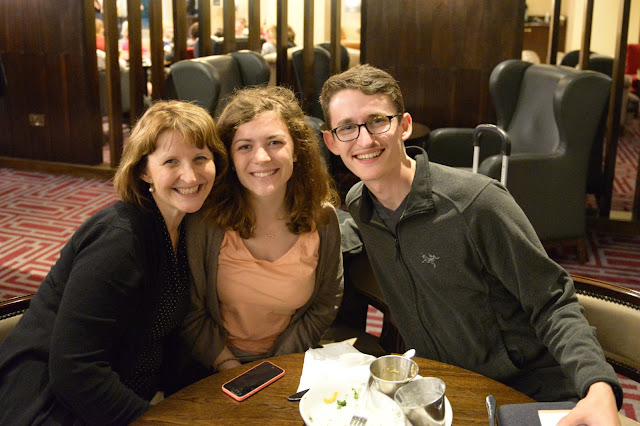 Caleb and Haley spent the day after the wedding with the Chase family, then took a bus from Cork to Dublin and made their way to the same airport hotel where they spent the night. Early the next morning they were back on a plane to Bulgaria where they'll continue their internship with JV until mid-August.

I'm hopeful I'll make it back to Ireland some day to see more of the beauty of the Emerald Isle. But it was mostly a delight to share in Shane and Allyson's wedding there!
Posted by Unknown at 1:51 PM