I'd had a visitor over to our house earlier in the afternoon, and had plans for the rest of the evening so was literally in the middle of a full day when I stopped by the JV office here in Frydlant for an afternoon meeting. 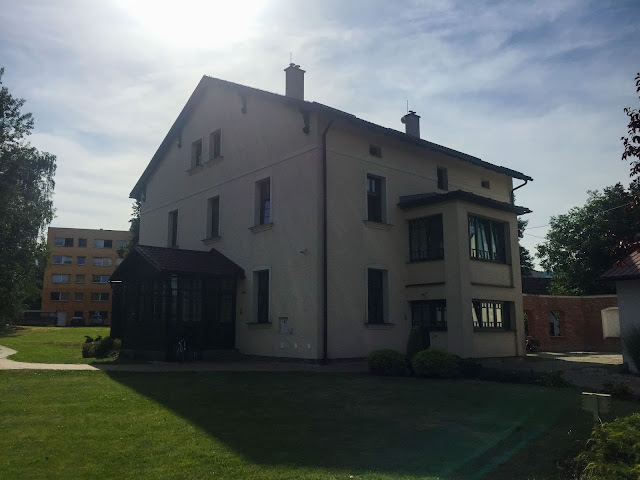 In sweltering heat at the top of the building (no A/C here!), Brian Stephens and I were working through a list of continuing improvements on our JV Prayer Room project.

Deep in the midst of trying to solve a problem, with no expectation of anything but working through that list before Brian needed to leave, my sub-conscience suddenly registered a voice at the doorway.

Turning my head I literally had one of the biggest surprises that I can remember! 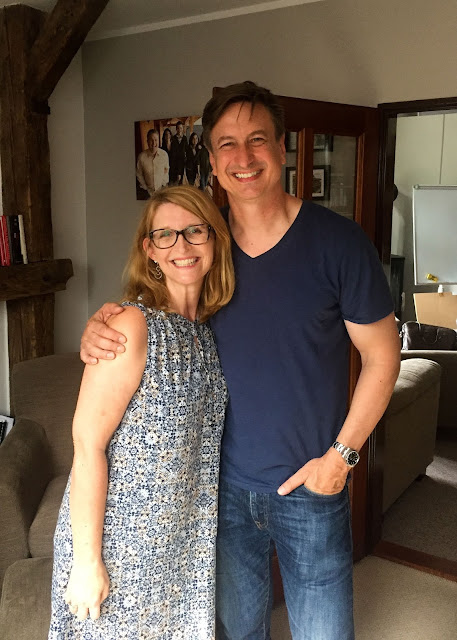 There stood my brother-in-law, Steve (one of Dave's brothers).

Both he and Brian started laughing at me (in the nicest way!) that I was so shocked at his appearance, and that I had no idea he was here! Dave and he were just together yesterday in Norway, finishing up their father-son trip with his dad and the three brothers. Dave never mentioned that Steve was coming here afterward.

Once I got over the shock, we had a nice catch-up conversation, I got him a cup of coffee, and I texted Dave to say, "You never told me Steve was coming!!!" His reply:

"We Patty brothers are everywhere!" 😉

Steve was here in town for some meetings for only a few hours (he does consulting on some projects for JV and was checking in on them), and heads back to the States from Krakow tomorrow. So if I hadn't been at the office for my meeting right in the middle of the afternoon, I probably never would have even known he was here.

It was a great surprise!

**Dave is still gone for another week, as he just headed to Croatia today for a week of JV country leader training.
Posted by Living By Lysa at 9:12 PM