I was in a parking lot this afternoon, talking on the phone while watching the comings and goings of people in Frýdlant from my car window.

I snapped a photo because it was just such an idyllic moment. 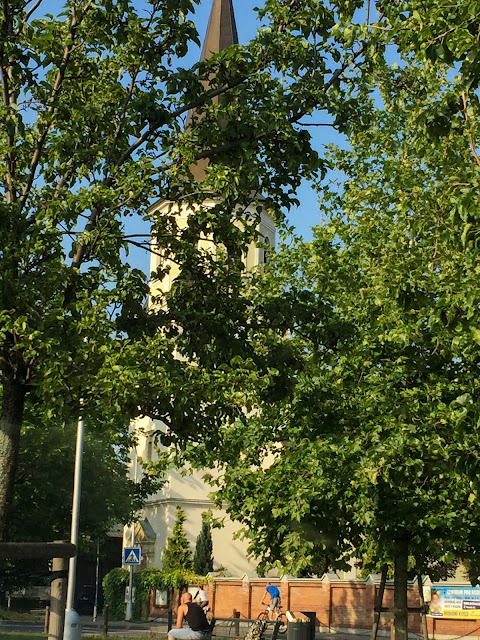 All of a sudden, the man seated on the bench in the picture above, stood up, grabbed some leaves off the tree and started tossing them in the air.

Apparently he knew what his dog would do! 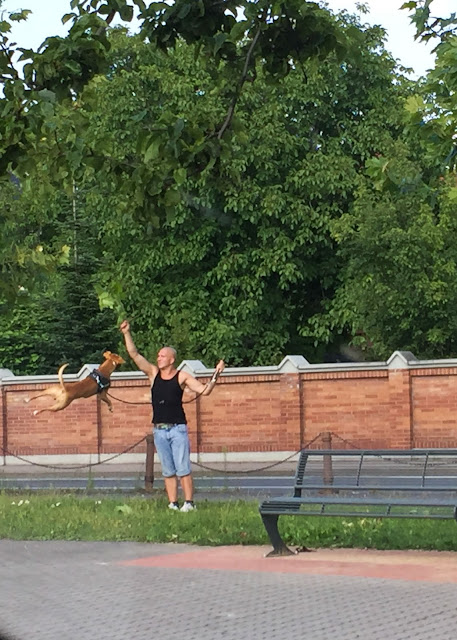 It absolutely cracked me up watching him toss those leaves so that his dog would literally FLY into the air, by the power of his own legs, trying to catch them! That dog could JUMP!! 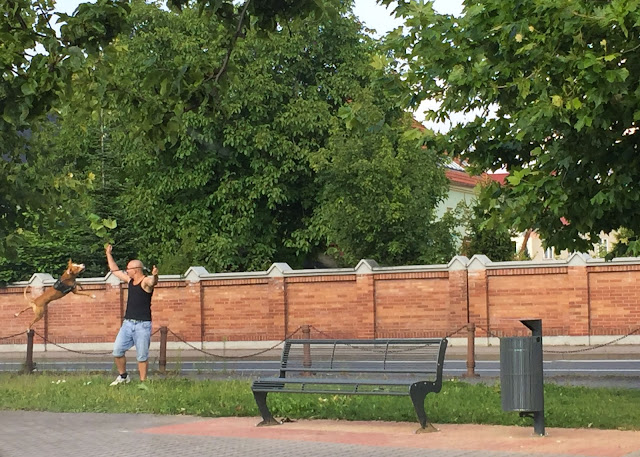 There was such pure joy in the moment, watching these two have an extraordinary amount of FUN!!

Their play lasted maybe five minutes, and then the owner sat down on the bench again. With his dog in his lap, he buried his head into its fur, obviously giving the dog some love. And you could see the dog soaking it in.

I wish you and me some moments of pure joy like that!
Posted by Living By Lysa at 10:04 PM