Dave is in the States right now...not just one state, but many! Over the past eleven days he's been in Michigan, Illinois, Indiana, Arizona, California...and he's on his way to Oregon today.

He's had a very full schedule...JV winter board meeting, preaching numerous times, visiting supporters, talking with people interested in JV, getting together with teams going out this summer, sharing the JV vision with many.

But what I love about him is that he is so good at connecting to us back home when he's gone, which was especially important yesterday! :)

While he was wishing me a happy Valentine's day on the phone, I heard Caleb rustling some paper in the kitchen. The next thing I knew, he brought in a beautiful bouquet of roses he'd gone into town to buy on Dave's behalf...giving them to me as I was on the phone with him! 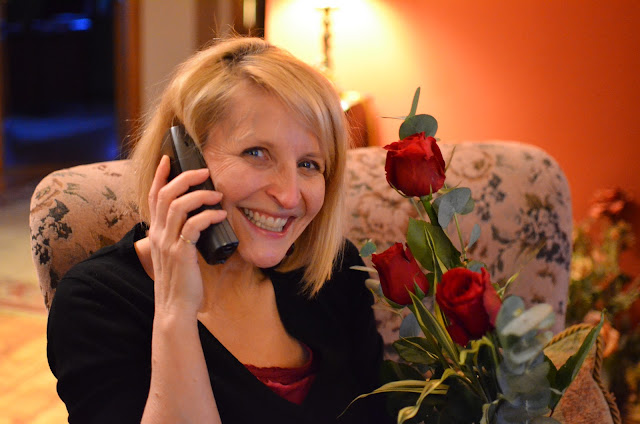 Not only were there flowers for me, but for Claire too! 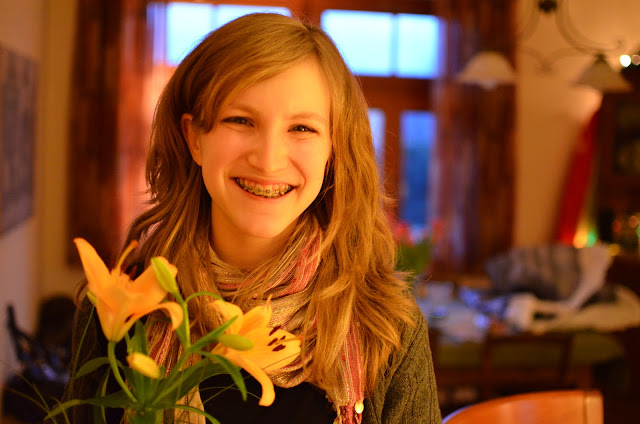 Though we missed his presence here on Valentine's Day, we knew he was with us in his heart!

PS. After posting this, I found out that it was actually CALEB who thought to buy Valentine's flowers for his sister! :) He's a good man too!