Rest of the Story

If you've been following the saga of the past few days you know that while Caleb was in Cleveland at the Cleveland Clinic for treatment, he had his phone, wallet and ID stolen afterward while at a Starbucks. 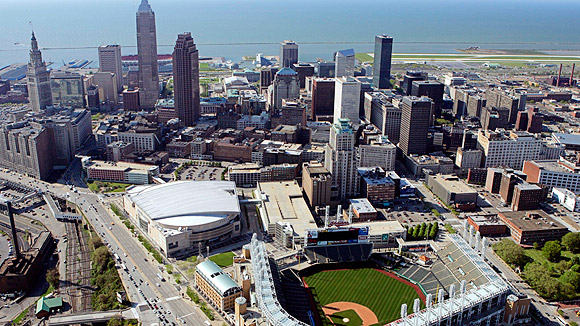 He made it back to Chicago by bus, filed a police report, tracked the phone to some bars in Cleveland, and then it went off grid because it'd been disabled.

We all thought this was the end of the story.

But yesterday Caleb called from Oregon, after they'd arrived at my parents, with other news.

"Have you talked to Tyler?", he asked just after I answered the phone.

"They found my phone!" he exclaimed.

The young man who stole it showed up Sunday at a non-profit coffee shop that also functions as a rehab center in Cleveland. He spoke to the man running the cafe and asked if he could borrow his computer as he'd gotten a new phone but already forgot his password so needed to unlock it using a computer.

The man at the shop knew him, and was suspicious about his story. The young man has a drug problem and has been in and out of rehab, so it seemed unlikely to him that he would have a new iPhone, especially since the man could see he was clearly high on something at the time.

After being on the computer, and no success at unlocking the phone, the young man brought it back to the cafe man.

"I'm on my way to another rehab and can't have a phone or they'll kick me out. Could you keep it for me until Monday? I'll come back and get it then."

Cafe man told him he'd keep it, but when he left he got curious and switched it on.

There on the screen was this message:

"This is a stolen phone. It belongs to Caleb Patty. Please call this number xxx-xxx-xxxx if you find it".

Caleb had been able to remotely place that message on the phone using the Findmyiphone app, and also put an extra layer of security on it making it that much more difficult to jailbreak!!

Unbelievably, the honest cafe man called the number, which was Tyler's, and told him what he'd found.

While this was happening, Caleb and Haley were on a flight to Oregon to see my parents for Thanksgiving. The message caught up to them in San Francisco while they were on a layover.

Cafe man wanted the number of the police report to verify the story, so Caleb got a hold of a friend still at Moody who was able to get into his dorm room, sift through papers until he found the printed out police report, then called back with the report number.

Once cafe man received that he called the police to report his find, and hopefully they'll be there when the young man returns (he has returned a couple of times, but cafe man has not been there to give him the phone). Cafe man told Caleb he put the phone in his safe and will stall the young man when he arrives so that the police will have time to get there.

Cafe man also told Caleb he would mail the phone to him once the police deal with the thief.

So, the story is not quite over...Caleb doesn't have his phone yet.

But, the fact that cafe man found it AND called Tyler about it is really nothing short of miraculous!

When Dave and I first got the news from Caleb about the theft, Dave prayed that somehow the phone would be found. It seemed highly unlikely, but we know we can always pray and ask the Lord for what we want and need.

And in this case, the Lord answered!! The phone was found!

Now we pray that it will also be returned soon.

UPDATE: I actually wrote this two days ago so it would post today, the day after Thanksgiving.

But last night we talked to Caleb and heard the latest news so wanted to add it to this post.

The young man returned for the phone.

Not for the theft of Caleb's phone as that couldn't be proved (the girl couldn't identify him). But he had an outstanding warrant for another crime, so was arrested and taken to jail.

Cafe man really cares about these young guys that come into rehab, but knows that they must face the consequences of their actions. He said while it's hard to see them go to jail, it's also at least a chance for them to sober up and face what they've done in hopes of change.

Of course we know that only true repentance and acknowledgment of Jesus as his Savior will bring lasting change. So I pray for this young man, David - that somehow in all of this, he will hear about Jesus and come to know him.

Cafe man told Caleb he'll put the phone in the mail today so it should be at Moody by Monday or Tuesday.

And that is the rest of the story!
Posted by Unknown at 8:30 AM