With my knee hurting from the fall I took a few days ago, I'm not as mobile as I'd like to be right now.

I had visions of doing many other things while we're here in Croatia, but it seems the Lord had a different plan for me. Even if it was my mistake that caused the pain, He was not surprised by it.

"Grace" my friend tells me. Yes, there is grace, even when it's your fault.

So instead of gallivanting about as I would've liked, I sat on a bench nestled in the trees near where we're staying yesterday. With a warm breeze blowing, and the sea in front of me, it wasn't a bad way to spend my time. 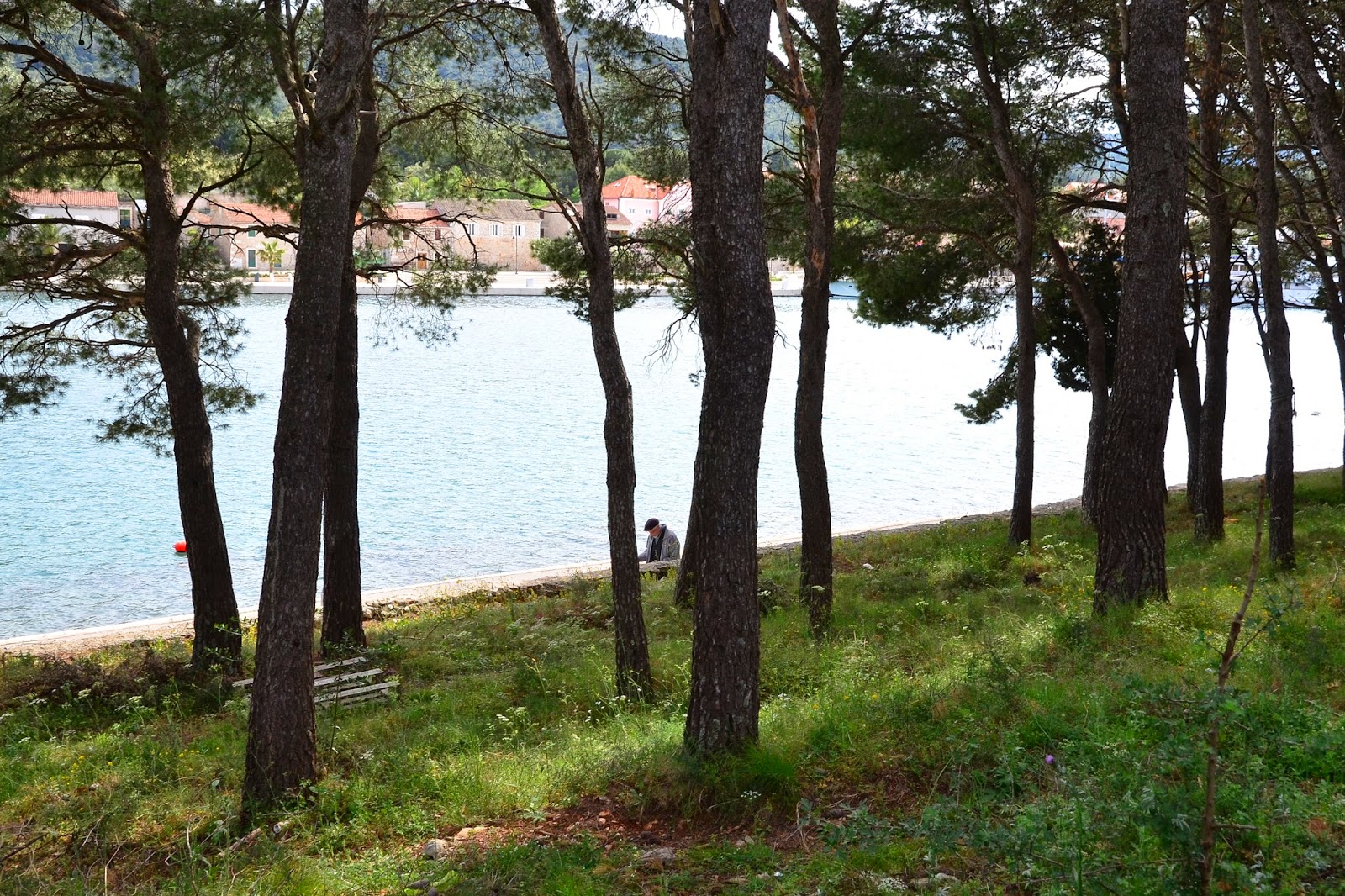 Walking, ever so slowly. 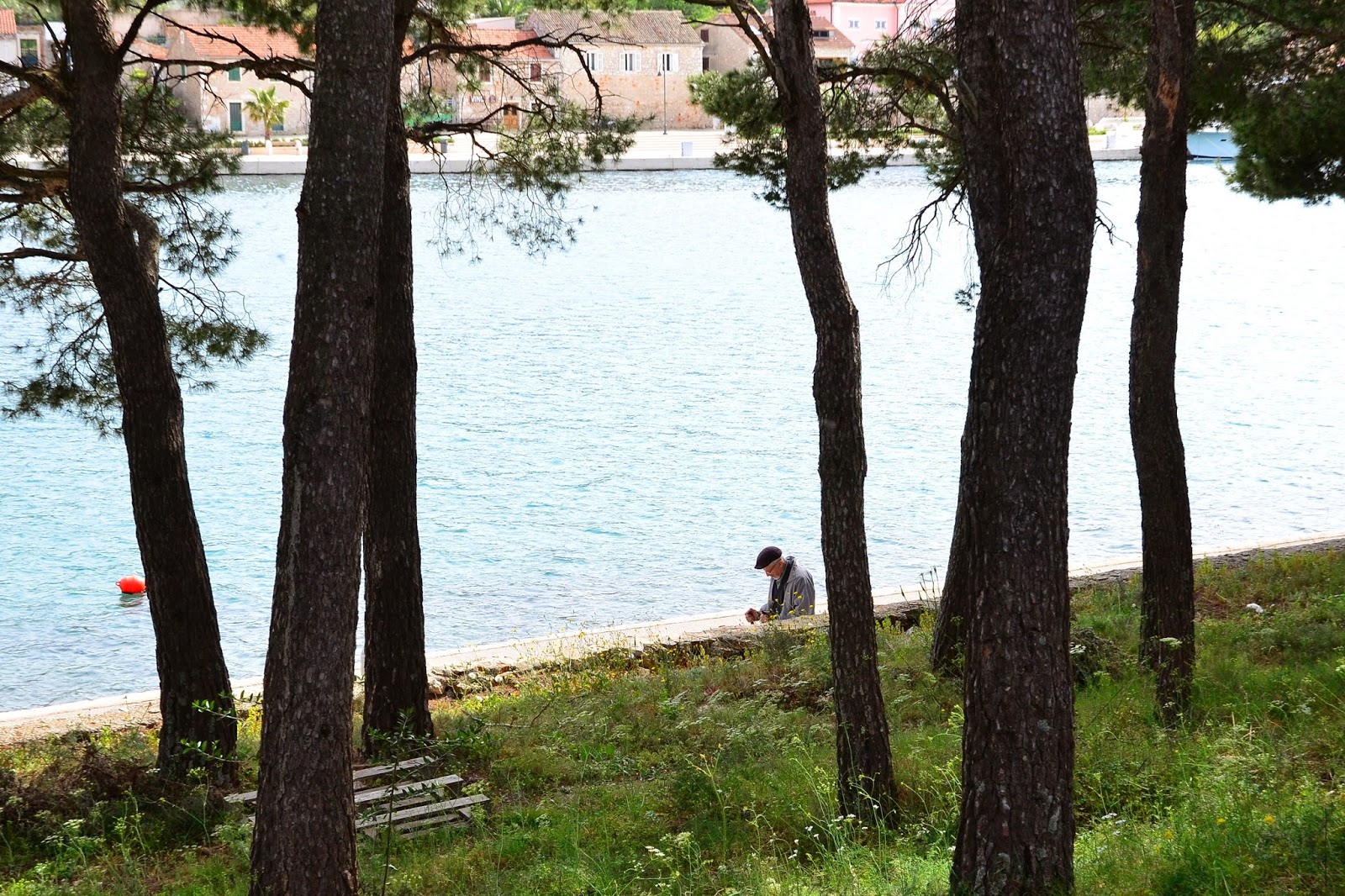 I watched him for a while. And observed him do something once, then again and again.

Five steps. Look at my watch. Another five, and glance at it again. Over and over, I must press on. 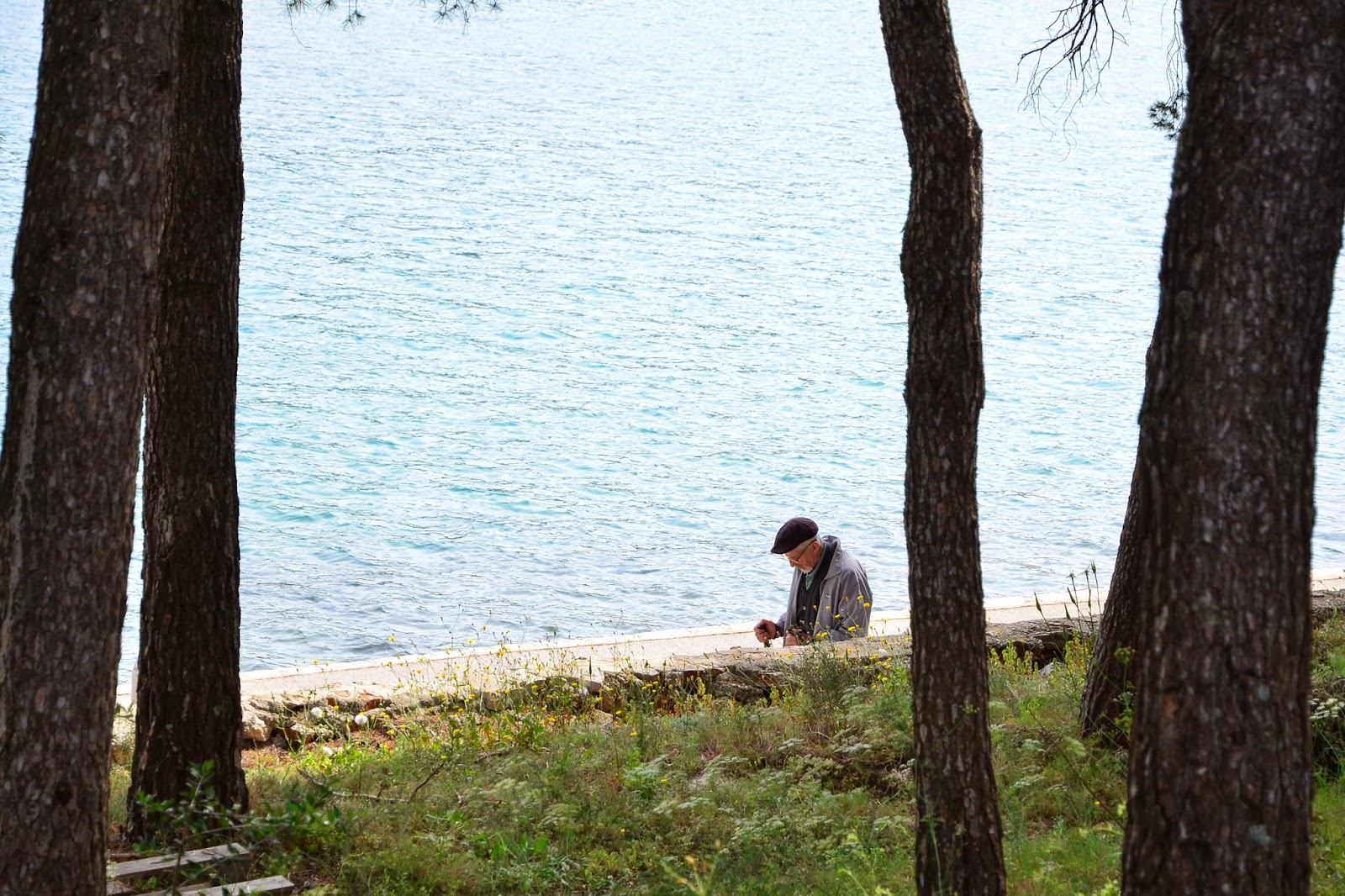 I don't think I have ever walked that slowly, even with a messed up knee!

Perhaps I took walks with toddlers where we dawdled, looking at bugs, flowers and other interesting things along the way. But we were not walking for the sake of walking, but for the sake of discovery. 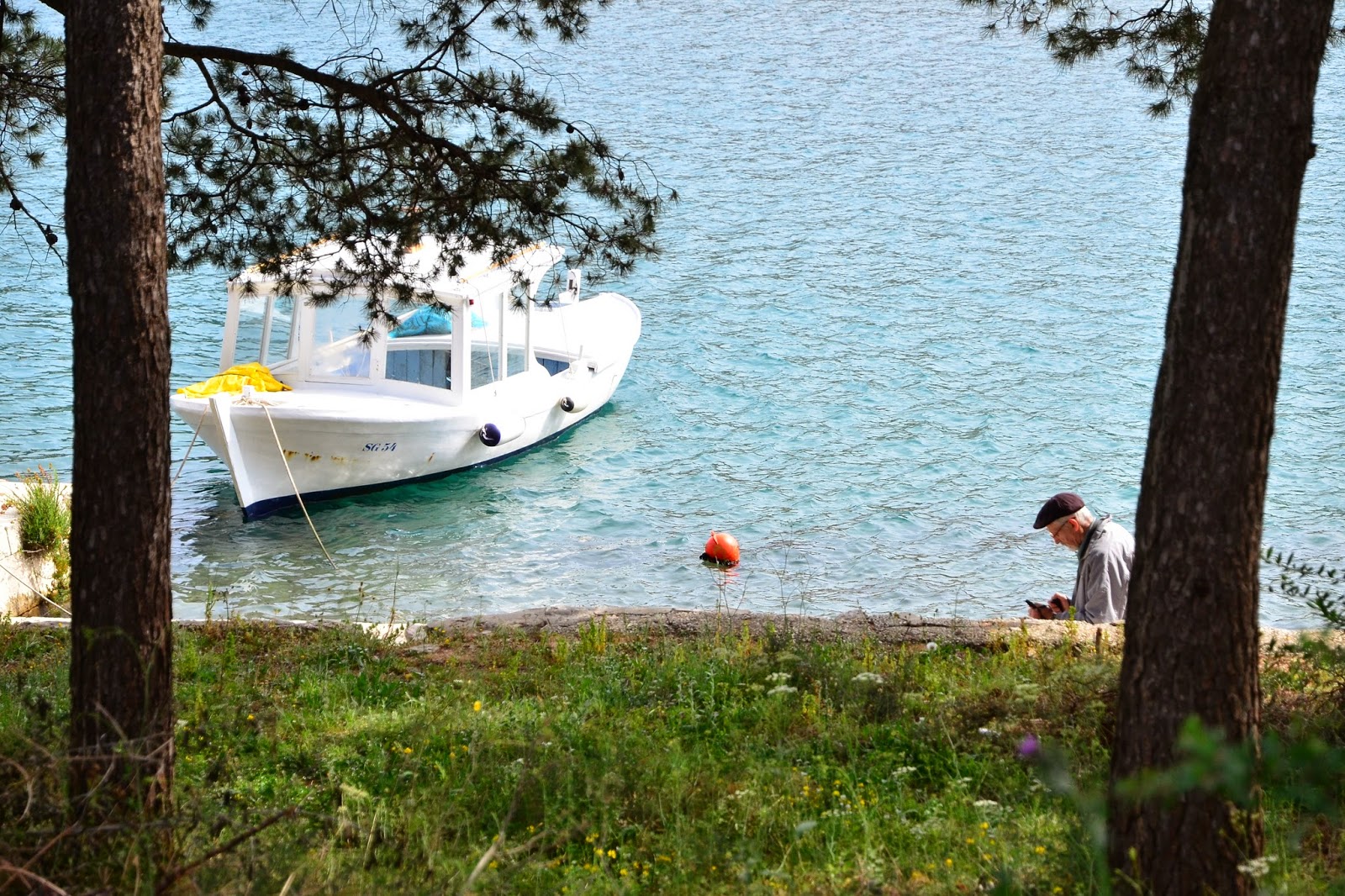 This man, he was walking. For the sake of walking. With his walking sticks in hand, taking five steps at a time then checking his watch, he was on some sort of mission.

But the thought crossed my mind: he's not letting whatever ailment he's suffering from stop him from the simple pleasure of walking. He's pressing on, even if it's slower than a snail's pace. 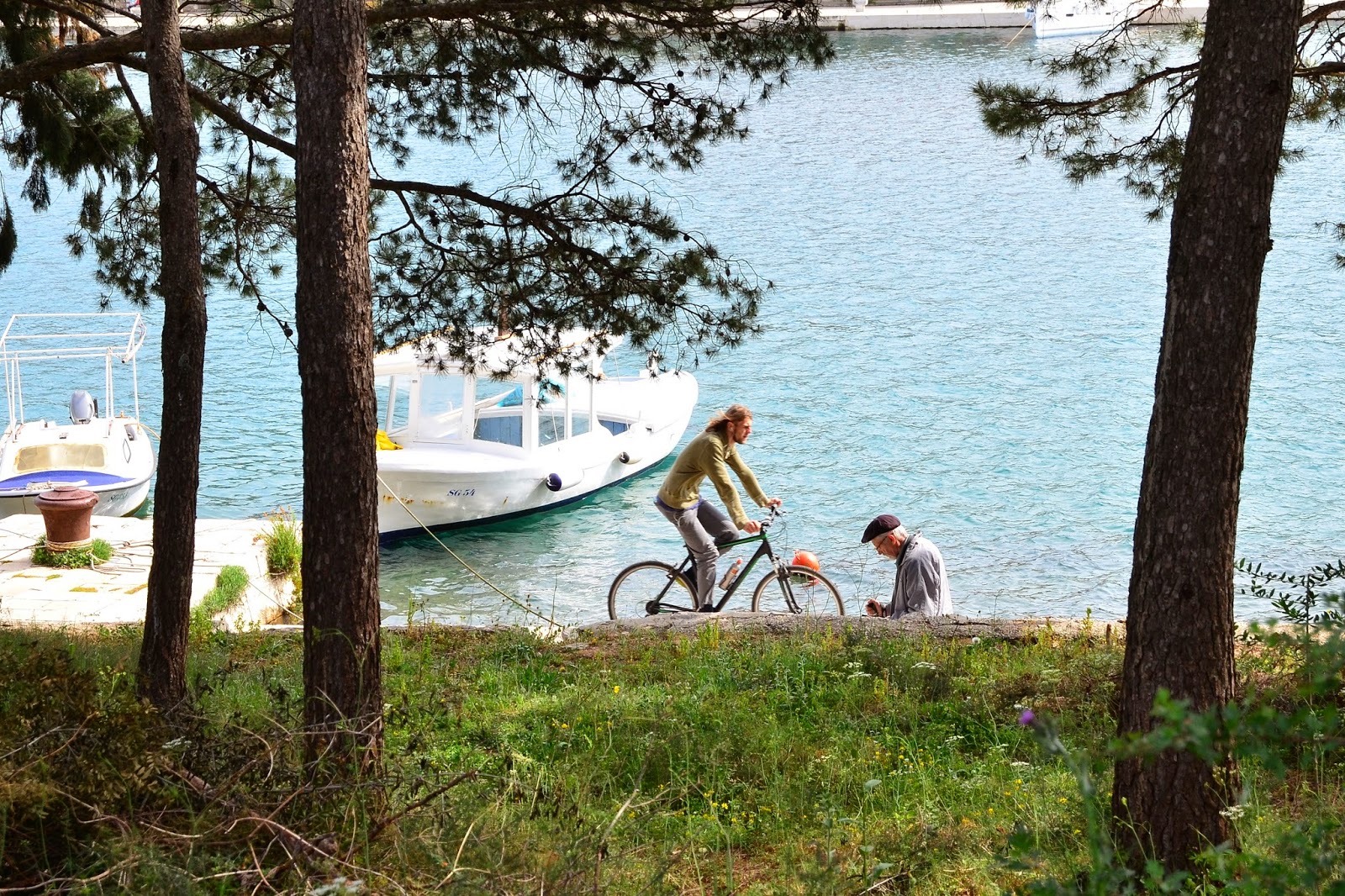 I tend to go through life more like the bike rider, whizzing along, hurrying to the next thing on my list.

But right now, I too am slowed down. No matter how much I want to move more quickly, it's just not possible.

Yet it can't stop me from pressing on, just like this man. Even if I can't go at the speed I normally do, there is much I CAN do! And this I must keep in sight:

"One thing I do: forgetting what is behind and straining toward what is ahead, I press on toward the goal to win the prize for which God has called me heavenward in Christ Jesus."

I can do that, even if I can't walk very fast right now!
Posted by Unknown at 3:49 PM