Today is a special day for Caleb! 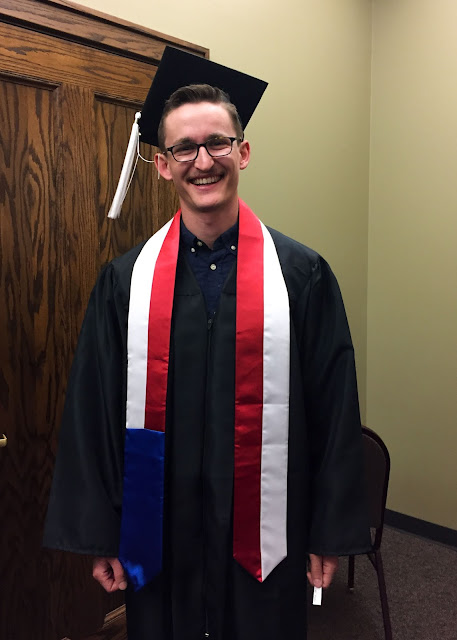 We arrived at Moody Bible Church, downtown Chicago, for our Caleb's graduation from Moody Bible Institute. 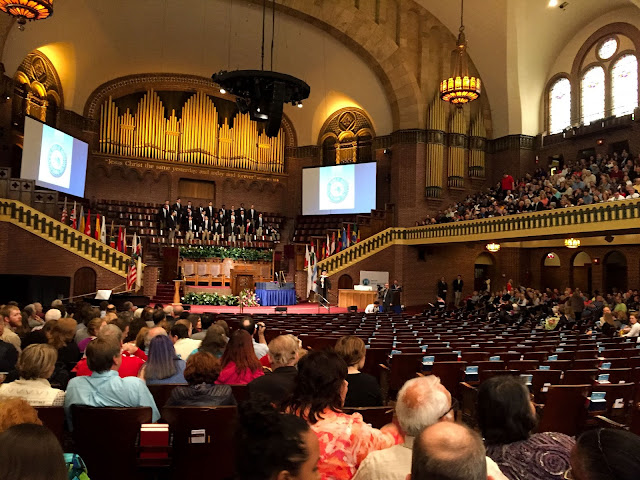 I felt a lump in my throat and a deep sense of gratitude to the Lord for the gift of being able to be present at his college graduation today. 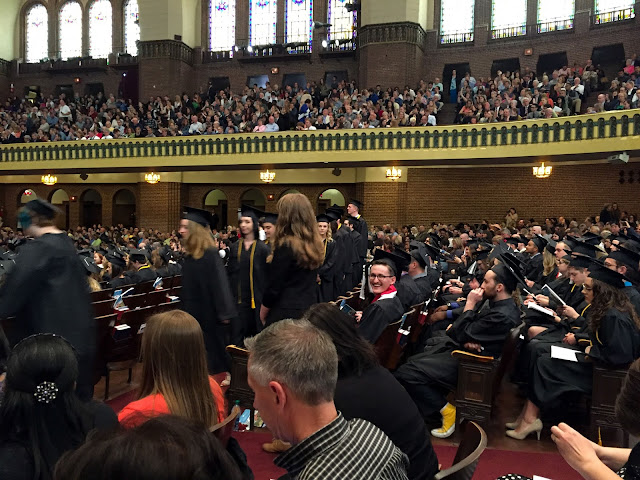 This represents many long months and years of hard work for Caleb as he pursued his passion for the Lord and for the Word of God. Watching him grow these past years in depth of faith, strength of character and to be more like Jesus is so meaningful to me.

We couldn't be more proud of who he has become through his years of study at Moody! 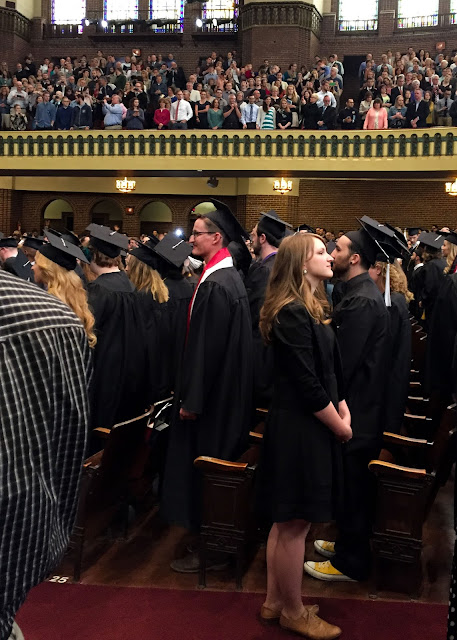 One of the fun things at graduation was watching Caleb be greeted by his sister as he made his way up to the front. She works at Moody for Event and Guest Services, and got to be the head usher for all the graduates as they headed forward for their diplomas! 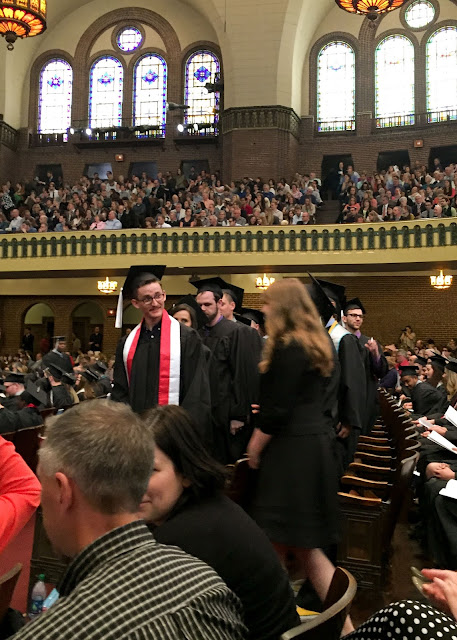 Caleb's degree is a BA in Biblical Studies, which he actually completed in December 2015. But since Moody holds just one graduation ceremony a year, he walked in that ceremony today.


With over 400 graduates, it takes a while for each student to make their way forward. Yet there is such a thrill that moment when you hear your own child's name called! 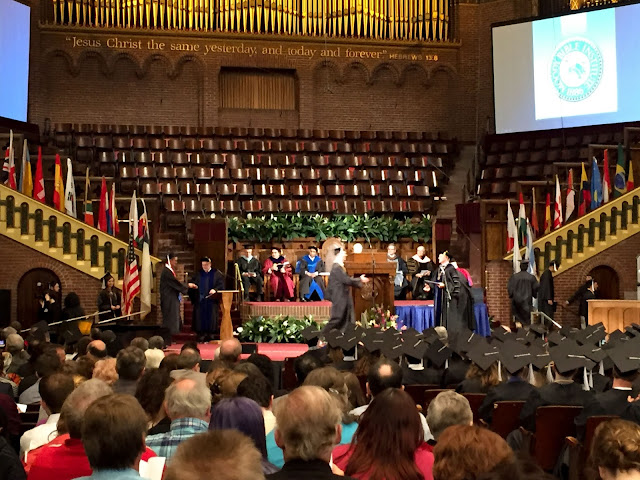 And even more thrilling to watch him receive his diploma from Moody's President, Dr. Paul Nyquist (or rather, receive the cover to his diploma! He already received the diploma in the mail a few months ago). 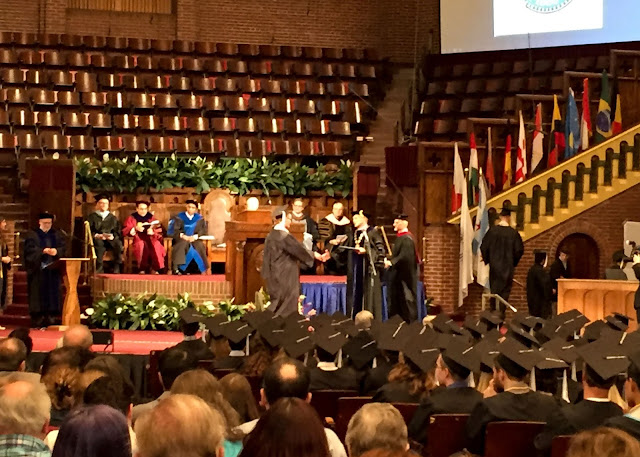 "Caleb, we're so proud of you for this accomplishment! Well done dear son!!!" 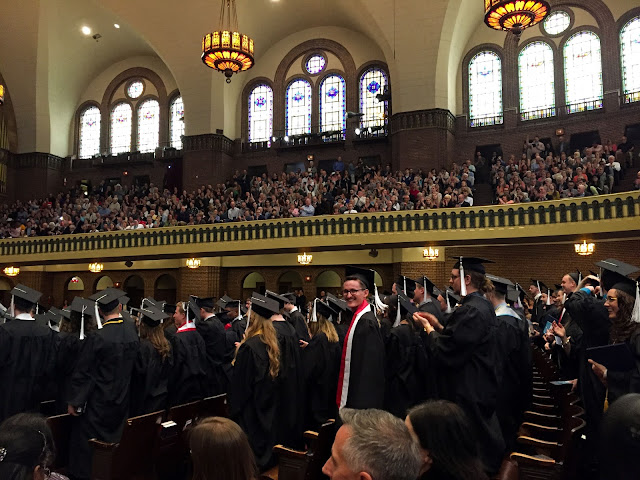 After the ceremony, we headed outside trying to find the rest of the family so we could say goodbye (that's another story!). But I'm so glad I caught this picture of Caleb and Haley on the steps of Moody church. 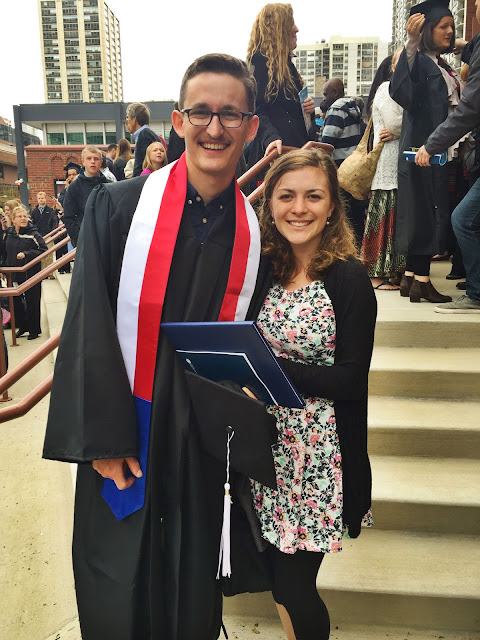 After a flurry of texts to find out where Tyler, Lara and Claire were, we headed back inside the church to the usher's room downstairs for a few last photos together.


There is another photo of all of us that was taken on Claire's camera, but I don't have that one yet as we were both on the move that day. Hopefully I'll get to add it to this blog post later. Glad I have this one that was taken on Dave's phone!

After many hugs, words of love and a quick goodbye, Dave and I rushed off to the airport to catch a flight, feeling such a depth of joy for having been together with our family to celebrate this milestone for Caleb.
Posted by Unknown at 10:30 PM